Aztec Art: A Way of Life

History » The Aztecs » Aztec Art: A Way of Life 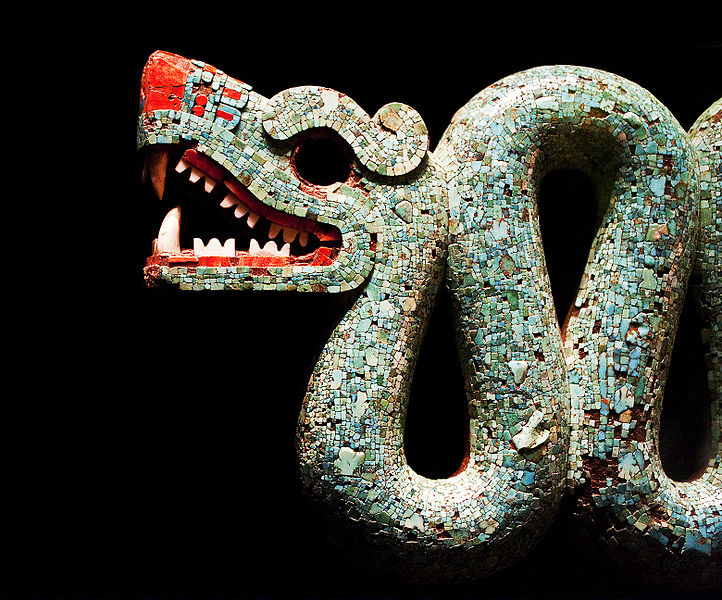 The Aztecs created a rich variety of art works from massive stone sculptures to miniature, exquisitely carved gemstone insects. They made stylized hand crafted pottery, fine gold and silver jewelry and breathtaking feather work garments. The Aztecs were as intimately involved with art as they were with their religion and the two were tightly interwoven. Our knowledge of the Aztec culture mostly comes from their pictogram codices and their art. 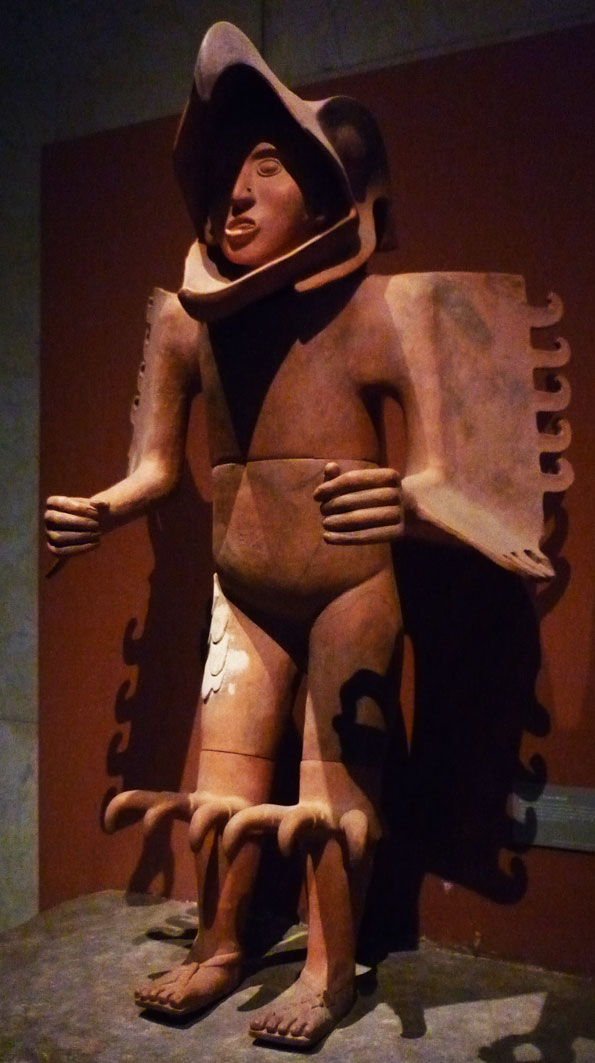 Aztec craftsmen worked images of their gods into much of their artwork. In another article we’ll describe the great stone carvings: the Stone of Tizoc, the massive statue of Coatlicue and the Sun or Calendar Stone, as they are masterpieces of Aztec art. Of gold and silver jewelry, much of it was lost to the conquering Spanish who melted it down for currency. Feather works, unfortunately, don’t last for ages, although some samples remain. Textiles too, are destroyed by time, and pottery is fragile. Energetic stone carvings, however, remain to show us the great artistry of the Aztecs.

While much of the Aztec population worked in agriculture to keep the empire fed and others were involved in the great trading networks, many others devoted themselves to producing the artworks that noble Aztecs loved. Thus, samples of artistic creativity in precious metal jewelry, decorated with jade, obsidian, turquoise, greenstone and coral still exist, mainly in smaller pieces such as earrings or labrets for lips. Pottery from Tenochtitlan and surrounding areas still reveal the fine abstract symbolism of the Aztecs. Feather workers made colorful tilmas for the emperor and nobles, and produced ceremonial costumes for the highest warrior castes, creating intricately decorated shields and headdresses.

Many Aztec families and even villages were devoted to providing artwork for Aztec nobles. Every art had its own calpulli or guild. The nobles in the calpulli provided the raw materials and the artists created the finished works—the magnificent stone carvings, jewelry, elaborate ritual costumes for the great religious ceremonies and feather shirts, cloaks and headdresses. The Aztec emperors received art works as tribute or the artists sold them in the great marketplace at Tlatelolco.

The walls of the great Tenochtitlan Templo Mayor are covered with carvings of Aztec symbolism. Stone carvers created sculptures of the Aztec gods to be used in the monthly religious ceremonies. Very common was the chacmool, a reclining figure which received the extracted hearts and blood of sacrificial victims. Aztecs in the rural regions carved the agricultural gods in both stone and wood, especially Xipe Totec, the god of spring and vegetation. Other carvers worked in miniature, creating tiny shells, insects and plants out of jade, pearl, onyx and obsidian. Artists created mosaic masks used in religious ceremonies with pieces of turquoise, shell and coral. These masks are highly representative of the Aztec devotion to their gods.

Although much Aztec was destroyed during the Spanish conquest, many fine samples of each distinct art form remains to outline for viewers the great talent and technique of Aztec artists. Check the Aztec Resource Page on Aztec art for links to further information.