Aztec Empire: The Importance of Religion

History » The Aztecs » Aztec Empire: The Importance of Religion 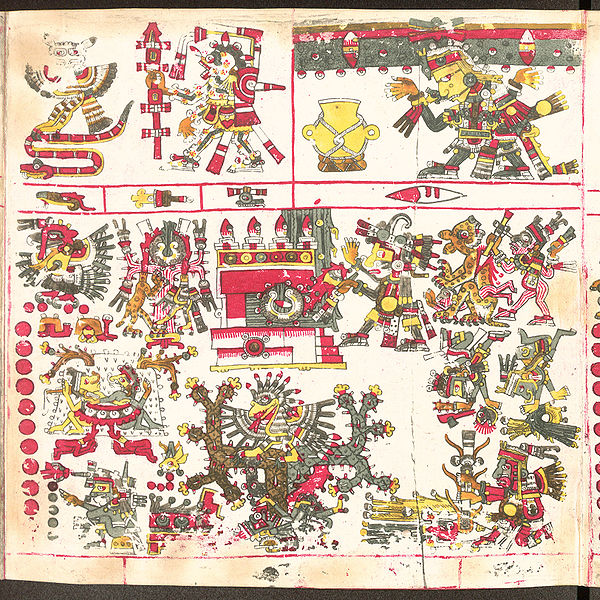 To understand the Aztecs, it is necessary to understand, as best we can, their religious beliefs and how those beliefs manifested in their culture. To that end, we will look at their religion in general, the gods, sacred calendar and temples here. Other articles will cover religious ceremonies and rituals and the practice of human sacrifice.

Religion Ruled All of Life

Aztecs were a devoutly religious people, to the extent that no Aztec made a decision about any aspect of his or her life without considering its religious significance. The timing of any event large or small required consulting the religious calendar. No child was named before a special priest, a diviner, could consider what name might best fit the child’s tonali or fate. Religion permeated every aspect of Aztec life, no matter what one’s station, from the highest born emperor to the lowliest slave. The Aztecs worshipped hundreds of deities and honored them all in a variety of rituals and ceremonies, some featuring human sacrifice. In the Aztec creation myths, all the gods had sacrificed themselves repeatedly to bring the world and humans into being. Thus, human sacrifice and blood offerings were necessary to pay the gods their due and to keep the natural world in balance.

The main Aztec gods can be classified in this way:

We will explore these gods in greater detail in a later article.

The Aztecs used two systems for counting time. The Xiuhpohualli was the natural solar 365-day calendar used to count the years; it followed the agricultural seasons. The year was separated into 18 months of 20 days each. The 5 extra days at the end of the year were set aside as a period of mourning and waiting. The second system was the ritual calendar, a 260-day cycle used for divination. Every 52 years the two calendars would align, giving occasion for the great New Fire Ceremony before a new cycle started.

The Aztecs built temples at the top of sacred mountains as well as in the center of their cities. The temple we know most about is the Templo Mayor in the heart of what was Tenochtitlan, now Mexico City. At the top of this 197 foot tall pyramid stood two shrines, one to Tlaloc, the god of rain and one to Huitzilopochtli, the god of war. Templo Mayor was in the center of a great plaza, one of 75 or 80 buildings which constituted the religious center of the city. Sacrificial victims walked up the numerous steps to the top of the pyramid. After their hearts were extracted and given to the gods, their bodies were thrown down into the plaza.