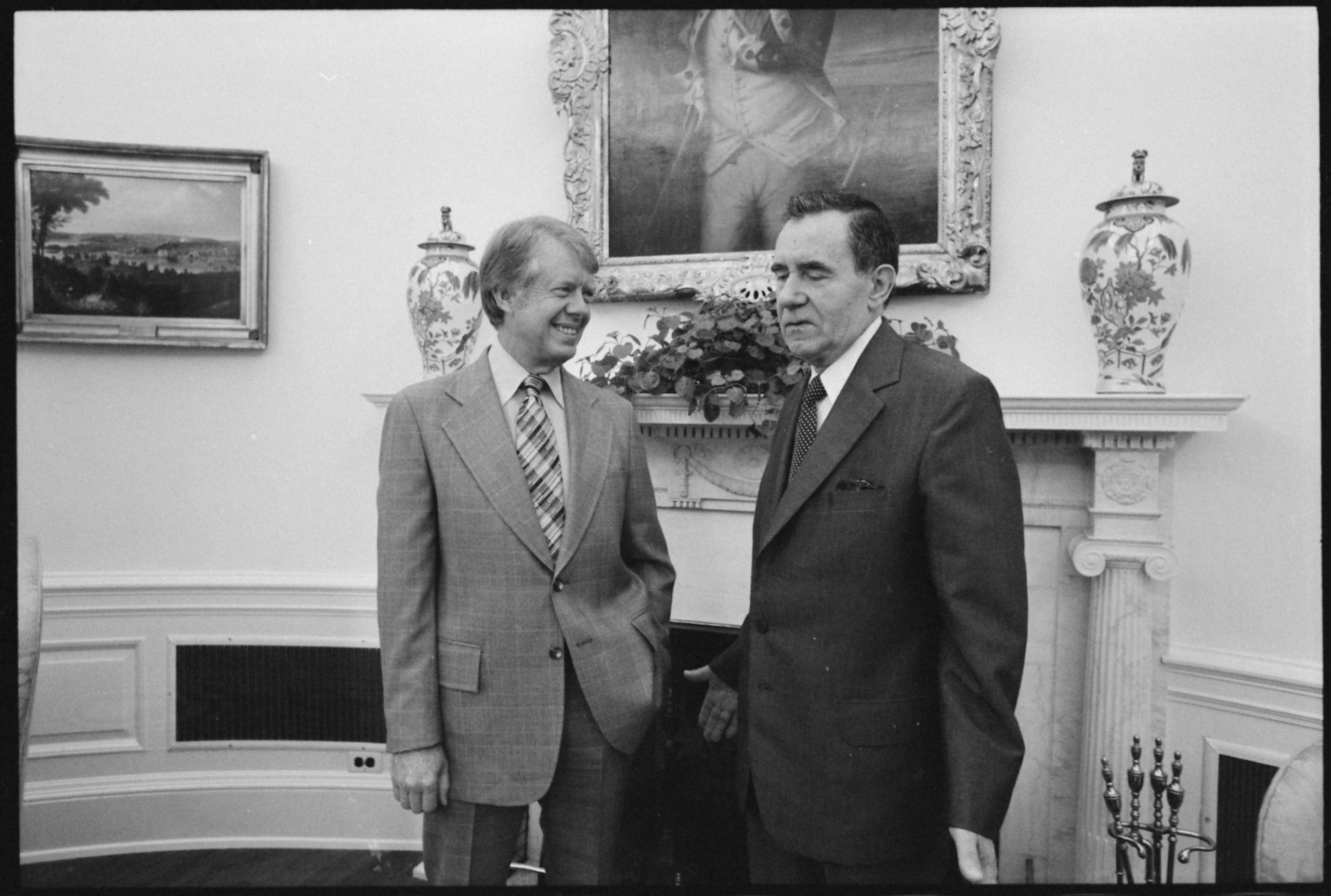 The following article on the Jimmy Carter foreign policy is an excerpt from Lee Edwards and Elizabeth Edwards Spalding’s book A Brief History of the Cold War It is available to order now at Amazon and Barnes & Noble.

The Carter Foreign Policy has been summarized by some analysts as good intentions gone wrong. Carter thought that most of the world’s problems flowed from the often antagonistic relationship between the developed North and the undeveloped South—often called the Third World. So he set about eliminating the causes of conflict. He negotiated a treaty turning over the Panama Canal to Panamanian control by the end of the century. He cut off U.S. support of the authoritarian Somoza regime in Nicaragua, enabling the Cuban-backed Sandinistas to overthrow Somoza and gain control of the government.

The Carter Foreign Policy’s Effect on the Cold War

As part of its human rights campaign, the Carter administration advised the Iranian military not to suppress accelerating pro-Islamic demonstrations and riots. The shah of Iran, the chief U.S. ally in the region, was soon in exile. Encouraged by the Ayatollah Khomeini, the de facto leader of the country, militant Iranians paraded through the streets calling America the “great Satan.” They seized the U.S. embassy in Teheran and held fifty-two Americans as hostages for fourteen and a half months.

Carter made the mistake of admitting publicly that he felt the same helplessness that a powerful person feels when his child is kidnapped. As the political scientist Michael Kort points out, the admission made the United States look like “a weak and helpless giant as the Iranians mistreated the hostages and taunted the president.” A failed rescue attempt in April 1980 only made the United States and the president look weaker. Not until the eve of Carter’s leaving office in January 1980 (after having been defeated for reelection) did Iran release the hostages. “By then,” writes Kort, “Carter’s foreign policy and his presidency lay in ruins.”

The renowned scholar of foreign affairs Jeane Kirkpatrick (later the U.S. ambassador to the United Nations under Reagan) thought that Carter’s pivotal mistake was his failure to distinguish between the relative danger of totalitarian and authoritarian regimes. Carter did not perceive that the shah of Iran and Nicaragua’s Somoza were less dangerous to U.S. interests than the fundamentalist Muslim and Marxist regimes that replaced them. In her definitive 1979 essay, “Dictatorships and Double Standards,” Kirkpatrick wrote:

The foreign policy of the Carter administration failed not for lack of good intentions but for lack of realism about the nature of traditional versus revolutionary autocracies and the relation of each to the American national interest. . . . [T] raditional authoritarian governments are less repressive than revolutionary autocracies, are more susceptible of liberalization, and they are more compatible with U.S. interests.

President Carter’s single major accomplishment in foreign policy came in 1978 when he brought Prime Minister Menachem Begin of Israel and President Anwar Sadat of Egypt to the United States to negotiate and sign the Camp David Accords, which established peace between two old enemies and marked a significant shift in Arab resistance to Israel’s right to exist. They were an historic achievement but had little impact on the Cold War.

This article on Carter foreign policy is an excerpt from Lee Edwards and Elizabeth Edwards Spalding’s book A Brief History of the Cold War. It is available to order now at Amazon and Barnes & Noble.