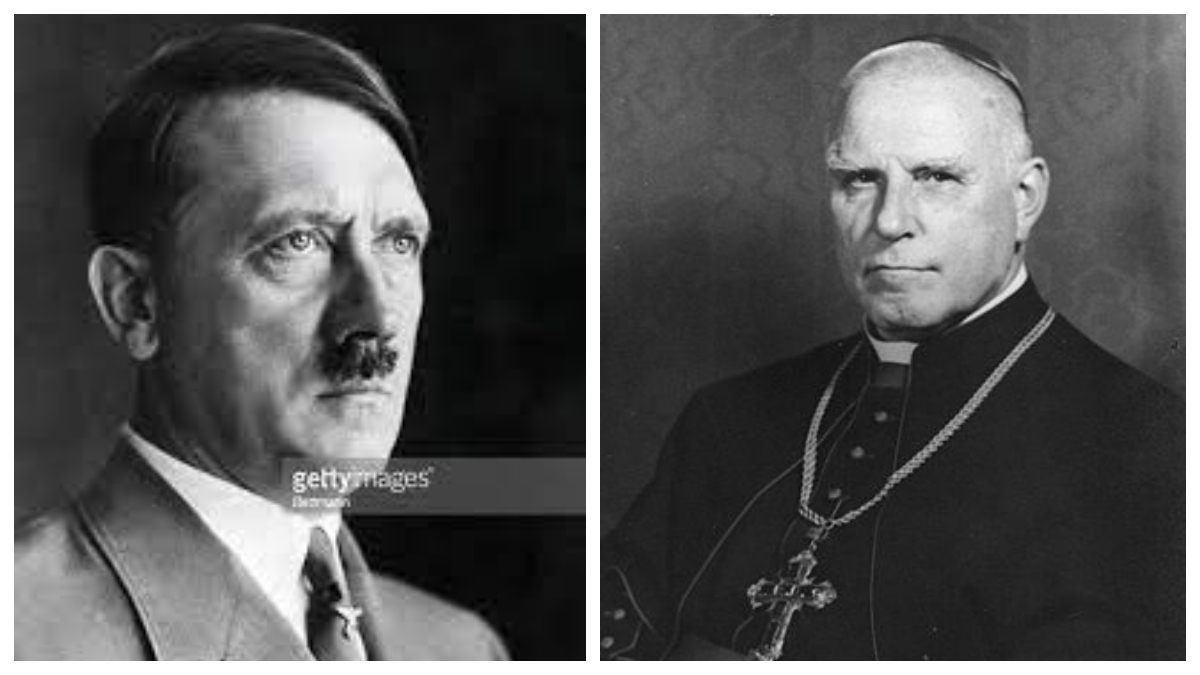 By all accounts, Clemens August Graf von Galen was an exemplary figure in his life who now seems somewhat lost to history.

His loud and vituperative opposition to the Nazis placed him well on the right side of history and was a great example of charming defiance.

It was in 1931 where Galen, as a minister at St. Lambert’s, released Die Pest des Laizismus und ihre Erscheinungsformen ( “The Plague of Laicism and Its Manifestations”). It was published as polemic and meant to act as a pushback to an outbreak of secularism in post-World War 1 Germany.

According to Brittanica.com, He was made bishop of Münster in 1933. At first, Galen hoped that the Nazis would restore Germany to the position of respect that it had lost in World War I. But, disenchanted with the anti-Catholic propaganda and racism of Adolf Hitler’s regime, Galen soon became a powerful critic of the Nazis.

His opposition to the Nazis, particularly their racism and totalitarianism, began on Easter 1934 and continued unabated. He frequently complained directly to Hitler when he felt that the German dictator had violated the concordat he had signed in 1933 with the Vatican.

When in November 1936 the Oldenburg Nazis removed all crucifixes from the schools, Galen’s protest sparked a public demonstration, and the order was canceled. In July and August, 1941 Graf von Galen preached against the general lawlessness of the Gestapo, the confiscation of religious property, and the T4 Program instituted by Hitler in 1939—a program involving the systematic murder of more than 70,000 sick, elderly, mentally retarded, physically infirm, emotionally distraught, and disabled Germans, who were an embarrassment to the myth of Aryan supremacy.

On August 3, 1941, he grounded his sermon on the biblical commandment not to kill:

The first batch of innocent folk have left Marienthal under sentence of death….And so we must await the news that these wretched defenceless patients will sooner or later lose their lives. Why? Not because they have committed crimes worthy of death….

It is simply because that according to some doctor, or because of the decision of some committee, they have no longer a right to live because they are “unproductive citizens.”…

Once [we] admit the right to kill unproductive persons…then none of us can be sure of his life. We shall be at the mercy of any committee that can put a man on the list of unproductives. There will be no police protection, no court to avenge the murder and inflict punishment upon the murderer.…

A curse on men and on the German people if we break the holy commandment “Thou shalt not kill” which was given us by God on Mount Sinai with thunder and lightning, and which God our Maker imprinted on the human conscience from the beginning of time! Woe to us German people if we not only licence this heinous offence but allow it to be committed with impunity!

The “euthanasia” program (code-named “Operation T-4”) was Nazi Germany’s first program of mass murder. In the fall of 1939, Hitler signed a document on his own private stationery which empowered physicians to grant a “mercy death” to “patients considered incurable according to the best available human judgment of their state of health.”

But while euthanasia, as we know it, may (or may not) be excused as the amelioration of the suffering, here it’s aim was the mass murder of the mentally and physically disabled, thus “cleansing” the “Aryan” race of persons considered genetically defective and a financial burden to society.

According to History Unfolded, public health authorities encouraged parents of children with disabilities to admit their young children to one of a number of specially designated pediatric clinics throughout Germany and Austria were specially recruited medical staff murdered their young charges by lethal overdoses of medication or by starvation. The killings rapidly expanded to include adult patients in public and private hospitals, mental institutions, and nursing homes for the chronically ill and aged. Beginning in January 1940, patients were transported to one of six gassing installations for killing and cremation. According to T-4’s own internal calculations, 70,273 people were killed at the six gassing facilities between January 1940 and August 1941.

A handful of church leaders, local judges, parents of victims, and some physicians protested the killings.  Count von Galen, who protested the T-4 killings in a sermon on August 3, 1941. Thousands of copies of the sermon were printed and circulated. Galen himself was not punished because Hitler did not want to clash openly with the Catholic Church, although a number of lower-level priests who read his homily from their pulpits in the following weeks were persecuted. In the sermon, Bishop Graf von Galen exclaimed to his congregants:

“If you establish and apply the principle that you can kill ‘unproductive’ fellow human beings then woe betide us all when we become old and frail!… it is only necessary for some secret edict to order that the method developed for the mentally ill should be extended to other ‘unproductive’ people….”

In response to such pressures, Hitler ordered a halt to Operation T-4 on August 24, 1941. Despite the official halt to Operation T-4, however, “euthanasia” killings continued under a different, decentralized form throughout the German Reich. In all, at least 250,000 people with mental and physical disabilities were murdered from 1939 to 1945 under the T-4 and its auxiliary programs.