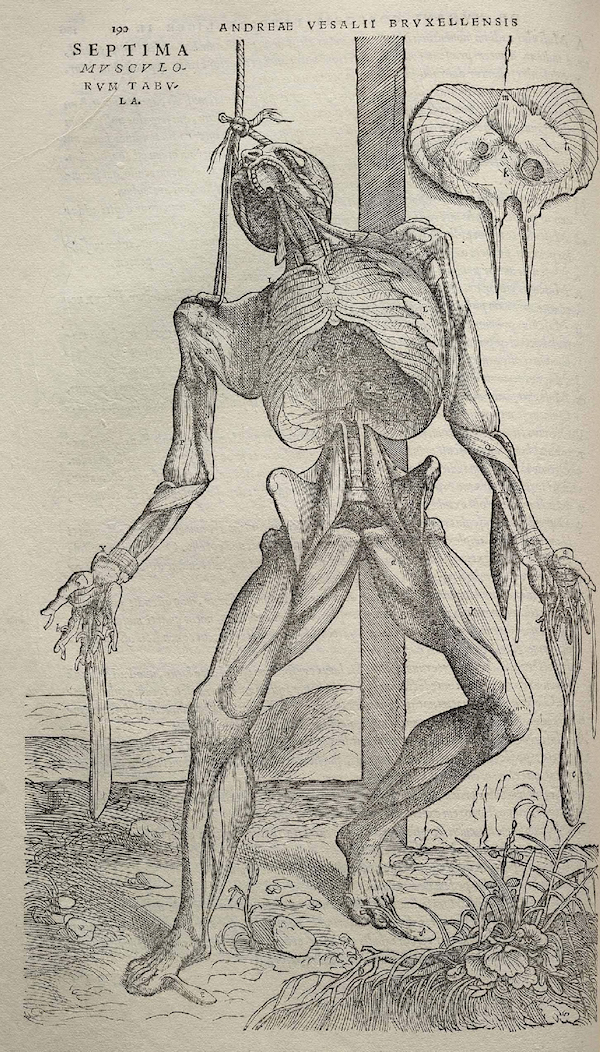 If you think, as some do today, that many drugs used as medicines are potentially deadly, consider what people living in medieval times were prescribed as curative agents—from ground up corpses to toxic mercury to crocodile dung. The annals of medieval medical history are full of substances that make us cringe. Yet people believed in these cure-alls and willingly took them when prescribed by a doctor of the Middle Ages.

While we may laugh or shudder at these strange potions and treatments, we should also keep in mind that many if not most medicines of the time also called for beneficial herbs and spices, which contained essential phytonutrients, vitamins and minerals that no doubt aided a body’s ability to heal. Modern medicine no longer prescribes powdered corpses, but it makes use of human body parts, although these days it’s organ transplants and blood transfusions. 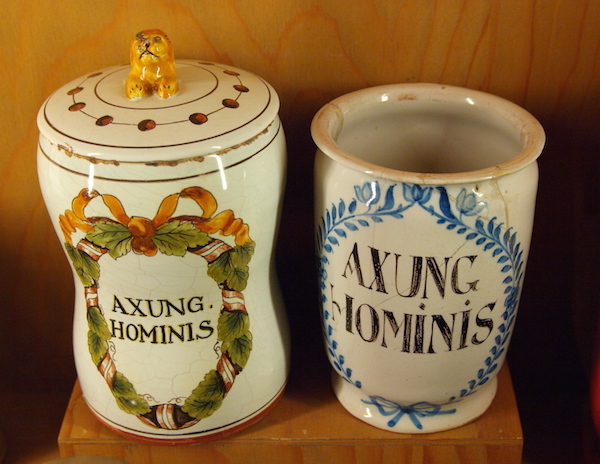 Using human cadavers as medicine dates back to antiquity. Egyptians, for instance, created mummies from the dead and used powdered mummies as medicines. Romans drank the blood and ate the organs from freshly dead gladiators, as it was thought the spirit of the person would be transferred to the patient. Medieval physicians also prescribed body parts of dead people as medicines. One of the medical theories of the time was homeopathy—the idea that like cures like. A skull, dried and powdered, was used to treat headaches, apoplexy and epilepsy, for example. In later times, King Charles II of England created a tonic from powdered skull and alcohol known as the King’s Drops.

Hangmen and official executioners usually processed the bodies of executed criminals and slain enemies, grinding up the bones and skull and rendering the fat. Medieval patients rubbed rendered human fat on arthritic joints or made it into salves for gout. Apothecaries carried items such as powdered mummies, ground skull and jars of Axung Hominis—the name for the fat. Usnea, a moss that grows in graveyards (among other places), was usually added to these medicines. While it’s unlikely that consuming cadavers helped anyone, the usnea at least would have helped boost a patient’s immune system, as modern herbalists recommend it today for that reason. 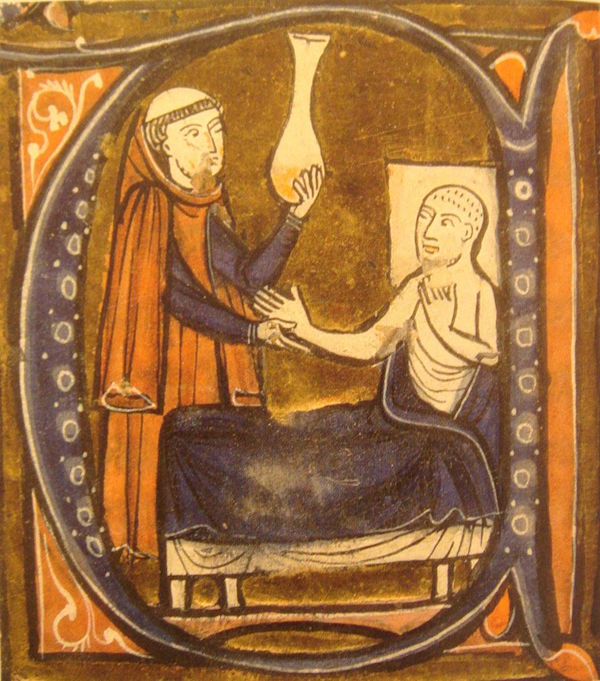 Another item that makes modern folks squeamish was often used in medicine from ancient times through the medieval era and into modern times: animal dung. Medieval physicians prescribed Greek white, which meant the white coating on dried dog dung, for sore throat, tonsillitis and lung ailments. It was also applied externally to dissolve tumors. Dung from different animals had therapeutic uses for different ailments; mice excrement was useful for intestinal worms, for example. A 12th century doctor might recommend oxen dung for rheumatism or fever, while that of sheep was used for jaundice. Some medieval compounds might call for crocodile or elephant dung, but most likely what was stocked in a London apothecary was that of dog (known as Album graecum), cow or horse. While we may look askance at the use of dung, dried dung from healthy animals does have antimicrobial and even antibiotic properties.

Mankind has used human urine for eons. On the battlefield, urine was the predominant antiseptic, and soldiers readily urinated on each other’s wounds to clean them. Since urine is sterile, this makes sense—the soldier’s urine was probably cleaner than any nearby water. Medieval doctors recommended fresh urine to treat sores, burns and insect bites. George Thomson, a physician in London in 1666, recommended using urine for the plague. Stale urine, when mixed with ash, was applied to a baby’s bottom in case of rash. Apothecaries of the time made processed or distilled urine to sell. Medieval ladies used their own urine on their skin as a beauty treatment. Before you snigger, remember that urea is a prime component in modern medicinal skin creams.

Urine had one other major medicinal use in the Middle Ages: doctors used a patient’s urine as a diagnostic tool. They carefully checked the color of a patient’s urine against a medieval urine chart, then smelled and tasted the urine to help them diagnose disease. 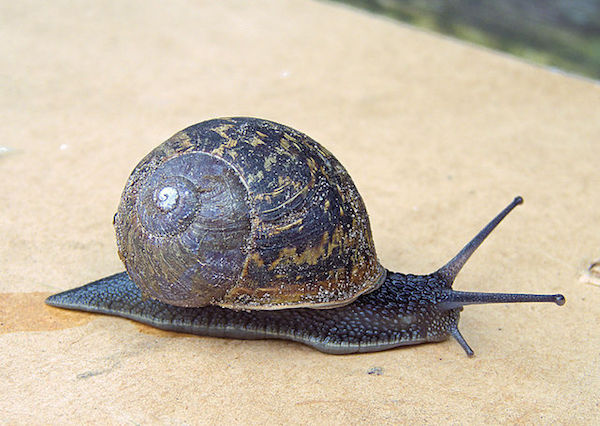 A sovereign remedy for sore throat during medieval times was snail syrup. To concoct the syrup, people ventured out to their gardens at daybreak and gathered common garden snails, about a pound of them. They’d remove the shells and slit the snails, then put them in a bag with a half pound of sugar. Under the bag, they’d place a basin to collect the syrup from the snails as they gradually dissolved from the sugar and dripped through the bag. This mucilaginous essence of snail was then used for a variety of maladies: internally for gastrointestinal ulcers, coughs, sore throat and externally for burns and wounds. Medieval ladies collected snail secretions to beautify their skin. Although this sounds disgusting, snail slime stimulates collagen and elastin production; in fact, modern cosmetic companies use snail slime in beauty creams. 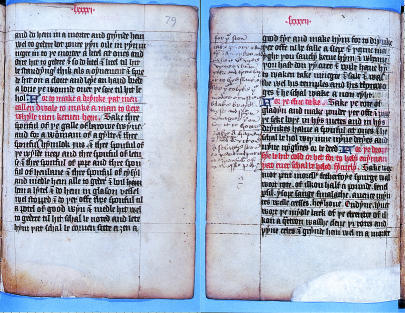 Ancient doctors of many cultures had to deal with infected wounds. In Egypt and Greece, physicians of old used mouldy bread and honey to treat wounds. This knowledge passed down through the ages to medieval doctors, who also recommended mouldy bread for wounds. While none of these doctors knew of bacteria, they were nevertheless well aware of infection and its dangers. Medieval doctors in Poland recommended mouldy bread wrapped with spider webs for infected wounds, where the bread’s penicillium glaucum mould provided some antibiotic action.

Common knowledge has it that prior to the development of general anaesthesia about 170 years ago, those unlucky enough to need an operation had no recourse but to bite down on a thick hunk of leather or drown themselves in booze. However, researchers have since discovered evidence of an anaesthetic herbal recipe dating from Roman times through the medieval. A potent mix of herbs in alcohol could render a patient unconscious long enough for a doctor to operate—that is, if it didn’t kill him outright. This concoction was called dwale.

Many manuscript recipes for dwale exist, calling for many of the same ingredients: boar bile, wild lettuce, opium, henbane, bryony, mandrake root, hemlock and vinegar. Some of these herbs are relatively harmless: bile, lettuce, vinegar and bryony. The others are dangerous and powerful: opium, mandrake root, henbane and hemlock. A few spoonfuls of each herb were mixed in water, then boiled. Just before an operation, three spoonfuls of the herb decoction were added to a glass of wine. The patient was told to drink the drugged wine until he fell asleep—at which point the doctor would operate. While dwale could knock a patient unconscious, it could also kill as henbane, mandrake and hemlock all contain poisonous alkaloids.