History » The Mayans » Distinctive Features of the Maya Culture 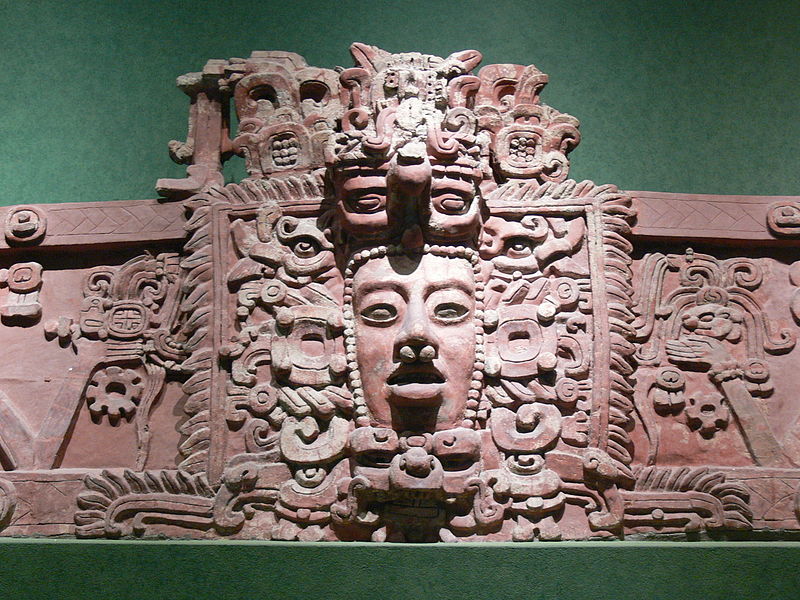 Mayans lived in southern Mexico and northern Central America including Guatemala, El Salvador, Honduras and Belize. This area includes the northern lowlands, central lowlands and southern highlands. These areas include rainforests, savannas, semi-arid highland plateaus, semi-alpine peaks and swampy low areas. Such an array of landscapes is host to a rich diversity of wildlife and plants; Maya culture adapted creatively to this diverse natural world.

The Maya religion centers on the cyclical nature of time, in constant birth, death and rebirth. Maya rituals follow both terrestrial and celestial cycles, which Maya priests were expert at reading. Maya civilization depended on maize or corn and the Maya maize god was of central importance. Like the Aztecs, Mayans practiced human sacrifice, although not to the extent of the Aztecs. Auto-sacrifice, or bloodletting, by rulers, priests and nobles was common. Great pyramids held temples and tombs amid huge central plazas in every Maya city. Religion was central and a vital component of Mayan life.

A Maya city can be recognized from the stepped pyramids, huge plazas and expansive palaces built for kings and nobles. One religious ritual common to many Mesoamerican cultures was the sacred ball game, with a ball court built close to temples. Carved stone monuments called stelae are found all over the Mayan areas. Stelae were carved in bas relief to celebrate the life and deeds of Maya rulers and nobles and can still be seen today. With the invention of the corbelled arch, Maya builders created light and airy rooms that lent their temples and palaces a decided gracefulness.

The Maya developed a complex writing system that represented their spoken language, the only fully developed writing system from a Stone Age culture. Maya script relied on over a thousand glyphs or symbol which could represent either a syllable or a word. The Maya wrote books called codices made of bark paper and folded like an accordion.

The Maya excelled in their use of mathematics especially as it pertained to astronomy and the working out of their calendar. The astronomical observations of the Maya were quite accurate, denoting the movements of the planets, particularly Venus, and the sun and moon. From these excellent astronomical notations, the Maya constructed and perfected the Mesoamerican calendar, which included both the sacred, ritual 260-day calendar and the 365 day solar calendar with the Long Count Calendar. The Long Count Calendar began on the date August 11, 3114 B.C. and entered its next cycle on December 21, 2012. The brouhaha over the end of the world date of December 21, 2012 began when the end of a long cycle was interpreted as the end of the world.