Hungarian Revolution of 1956—A Summary 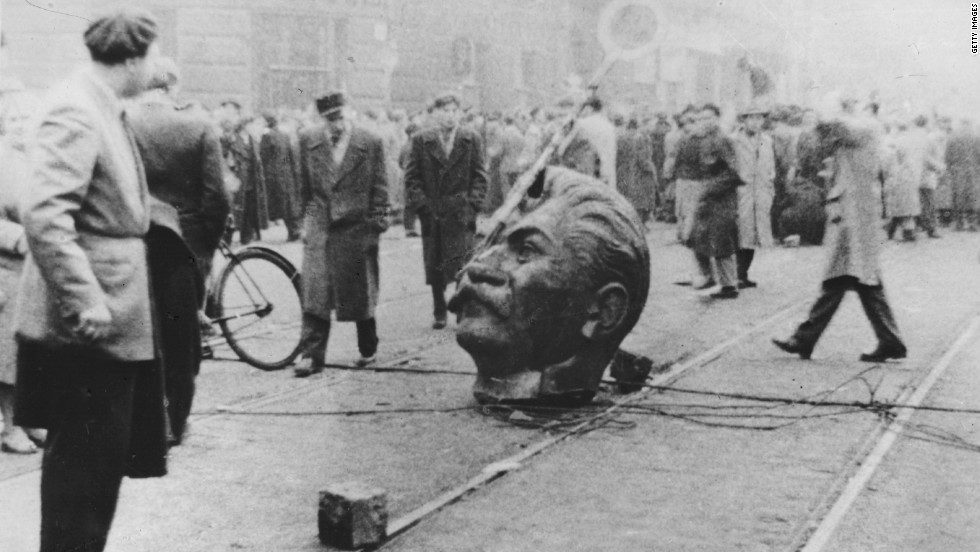 The following article on the Hungarian Revolution is an excerpt from Lee Edwards and Elizabeth Edwards Spalding’s book A Brief History of the Cold War It is available to order now at Amazon and Barnes & Noble.

Eisenhower was president at a time, said Congressman Walter Judd, when the world was “filled with confusion,” when a third of its people had gained their independence, and a third had lost it. “No such convulsions have ever previously occurred in all of human history.” Yet for the majority of Americans, the Eisenhower years went by so calmly—at least until the Soviets shot down an American U-2 spy plane in 1960—that they did not realize what serious dangers had been overcome. Still, there was some criticism of Eisenhower’s foreign policy, particularly the U.S. response to the failed Hungarian Revolution of 1956.

On October 22, 1956, five thousand students crammed into a hall in Budapest and approved a manifesto that, among other things, called for the withdrawal of Soviet troops from Hungary, free elections, freedom of association, and economic reform. The following day, thousands filled the streets of the capital city, chanting “Russians go home!” and ending up in Hero Square, where they pulled down a giant statue of Stalin.

“In twelve brief days of euphoria and chaos,” writes the historian Anne Applebaum, “nearly every symbol of the communist regime was attacked” and, in most cases, destroyed. Along with eight thousand other political prisoners, Cardinal Joseph Mindszenty was released from the prison in which he had been kept in solitary confinement. Hungarian soldiers deserted in droves and gave their weapons to the revolutionaries. But then Soviet tanks and troops rolled back into the city in the first days of November to crush the Hungarian Revolution, brutally crushing the revolution and killing an estimated two thousand people. Nearly fifteen thousand were wounded. According to the authoritative Black Book of Communism, thirty-five thousand people were arrested, twenty-two thousand jailed, and two hundred executed. More than two hundred thousand Hungarians fled the country, many of them to America.

Conservatives charged that the Eisenhower administration, after encouraging resistance if not revolution, failed to help the Hungarian freedom fighters. In some of its broadcasts, Radio Free Europe, financed by the U.S. government and run by Eastern European exiles, gave the impression that the West might come to the Hungarians’ assistance. It didn’t. There were several reasons why America did not act in Hungary:

Outwardly unsuccessful, the Hungarian Revolution showed that communism in Eastern Europe was weaker than anyone, including the communists, realized. An empire viewed by many in the West as invincible was exposed as vulnerable.