Last Night on the Titanic: The Cooks

History » Podcast Episodes » Last Night on the Titanic: The Cooks 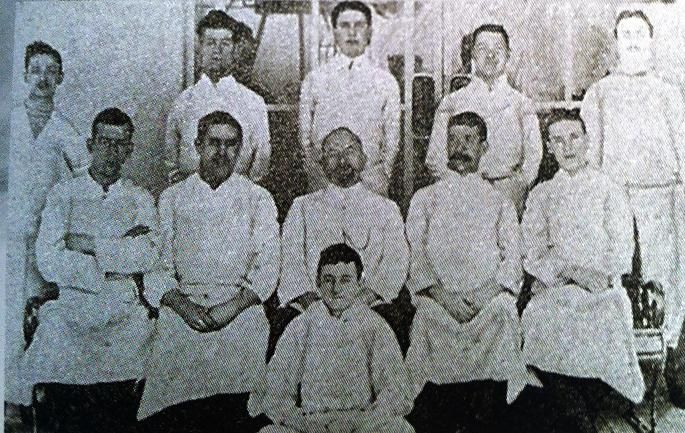 The cooks and other support staff of the Titanic “drowned like rats” due to not being assigned a clear place in the pecking order of escapees. One who did survive was French cook Paul Mauge, who used his extraordinary wits to survive. This episode chronicles how cooks like Mauge arrived on the Titanic, how they survived (or didn’t), and what it was like for the service personnel on the night the ship went down.

He saw a lifeboat being lowered between two decks and jumped directly from the top deck to the lifeboat—about ten feet down. About six or ten people jumped into it, including journalist Lawrence Beesley. It was Lifeboat 13. Paul hollered for Chef Rousseau to jump into the lifeboat, too. “Sautez! Sautez! (Jump! Jump!)” But Rousseau called back that he could not jump because of his robust size. Paul could not hear chef’s response because at the same time a crew member yelled at him: “Shut up!” and grabbed him by the back of his coat to try to pull him out of his seat. Paul wriggled out of the man’s grasp and secured his seat. He survived, but Chef Rousseau did not.

Exceptional experience even in a crew cherry-picked for prestigious duty aboard the Titanic. Mattmann had apprenticed as a pastry chef in Freiburg, Switzerland, and worked for a time at the storied Karl Häberle pastry shop in Lucerne. Mattmann dreamt of employment in one of London’s luxury hotels after working a few crossings aboard the Titanic

The first stories were contradictory, and everyone waited with hope that their hometown hero was safe. Near the end of the month the White Star Line notified the Mattmanns that Adolf had been on board the Titanic and had not been rescued. On April 30, the village of Inwil had a funeral service for Adolf.

Heat milk, cream, and vanilla beans, with spent pods added, to simmer. Combine sugar and egg yolks together. Once up to a simmer, add milk powder. Pour about 2 cups of milk mixture over eggs and sugar and whisk until tempered, then add back to the pot. Cook and whisk until milk coats the back of a spoon. Cool immediately by placing the pot in an ice bath. When mixture is cool, strain through a fine mesh strainer to get the vanilla pods and any lumps out. Let base mature overnight, then process in your ice cream machine.