Last Night on the Titanic: The Life Savers 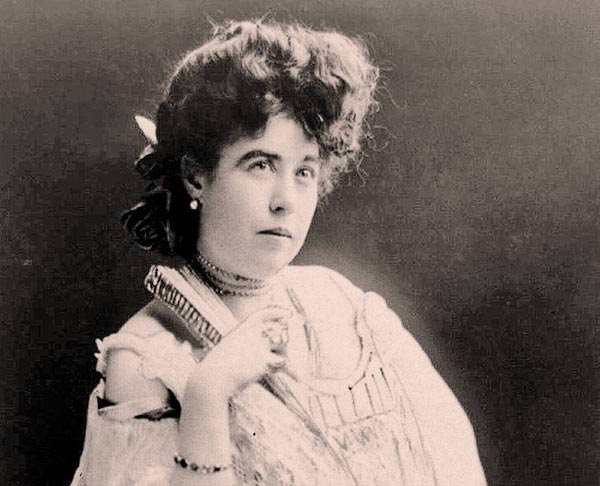 Mr. Rogers once said, “When there is a disaster, always look for the helpers; there will always be helpers.

Many died on the night of the Titanic’s sinking, but many more would have died if not for the heroic efforts of such helpers as the “unsinkable” Molly Brown and Benjamin Guggenheim, a millionaire who acted with utter calm as he gently assisted women and children to lifeboats, knowing he would die within the hour. Other helpers personally swam infants to lifeboats, using every last breath to help others before they themselves perished.

Margaret “Molly” Brown showed fierce resolve on the night of the Titanic’s sinking. Even though Lifeboat 6 was staffed with three crew members from the Titanic, Margaret was a key organizer there—passing out oars and encouraging the women to row to get warm.

Even once safely aboard the Carpathia, Margaret distributed food, handed out cups of drinks, and passed out blanket after blanket to her fellow survivors.

She organized a fund drive for those who would be most in need when they reached New York City. The Survivor’s Committee raised nearly $10,000. Today, this would be worth almost $250,000.

Margaret’s experiences aboard the Titanic catapulted her to a position from which she could rally women in a global effort for equal rights. She organized an international women’s rights conference in Newport, Rhode Island in 1914. During World War I, Margaret started a support branch for relief for soldiers in France. She received the French Legion of Honor in 1932 for her bravery during the Titanic disaster and World War I. She persisted in benevolent work all of the rest of her life. In The Unsinkable Molly Brown Cookbook, May Bennett Wills and Caroline Bancroft refer to her work with groups such as the Committee for the Catholic Fair.

Because she was a woman, Margaret was not allowed to testify about the Titanic in the U.S. Senate hearings. So, she found ways to fight hard for historic preservation, including the establishment the Titanic Memorial in Washington, D.C. She also galvanized others and led the way forward for workers’ rights, women’s rights, and education. She worked to start the first juvenile court and helped organize the National American Women’s Suffrage Association. Even before the Nineteenth Amendment, Margaret ran for office— for a seat in the Colorado state Senate in 1901, and in 1914, two years after surviving the Titanic, for a seat in the U.S. Senate.

Margaret died in her sleep in 1932 at the Barbizon Hotel in New York City. An autopsy found that she had a brain tumor. Her obituary referred to the “Unsinkable Mrs. Brown,” and in 1960, Margaret’s story was made into the Broadway musical, The Unsinkable Molly Brown.

Guggenheim, a millionaire, went from lifeboat to lifeboat helping women and children board. As the last lifeboats were being lowered, Etches got the orders from a deck officer to man an oar. “And that was the last I saw of Mr. Guggenheim,” he said.

Other helpers: Survivors insisted Major Archibald Butt swam a baby to a lifeboat.

Renee Harris, an actress who was married to Washington, D.C. theater manager Henry B. Harris, saw the military aide on the boat deck as the lifeboats were loaded. “[Archie] was a major to the last,” she said. “God never made a finer nobleman than he. The sight of that man, calm, gentle, and yet as firm as a rock, will never leave me. The American army is honored by him and the way he showed some of the other men how to behave when women and children were suffering that awful mental fear that came when we had to be huddled in those boats. Major Butt was near me and I know very nearly everything he did. When the order came to take to the boats, he became as one in supreme command. You would have thought he was at a White House reception, so cool and calm was he. When the time came, he was a man to be feared. In one of the earlier boats, fifty women, it seemed, were about to be lowered, when a man, suddenly panic stricken, ran to the stern of it. Major Butt shot one arm out, caught him by the neck and jerked him backward like a pillow. His head cracked against a rail and he was stunned. ‘Sorry,’ said Major Butt, ‘women will be attended to first or I’ll break every bone in your body.’”

Trim crusts from bread. Cut into squares, toast on one side only, and butter the non-toasted side. Beat egg white and fold in rest of ingredients. Pile lavishly on buttered side of toast and sprinkle liberally with paprika. Broil until a golden brown. Paprika plays an important part in browning any broiled canape. — Courtesy of the Molly Brown House Museum