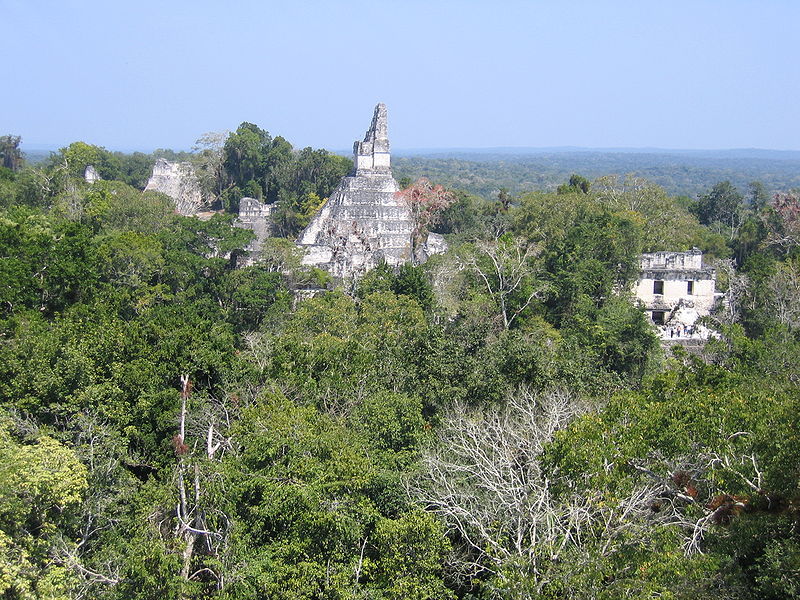 When we think of the Mayans and their culture, what comes to mind? The first thing that would occur to a reader would be the astonishing Mayan cities in the jungles of Central America. Other readers would mention the fascinating Mayan calendar and the predicted end of the world in 2012. Scholars would discuss the complex math and writing systems of the Mayans and their vast knowledge of astronomy. A sports fan might know of the Mayan’s invention of rubber, which they used in the balls for their famous ball game. The Mayans’ many cultural achievements remain with us today, thanks to dedicated archeologists and anthropologists.

Temples and towers soar above the rainforest. Great city centers include extensive plazas lined with stepped pyramids, graceful palaces, elite homes and ceremonial platforms. Many buildings in the city center were astronomically aligned to the solstice or equinox. Stone stelae tell of the great deeds and lineages of kings. Elaborate carvings of gods, masks and myths cover the surfaces of buildings and grand stairways. Carved stone court makers dot the royal ball courts where ceremonial games were played to the death. Stone causeways known as sacbeobs linked Mayan cities, the longest one being 100 kilometers. Most amazing is that the Mayans built their distinctive cities, roads and aqueducts without draft animals, wheeled vehicles or metal tools.

At first, Mayan scholars thought the Mayans had a simple social and political structure consisting of an aristocracy and a peasantry. More recent archeological finds have revealed a complex society with a large middle class that was more powerful and successful than previously believed. The Mayan middle class consisted of merchants, warriors, engineers, architects, physicians, artists, craftsmen, government officials and administrators. Nobles often were artists and warriors, and talented, skilled peasants could rise into the middle class, revealing a certain amount of social mobility. Socially stratified societies allow a culture to grow and develop, although it can also lead to structural inequalities.

The Mayan writing system, its mathematics in service of astronomy and the complex three interlocking calendars in one were a major cultural achievement. The Mayans were one of the few cultures to come up with the concept of zero. They could calculate sums in the hundreds of millions, all with a base 20 math system and simple number symbols. The Mayan writing system fully represented their spoken languages, the only Mesoamerican writing system to do so. Hundreds of glyphs and pictograms represent things, ideas, concepts or syllables and words. While only the noble class was fully literate, many Mayans could no doubt read or recognize the public writings on walls and monuments. We’ll discuss the Mayan calendar in a separate article.

The Mayans produced many technological innovations and inventions. They knew how to make rubber from gum trees. They created a full rainbow of paint colors, including the famous Maya Blue. Most Mayan paints were mineral based, using mica, copper or other minerals. Maya Blue’s major property is indigo bound to the mineral palygorskite, which makes it a bright blue color. Tough, durable Maya Blue has resisted the humid Mesoamerican climate for centuries. The Mayans developed intensive and extensive agricultural techniques in order to feed their thriving society, including terracing, raised bed farming and irrigation. One Mayan cultural achievement is universally recognized: chocolate. Thanks to Mesoamericans, Mayans among them, people around the world enjoy this delicious food.