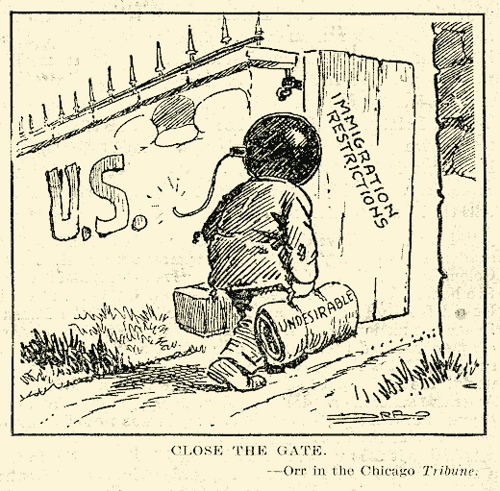 The following article on the Red Scare is an excerpt from Lee Edwards and Elizabeth Edwards Spalding’s book A Brief History of the Cold War It is available to order now at Amazon and Barnes & Noble.

In general terms, a “Red Scare” is the promotion of fear of a potential rise of communism. It was pronounced in the early 20th century America, when Russia fell to a communist uprising in 1917. But the most famous Red Scare occurred in the 1950s under the direction of a now-notorious senator from the Midwest.

Wisconsin Republican Senator Joseph McCarthy was a conservative backbencher when he journeyed to Wheeling, West Virginia, in February 1950 to make a speech in which he declared, without providing any hard evidence or names, that a number of communists were currently employed by the State Department. From that day until December 1954, when the Senate voted to censure his conduct, McCarthy was at the center of the American political stage.

To millions of Americans, he was the uncompromising champion of anticommunism and promoter of a Red Scare. To many others, he came to be seen as a reckless character assassin. A new word—“McCarthyism,” the making of baseless accusations—was coined by his enemies. Defiant supporters wore the label proudly.

The Red Scare did not occur in a vacuum. McCarthy made his charges in a tense political atmosphere. The United States had seen the fall of China to the communists, the trials and conviction of the one-time Soviet spy Alger Hiss, the spy cases of Julius and Ethel Rosenberg and Klaus Fuchs, and the communist invasion of South Korea. As Irving Kristol, the godfather of neoconservatism, wrote in 1952 in the then-liberal journal Commentary, “There is one thing the American people know about Senator McCarthy: he, like them, is unequivocally anti-Communist. About the spokesmen for American liberalism, they feel they know no such thing.”

But McCarthy had a fatal flaw: he rarely listened to anyone, even his closest friends and advisers, particularly when they counseled patience and prudence. Whittaker Chambers expressed his deep concern about McCarthy to William F. Buckley Jr., calling the senator “a slugger and a rabble-rouser” who “simply knows that someone threw a tomato and the general direction from which it came.” McCarthy, he said, had only one tactic—“attack”—and that was not sufficient.

The senator’s decline began in the late summer and early fall of 1953 when he took on the Eisenhower administration and the Pentagon. McCarthy, now the chairman of the Senate Permanent Subcommittee on Investigations, objected to the promotion of a commissioned army officer named Irving Peress, who had invoked the Fifth Amendment when given a loyalty form asking about possible communist party membership. (He was subsequently identified as a communist organizer.)

Brigadier General Ralph W. Zwicker, Peress’s commanding officer, was summoned by McCarthy to appear before his subcommittee and explain the army’s action. Infuriated by the general’s evasive answers, McCarthy declared that Zwicker, a highly decorated veteran of World War II, was “not fit” to wear the uniform. An angry President Eisenhower, who had commended Zwicker for his wartime service, decided it was time to take action against McCarthy.

With White House approval, a Senate investigation of McCarthy’s subcommittee was ordered. The result was the celebrated Army-McCarthy hearings, which were televised live in the spring of 1954 to an estimated daily audience of twenty million people.

McCarthy was correct about some things. In the 1930s and 1940s, there was a high-level network of communist spies, such as Harry Dexter White and Alger Hiss, in the American government. Eighty-one State Department employees identified by McCarthy as security risks left the government through dismissal or resignation. Unlikely observers agreed there had been communists in the government. In his memoirs, George Kennan writes:

The penetration of the American governmental services by members or agents (conscious or otherwise) of the American Communist Party in the late 1930s was not a figment of the imagination of the hysterical right-wingers of a later decade. Stimulated and facilitated by the events of the Depression, particularly on the younger intelligentsia, it really existed, and it assumed proportions which, while never overwhelming, were also not trivial. . . . [B]y the end of the war, so far as I can judge from the evidence I have seen, the penetration was quite extensive.

Nevertheless, the Senate voted sixty-seven to twenty-two to censure McCarthy for his conduct. He disappeared from the front pages and died three years later, at the age of forty-eight, apparently from alcoholism.

McCarthy’s investigations, nevertheless, forced changes in military policy that tightened up security and made communist infiltration of the army more difficult. President Eisenhower himself admitted that the army had made “serious errors” in its handling of the Peress case.

The McCarthy subcommittee on investigations was the first investigative agency to expose the murder, torture, starvation, and inhuman treatment of captured American personnel by North Korean and Chinese communist troops during the Korean War. Twenty-nine witnesses, including twenty-three survivors or eyewitnesses of communist atrocities, added their evidence to affidavits, statements, photographs, and official war records. About two-thirds of the American servicemen taken prisoner died from acts of barbarism.

The Red Scare, furthermore, had its basis in some fact. The subsequent release of secret Kremlin documents in the early 1990s confirmed that the American Communist Party had been controlled and financed by the Soviet Communist Party prior to and during the Cold War. According to the historians Harvey Klehr, John Earl Haynes, and Fridrikh Igorevich Firsov, the documents demonstrate that the “widespread popular belief that many American Communists collaborated with Soviet intelligence and placed loyalty to the Soviet Union ahead of loyalty to the United States was well founded.” And furthermore, the “concern about the subversive threat of the [Communist Party of the United States of America] and worries that Communists employed in sensitive government jobs constituted a security risk were equally well founded.”

This article on the Red Scare is an excerpt from Lee Edwards and Elizabeth Edwards Spalding’s book A Brief History of the Cold War. It is available to order now at Amazon and Barnes & Noble.