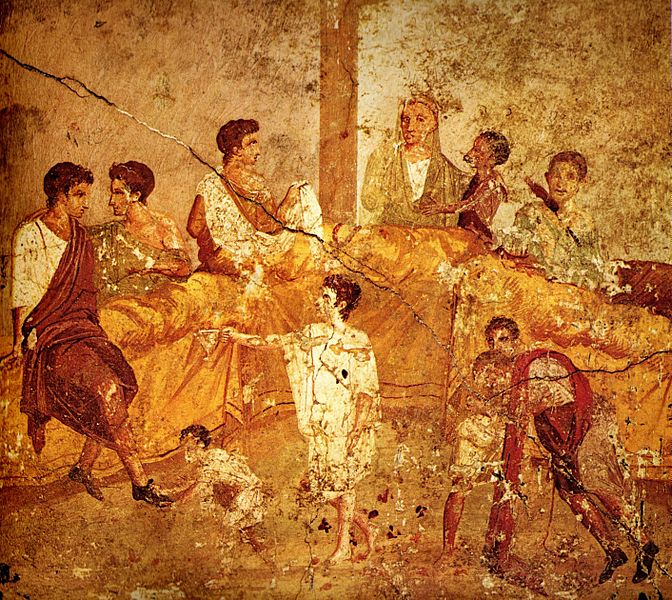 Roman society was clearly hierarchical, with legally defined privileges allotted to different classes and countless informal differences in attitudes toward the classes in everyday life.

In ancient Rome the population was divided into two groups: patricians and plebeians.

Below is the pyramid of Roman society, with the emperor at top and slaves at the bottom. Multiple layers existed between them. While it was possible to move up and down this social latter, as the categories were not immutable, changing one’s social standing was extremely difficult and only possible through meritocratic institutions such as the military.

The Emperor
Head of Roman society and ruler of all Rome

Senators
Served in the Senate and governed Rome

Plebeians
Working class. Men without substantial wealth who worked for their living at jobs such as artisans, craftsmen, bakers etc