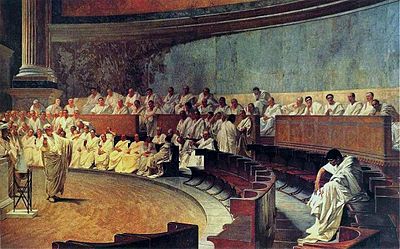 The Roman government took on my different forms from its centuries-long existence, back to its legendary founding. For the sake of brevity, this article will skip over its city-state and kingdom periods to focus on its republican and imperial periods. From the time of Julius Caesar, 48 BC, Rome and the Roman Empire was ruled by an Emperor. The Emperor was wise if he listened to the advice of the Senate but some chose to be dictators and do what they wanted rather than follow the Senate’s advice.

Before Julius Caesar took control in 48BC, the Roman Empire was not ruled by the Emperor but by two consuls who were elected by the citizens of Rome. Rome was then known as a Republic.

Roman Government in the Republic Period

People were divided into different classes. There were Patricians, Plebeians and Slaves.

The citizens of Rome voted for two consuls. They were elected to serve for one year. It was the Consuls job to govern Rome. They had to both agree on all decisions. After they had served their year they were replaced. They were not allowed to be consuls again for ten years.

The citizens of Rome voted for a number of magistrates. It was the magistrates job to keep law and order and also to manage Rome’s financial affairs. When magistrates retired they became senators and attended the Senate.

The citizens of Rome voted for tribunes. It was the tribunes job to make sure that the people were treated fairly. 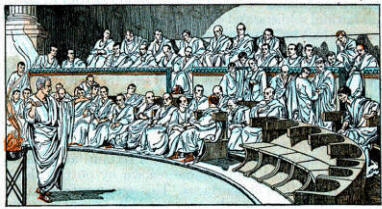 Senators went to the Senate to discuss important government issues. Senators were retired magistrates and knew a lot about the government of Rome. It was the job of the senate to give advice to the two consuls. When Rome had an Emperor the senate still gave advice on governing Rome and the Empire. 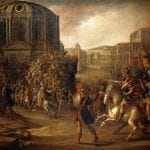 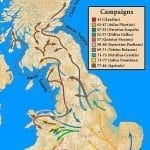