Mummies in Ancient Egypt and the Process of Mummification 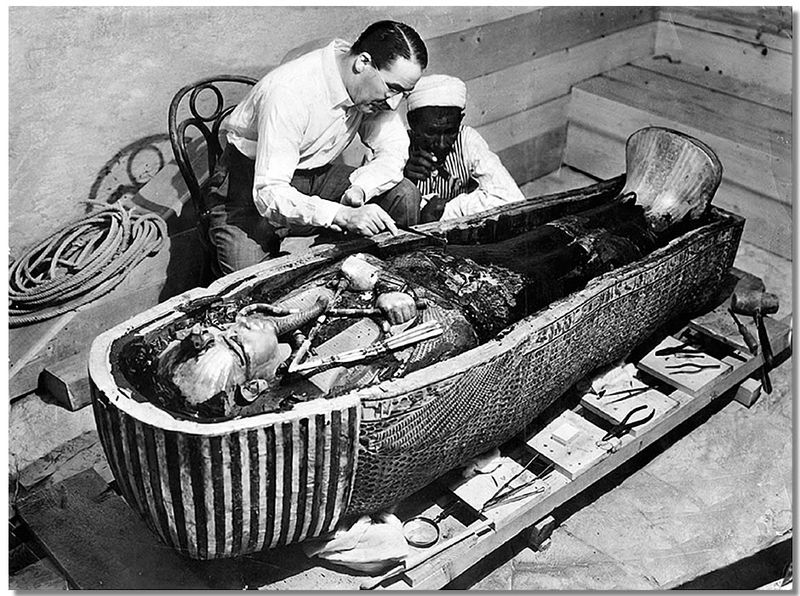 The Ancient Egyptians believed that each individual possessed a ka, a life force, that departed the body after death. Upon death, the ka needed to continue to receive offerings of food, whose spiritual essence it still consumed. But a person also had  ba, a set of spiritual characteristics unique to each person. These remained attached to a body after death and would return each night to receive new life. Due to the post-mortem importance of a body, Egyptians believed bodies had to be preserved. While elaborate versions of this practice were only reserved for the highest levels of Egyptian society, mummification was a cornerstone of Egyptian religion.

After death, a body begins to decompose. In order to prevent a body from decomposing, it is necessary to deprive the tissues of moisture and oxygen.

The earliest Egyptians buried their dead in shallow pits in the desert. The hot, dry sand quickly removed moisture from the dead body and created a natural mummy. However, the Egyptians discovered that if the body was first placed in a coffin, it would not be preserved.

In order to ensure that the body was preserved the Ancient Egyptians began to use a process called mummification to produce their mummies. This involved embalming the body and then wrapping it in thin strips of linen.

The mummification process took around 70 days and involved the following steps:

1. The body was washed

2. A cut was made on the left side of the abdomen and the internal organs – intestines, liver, lungs, stomach, were removed. The heart, which the Ancient Egyptians believed to be the center of emotion and intelligence, was left in the body for use in the next life.

3. A hooked instrument was used to remove the brain through the nose. The brain was not considered to be important and was thrown away.

4. The body and the internal organs were packed with natron salt for forty days to remove all moisture. 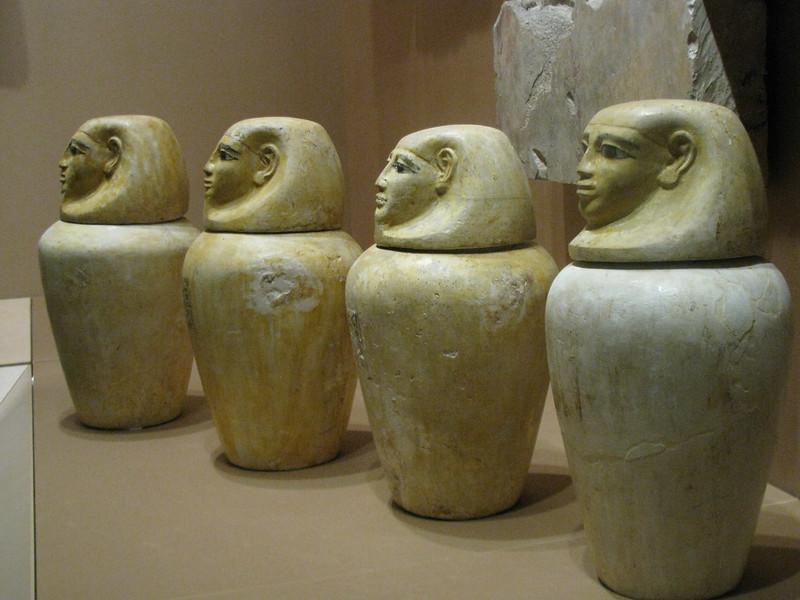 5. The dried organs were wrapped in linen and placed in canopic jars. The lid of each jar was shaped to represent one of Horus’ four sons.

6. The body was cleaned and the dried skin rubbed with oil.

7. The body was packed with sawdust and rags and the open cuts sealed with wax

8. The body was wrapped in linen bandages. About 20 layers were used and this took 15 to 20 days.

9. A death mask was placed over the bandages

10. The bandaged body was placed in a shroud (a large sheet of cloth) which was secured with linen strips.

11. The body was then placed in a decorated mummy case or coffin.

Through this process, mummies were interred into their tombs. Archeologists continue to find them at excavation sites throughout areas of ancient Egyptian settlement.

A Comprehensive Guide to Ancient Egypt