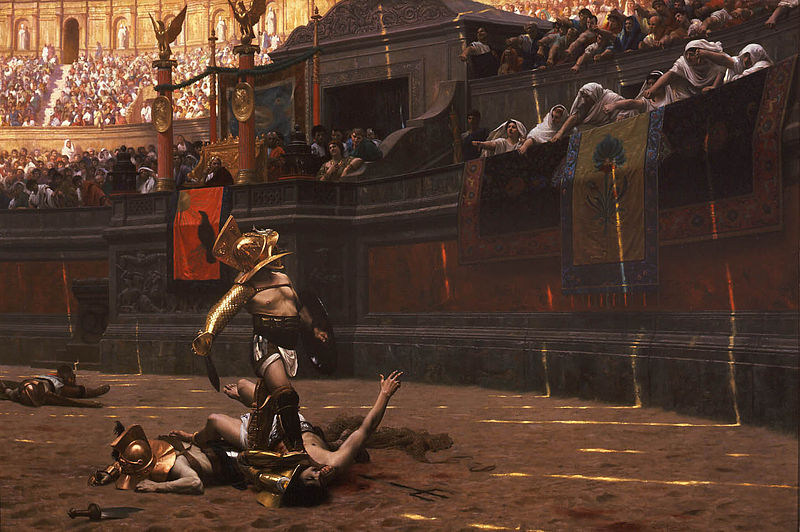 It is believed that the first gladiators were slaves who were made to fight to the death at the funeral of Junius Brutus Pera. The spectacle was arranged by the dead man’s relatives to honour his death.

The tradition was copied at other funerals and then became staged events put on by rich locals for the benefit of their local population. Spectators to the games were charged a fee to watch an array of gladiatorial tournaments.

The majority of gladiators were slaves who were taught how to fight in special schools. They were trained to fight with daggers, swords, forks and nets. They had to fight slaves and criminals who were either unarmed, or armed only with the net.

The fight ended when one man died. If a man was wounded and unable to fight on, he make a sign for mercy. The crowd would then decide whether he should live or die by giving him thumbs up or thumbs down. Thumbs up signified that the crowd wanted the loser killed while thumbs down meant that he should be spared.

The largest and most spectacular gladiator fights were those staged in Colosseum in Rome. The huge circular amphitheatre could seat up to 50,000 people. Spectators were given tickets showing their seat place and also which of the 80 entrances they should use. 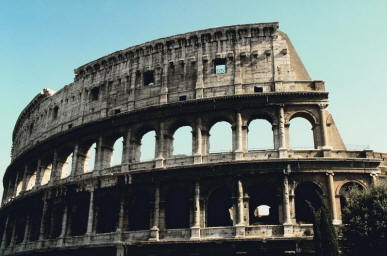 The gladiator fights took place on the huge central stage. Underneath the stage was a network of rooms and corridors used to store costumes and props used to stage the larger spectacles. Some rooms were also used by the gladiators as dressing rooms.

Lifts were used to bring the gladiators up to the main arena.