When Did Slavery End in America?

History » Black History » When Did Slavery End in America? 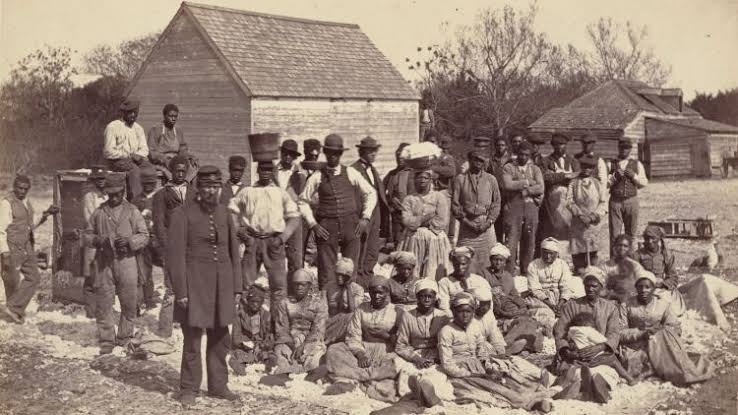 When did slavery end in America? While it formally ended with the Emancipation Proclamation, an executive order of Abraham Lincoln on January 1, 1863, the total abolition of slavery was a process that occurred in fits and starts throughout the Civil War.

When Did Slavery End in America?

Such legislation was said to be necessary on account of the “black codes” that had been imposed in some Southern states. These codes curtailed black liberty in various degrees and the Radicals described them as a continuation of slavery. But the codes were essentially based on Northern vagrancy laws and other restrictive legislation that was still on the books when the Reconstruction Acts were drawn up. Historian Robert Selph Henry contends that “there was hardly a feature of the apprenticeship and vagrancy acts of Mississippi, and of the other Southern states, which was not substantially duplicated in some of these Northern laws, while many of the Northern provisions were more harsh in their terms than anything proposed in the South.”

In the northeast, as well as in Indiana and Wisconsin, the vagrancy laws were as broad as anything in the South, with more severe punishments for violating them. “[O]ne without employment wandering abroad, begging, and ‘not giving a good account of himself,’ might be imprisoned as a vagrant, for periods varying from ninety days to three years, in various Northern states.”

Two modern scholars, H. A. Scott Trask and Carey Roberts, contend that the black codes have been misunderstood in their intent and exaggerated in their impact:

Most granted, or recognized, important legal rights for the freedmen, such as the right to hold property, to marry, to make contracts, to sue, and to testify in court. Many mandated penalties for vagrancy, but the intention there was not to bind them to the land in a state of perpetual serfdom, as was charged by Northern Radicals, but to end what had become an intolerable situation—the wandering across the South of large numbers of freedmen who were without food, money, jobs, or homes. Such a situation was leading to crime, fear, and violence.

The sense of moral righteousness that dominated fashionable Northern opinion often blinded Northerners to their own problems. The Chicago Tribune protested the black codes of Mississippi without for a moment reflecting on the laws of its own state. In Illinois, any free black in the state who could not produce a certificate of freedom and who had not posted a bond of one thousand dollars was subject to arrest and to be hired out as a laborer for a year. Illinois continued to forbid the testimony of blacks in cases involving whites. And it was only in 1865 that the state had repealed the law imposing a fine of fifty dollars upon free blacks entering Illinois. (Blacks unable to pay had their labor sold to whoever paid the fine for them and demanded the shortest period of labor.)