Although America did not declare war on Germany until 1917, she had been involved in the war from the beginning supplying the allies with weapons and supplies. America was critical involved in military operations that led to the final conclusion of the Great War and was there to witness the end of WW1.

On May 2nd 1915 the British passenger liner Lusitania was sunk by a torpedo from a German submarine. 1195 passengers, including 128 Americans, lost their lives. Americans were outraged and put pressure on the government to enter the war. 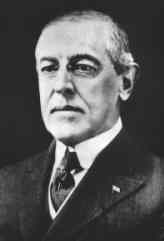 Woodrow Wilson (right) campaigned for a peaceful end to the war. He appealed to both sides to try to settle the war by diplomatic means but was unsuccessful.

In February 1917, the Germans announced an unrestricted submarine warfare campaign. They planned to sink any ship that approached Britain whether it was a military ship, supply ship or passenger ship.

On April 3rd 1917, Wilson made a speech declaring that America would enter the war and restore peace to Europe.

The United States declared war on Germany on April 6th 1917. American troops joined the French and British in the summer of 1918. They were fresh and not war-weary and were invaluable in defeating the Germans.

The allied victory in November 1918 was not solely due to American involvement. Rapid advancements in weapon technology meant that by 1918 tanks and planes were common place.

The German commander Erich Ludendorff was a brilliant military commander and had won decisive victories over Russia in 1917 that led to the Russian withdrawal from the war. 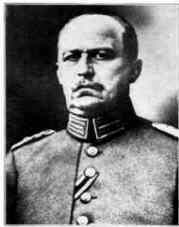 In 1918 he announced that if Germany was to win the war then the allies had to be defeated on the Western Front before the arrival of American troops.

Although his offensive was initially successful the allies held ground and eventually pushed the Germans back.

By 1918 there were strikes and demonstrations in Berlin and other cities protesting about the effects of the war on the population. The British naval blockade of German ports meant that thousands of people were starving. Socialists were waiting for the chance to seize Germany as they had in Russia. In October 1918 Ludendorff resigned and the German navy mutinied. The end was near. Kaiser Wilhelm II abdicated on November 9th 1918. 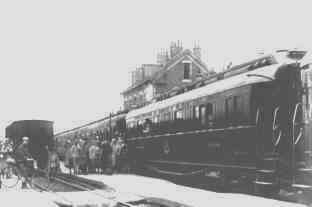 On 11th November the leaders of both sides held a meeting in Ferdinand Foch’s railway carriage headquarters at Compiegne.

The Armistice was signed at 6am and came into force five hours later. Thus all sides witnessed the final end of WW1.

This article is part of our larger selection of posts about World War One. To learn more, click here for our comprehensive guide to World War One.

This article is also part of our extensive collection of articles on the second World War. Click here to see our comprehensive article on World War 2.