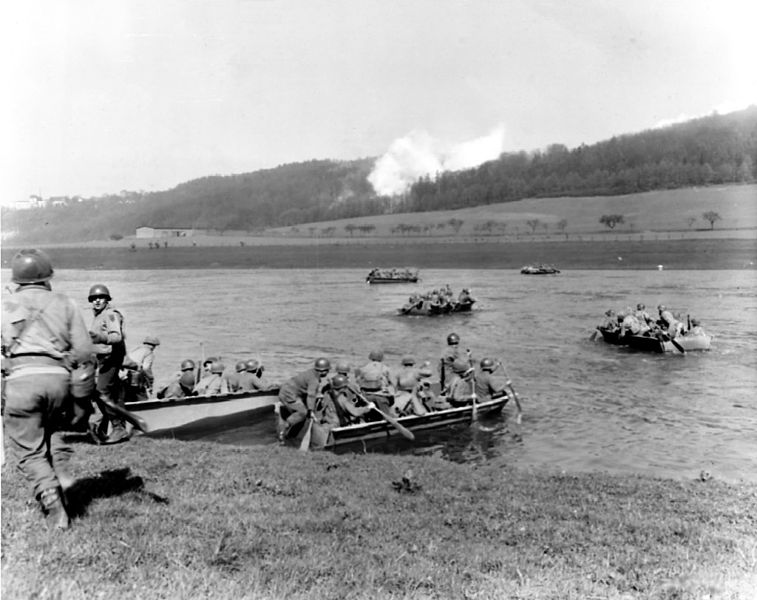 The following article on the 1st Infantry Division is an excerpt from Barrett Tillman’ D-Day Encyclopedia. It is available for order now from Amazon and Barnes & Noble.

Returning to England in November, the division went ashore at Omaha Beach on 6 June as part of Major General L. T. Gerow’s V Corps. Throughout the war the 1st Infantry Division was composed of the Sixteenth, Eighteenth, and Twenty-sixth Infantry Regiments, plus the Fifth, Seventh, Thirty-second, and Thirty-third Field Artillery Battalions. For D-Day the division was reinforced with the 116th Infantry of the Twenty-ninth Division.

On Omaha Beach, Second Battalion, Sixteenth Infantry found a way through the defenses at the E-1 draw leading inland, permitting the Eighteenth and 116th Regiments to advance from ‘‘Easy Red’’ sector. On D+2 the attached 116th Infantry from the Twenty-ninth Division relieved the Second Ranger Battalion at Pointe du Hoc.

One community hard hit on D-Day was Bedford, Virginia, which lost twenty-one of the thirty-five of its citizens in Company A, 116th Infantry. Landing against ferocious opposition, nineteen of the men were killed in the first fifteen minutes ashore. Through two and a half years of combat, the 1st Infantry Division suffered many casualties and lost 19,400 men, including 4,280 killed—a toll exceeded only by four other divisions.