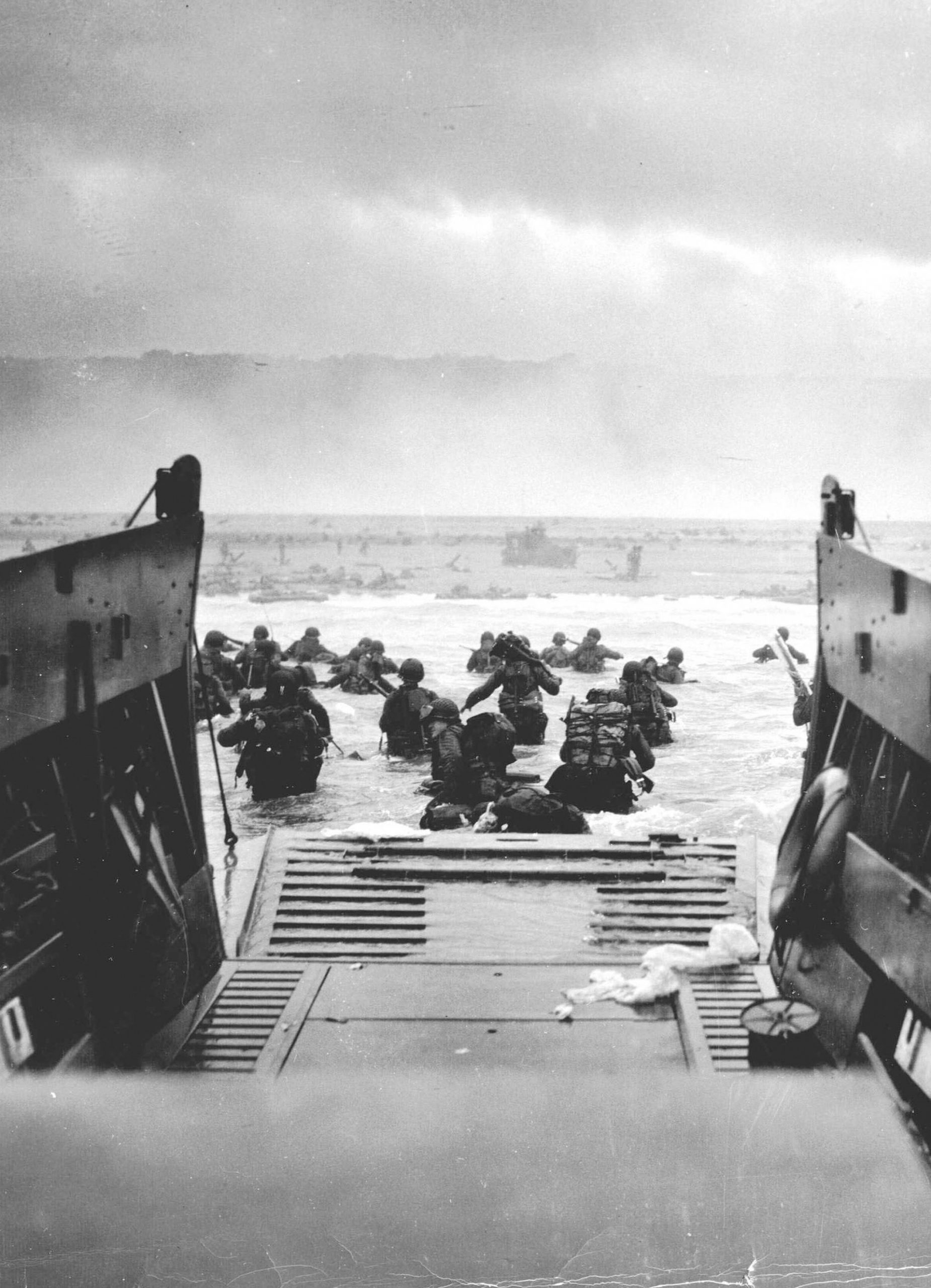 The following article on D-Day quotes is an excerpt from Barrett Tillman’ D-Day Encyclopedia. It is available for order now from Amazon and Barnes & Noble.

Wounds my heart with a monotonous languor.

—British Broadcasting Corporation message for French Resistance fighters, informing them that the invasion was on.

I am prepared to lose the whole group.

They’re murdering us here. Let’s move inland and get murdered.

This is a very serious business.

Soldiers, Sailors and Airmen of the Allied Expeditionary Force: You are about to embark upon the Great Crusade, toward which we have striven these many months. The eyes of the world are upon you. The hope and prayers of liberty-loving people everywhere march with you.

Your task will not be an easy one. Your enemy is well trained, well equipped and battle-hardened. He will fight savagely.

But this is the year 1944! The tide has turned! The free men of the world are marching together to victory!

I have full confidence in your courage, devotion to duty and skill in battle.

We will accept nothing less than full victory!

Good luck! And let us all beseech the blessing of Almighty God upon this great and noble undertaking.

Four years ago our nation and empire stood alone against an overwhelming enemy, with our backs to the wall. . . . Now once more a supreme test has to be faced. This time the challenge is not to fight to survive but to fight to win the final victory for the good cause. . . .

At this historic moment surely not one of us is too busy, too young, or too old to play a part in a nation-wide, perchance a world-wide vigil of prayer as the great crusade sets forth.

You get your ass on the beach. I’ll be there waiting for you and I’ll tell you what to do. There ain’t anything in this plan that is going to go right.

Well, is it or isn’t it the invasion?

— Adolf Hitler to Field Marshal Wilhelm Keitel on the afternoon of 6 June.

We shall see who fights better and who dies more easily, the German soldier faced with the destruction of his homeland or the Americans and British, who don’t even know what they are fighting for in Europe.

I took chances on D-Day that I never would have taken later in the war.

I am firmly convinced that our supporting naval fire got us in; that without the gunfire we positively could not have crossed the beaches. —Col. Stanhope B. Mason, chief of staff, First Infantry Division.

We have a sufficiency of troops; we have all the necessary tackle; we have an excellent plan. This is a perfectly normal operation which is certain of success.

If anyone has any doubts in his mind, let him stay behind.

—Jacqueline Noel, recalling the British beaches. She met her future husband on D+4.

The Anglo-Saxons have set foot on our soil. France is becoming a battlefield. Frenchmen, do not attempt to commit any action which might bring terrible reprisals. Obey the orders of the government.

This is the end for Germany.

We’re going in alone and I don’t think we’re coming back.

—Lt. Col. Josef ‘‘Pips’’ Priller, Kommodore of JG-26, to his wingman before their strafing attack on Sword and Juno beaches.

The first twenty-four hours of the invasion will be decisive. . . . [T]he fate of Germany depends on the outcome. For the Allies as well as Germany, it will be the longest day.

—Brig. Gen. Theodore Roosevelt, Jr., assistant commander of the Fourth Infantry Division, upon finding that his force had been landed in the wrong place on Utah Beach.

Two kinds of people are staying on this beach—the dead and those who are going to die.

This article on D-Day quotes is from the book D-Day Encyclopedia, © 2014 by Barrett Tillman. Please use this data for any reference citations. To order this book, please visit its online sales page at Amazon or Barnes & Noble.