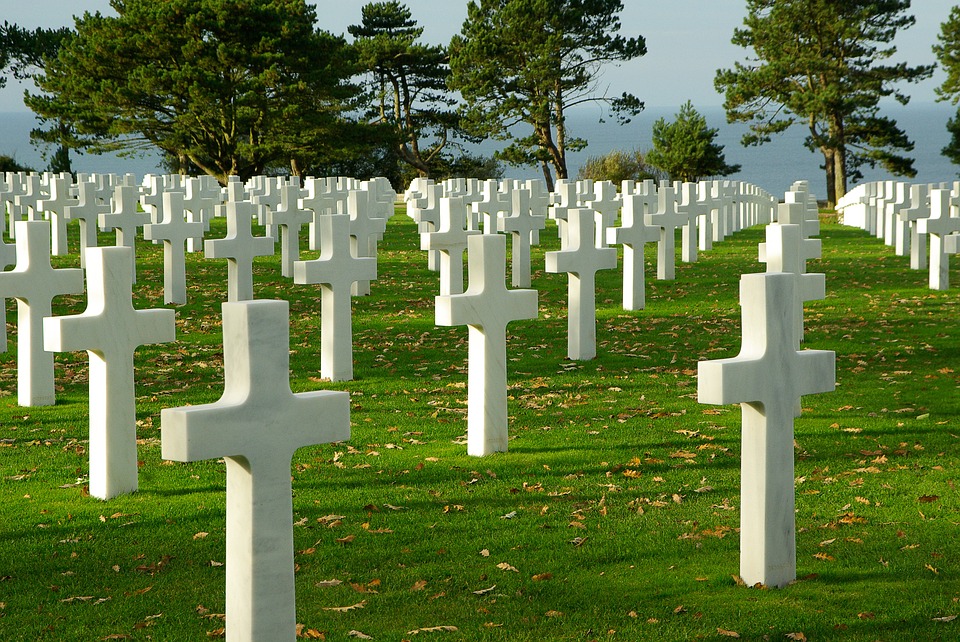 The following article on D-Day casualties is an excerpt from Barrett Tillman’ D-Day Encyclopedia. It is available for order now from Amazon and Barnes & Noble.

By early July the Allied armies had captured 41,000 German troops while sustaining 60,771 casualties, including 8,975 dead. French losses in the Normandy campaign have been calculated at fifteen thousand civilian dead.

The total number of casualties that occurred during Operation Overlord, from June 6 (the date of D-Day) to August 30 (when German forces retreated across the Seine) was over 425,000 Allied and German troops. This figure includes over 209,000 Allied casualties:

The losses of the German forces during the Battle of Normandy can only be guested. Roughly 200,000 German troops were killed or wounded. The Allies also captured 200,000 prisoners of war (not included in the 425,000 total, above). During the fighting around the Falaise Pocket (August 1944) alone, the Germans suffered 90,000 losses, including prisoners.