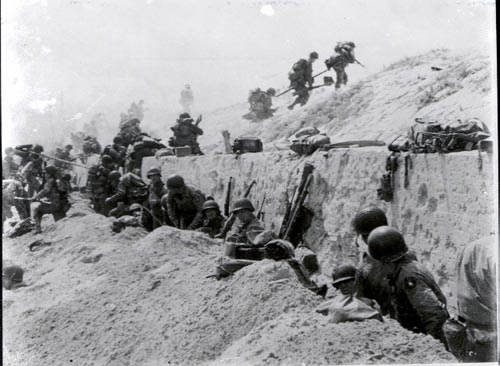 The following article on D-Day statistics is an excerpt from Barrett Tillman’ D-Day Encyclopedia. It is available for order now from Amazon and Barnes & Noble.

Of the 850,000 German troops awaiting the invasion, many were Eastern European conscripts; there were even some Koreans. There were sixty infantry divisions in France and ten panzer divisions, possessing 1,552 tanks, but not all were combat ready. In Normandy itself the Germans had deployed eighty thousand troops, but only one panzer division.

This article on D-Day statistics is from the book D-Day Encyclopedia, © 2014 by Barrett Tillman. Please use this data for any reference citations. To order this book, please visit its online sales page at Amazon or Barnes & Noble.