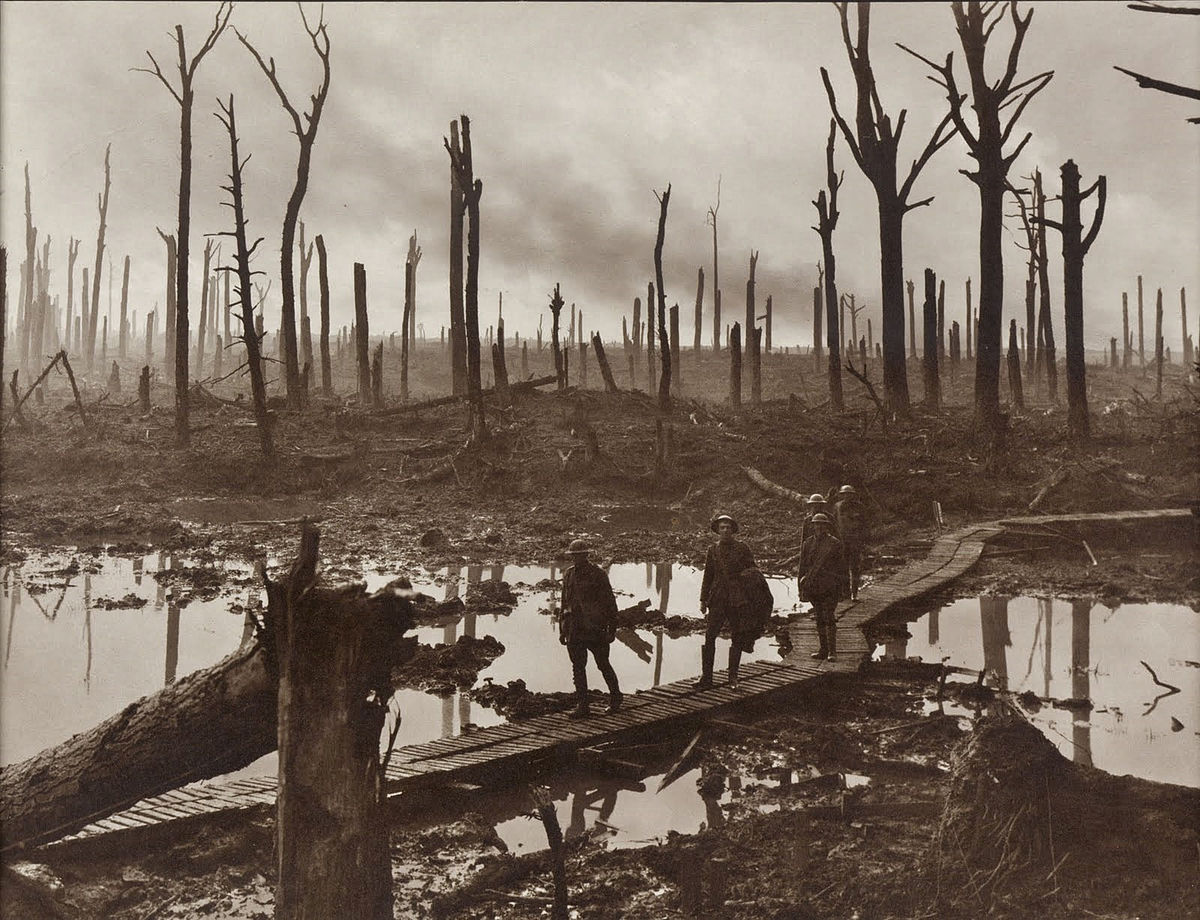 The best way to describe the Third Ypres (Passchendaele) Campaign of 1917. It’s ‘slog.’ When you think about a drudging act that seems to accomplish nothing, this battle is it. Mud. Mud to your waist. Everything sinks down several feet into mud. Tanks, Cars, guns, horses, everything stuck in mud. Images of a battlefield landscape with pockmarked holes and mist rising from the plains with shattered trees is characterized by the third battle of Ypres.

The battle took place on the Western Front from July to November 1917 over control of ridges near the Belgian city of Ypres in West Flanders.

Private R.A. Colwell described the scene in 1918 as follows: “There was not a sign of life of any sort. Not a tree, save for a few dead stumps which looked strange in the moonlight. Not a bird, not even a rat or a blade of grass. Nature was as dead as those Canadians whose bodies remained where they had fallen the previous autumn. Death was written large everywhere.”