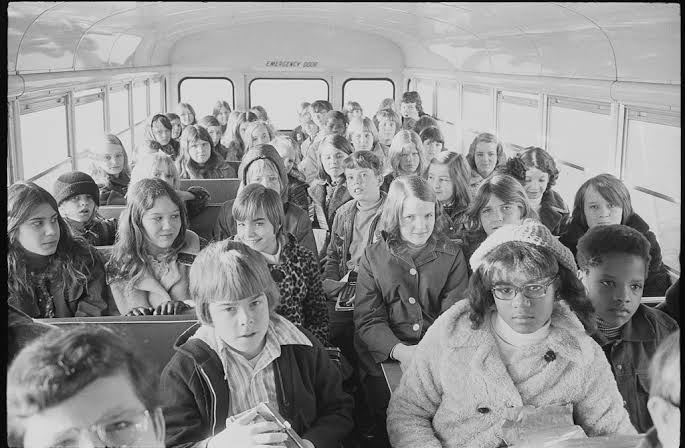 Kansas City, Missouri, never enacted forced busing. It found another way to spend over $1 billion on desegregation—and had the same results as everyone else.

Following the Brown decision, Kansas City had put forth a race-blind plan in which students attended the school closest to them. Since the races tended to live in separate neighborhoods, the plan did not portend a great deal of race-mixing, but it was nevertheless color blind in principle.

Three decades later, Judge Russell Clark declared that the way to achieve racial balance in the schools, particularly given the movement of so many whites to the suburbs, was to establish a magnet school system in Kansas City so lavishly funded and impressive that it would attract whites to the city for their education. In a brazen act of judicial despotism, Clark doubled property taxes and ordered the state to pay as well. The money went toward a dozen new schools full of computers, and featuring such unheard-of amenities as radio and television studios equipped for real broadcasting, movie-editing rooms, a planetarium, greenhouses, a moot court with a jury room and judge’s chambers, a model United Nations wired for simultaneous translation, Olympic-size pools, and still other features. By 1995 the program was spending an additional $36,111 for each of the 36,000 students in the system.

And what does this experiment have to show for itself? Not a thing. White enrollment in city schools continued to decline over the next decade, and black performance still showed no improvement. Dropout rates increased and attendance rates decreased. The racial gap in educational achievement remained unchanged.

Loretta Roach, who chaired Boston’s Citywide Educational Coalition, argued that busing had damaged black life as well as white. Busing, she said, undermined parental involvement in the “often faraway schools their children are bused to every morning.” She also regretted the disappearance of community support for public schools, which “evaporated since schools are no longer part of their communities. Busing destroyed the neighborhood passion for those schools that previously existed.” Another resident agreed: “Busing took away the community feeling we had for our neighborhood schools, the feeling of ‘It’s our school and we love it.’”

What this forced integration did accomplish was to drive white families out of the cities. President Eisenhower has been called a “racist” for arguing that people couldn’t be forced to like each other, and that increased social interaction between the races involved the passage of time more than it did the passage of legislation. But hundreds of millions of dollars later (just in Boston alone), that is exactly what the experience with busing so clearly proved.

Meanwhile, whites abandoned the city schools in droves; the 62,000 white students in 1970 became an anemic 11,000 in 1994—only 18 percent of the total, despite the fact that whites comprised 58 percent of the city’s population. By any measure, forced busing worsened the very condition its proponents had claimed to want to improve. With whites practically disappearing from Boston public schools, undaunted city officials nevertheless continued to forge ahead, devoting $30 million in 1994 to racially motivated busing—a reminder that nothing is more guaranteed to attract government money than repeated failure. Although busing was more coercive in some cities than in others, and other factors contributed to the disappearance of whites from urban schools, a non-Hispanic white majority is not to be found in the public school system of a single big city in America today. That is what government programs intended to mix the races have to show for themselves.

By the mid-1990s, the courts had begun granting permission in the city after city to discontinue busing.