Effects of the Sinking of the Lusitania

History » World War One » Effects of the Sinking of the Lusitania 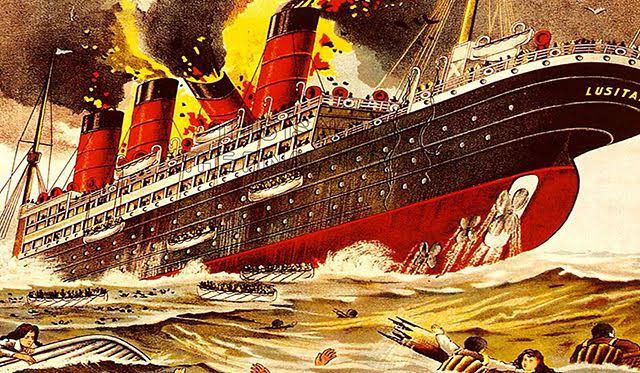 The sinking of the Cunard ocean liner RMS Lusitania occurred on Friday, 7 May 1915 during the First World War. The effects of the sinking of the Lusitania were far-reaching, as it led to the entrance of the United States into World War One, and may have altered the entire trajectory of the Twentieth Century.

Effects of the Sinking of the Lusitania

Although it did not bring the United States immediately into the war, the sinking of the Lusitania in May 1915 was among the most dramatic events from the American point of view prior to U.S. entry. This British cruise liner was perhaps the most famous ship in the world. The German government had published warnings in major newspapers not to book passage on the Lusitania. The morning it was to set sail, Count Johann von Bernstorff had issued an alert that British vessels were “liable to destruction,” and cautioned that travelers sailing in the war zone “on ships of Great Britain and her allies do so at their own risk.”

Passengers by and large ignored the warning. It was inconceivable to them that a ship with the speed of the Lusitania was in any danger, and those who inquired about potential risks were told not to worry and that the ship would be escorted by a naval convoy through the war zone. With their lives in the safe hands of the Royal Navy, the ship’s passengers traveled with confidence.

Although a submarine attack seems scarcely to have been considered by either the Royal Navy or the Cunard Line (to which the Lusitania belonged), the assumption was that if the ship were indeed hit there would be ample time and opportunity for evacuation. It was, after all, a very substantial ship. The Titanic had remained afloat for some two and a half hours after suffering serious damage. But the torpedo that hit the Lusitania did an unexpected amount of damage, and it remains something of a mystery to this day why she went down so quickly, though some have attributed it to the munitions on board.

After the first shot, German submarine captain Walter Schwieger had held back from firing a second torpedo. Certainly he had not believed that a single torpedo would destroy the ship, and he was likely waiting for it to be abandoned before firing again. But he could see through his periscope just fifteen minutes after impact that the ship was in serious trouble. “It seems that the vessel will be afloat only a short time,” he noted. He could not bear to witness the scene, and turned away from his periscope. “I could not have fired a second torpedo into this thing of humanity attempting to save themselves.”

Some 1,195 of the ship’s 1,959 passengers perished, including 124 of the 159 Americans on board. There is little sense in whitewashing the German attack on the Lusitania, but at the same time it is difficult not to convict both the British government and the Cunard Line of extreme recklessness. As one historian correctly put it, “With the sanction of the British Government, the Cunard Line was selling people passages through a declared war zone, under due notice that its ships were subject to being sunk on sight by a power which had demonstrated its ability and determination to do so.”

The intensity of American reaction, primarily among politicians and in the press, was something to behold. Yet when the newspaper editorials are examined more closely, it turns out that hardly any of them were actually advising war as a response to the tragedy. Wilson himself chose to avoid war but wished to draft a stern note to Berlin, warning the Germans of serious consequences should this kind of submarine warfare continue.

Secretary of State William Jennings Bryan feared the potential consequences of so stern a message. Bryan was practically alone in the Wilson administration in attempting to balance the scales of the two sides. Bryan reminded Wilson of the results of an investigation that found that over 5,000 cases of ammunition had been on board the liner. He also noted an agreement accepted by Germany but rejected by Britain that would end the submarine warfare in exchange for the elimination of the starvation blockade. He addressed Wilson’s double standard head on: “Why be shocked by the drowning of a few people, if there is to be no objection to starving a nation?”

But it was no use. In late May, Wilson sent another note to Berlin. Wilson’s earlier note had spoken of the rights of Americans to travel aboard “unarmed” merchantmen; now Wilson changed “unarmed” to “unresisting.” Americans now had the right to expect immunity from attack as they traveled aboard the armed ships of a nation at war. To paraphrase the memorable formulation of Professor Ralph Raico, Wilson believed that every American, in time of war, had the right to travel aboard armed, belligerent merchant ships carrying munitions of war through a declared submarine zone. No other neutral power had ever proclaimed such a doctrine, let alone gone to war over it.

During the Russo-Japanese War of 1904–1905, the British government’s policy had been that British citizens traveled through the war zone at their own risk, and that Britain would not be drawn into war if a British citizen were killed as a result of his own reckless behavior. It was a sensible position, and it was the position that Wilson adopted during the Mexican civil war. But now, in Bryan’s judgment, Wilson had become completely unreasonable. Convinced that he was part of an administration bent on war, Bryan resigned.

"Effects of the Sinking of the Lusitania" History on the Net
© 2000-2020, Salem Media.
August 11, 2020 <https://www.historyonthenet.com/effects-of-the-sinking-of-the-lusitania>
More Citation Information.
Loading...