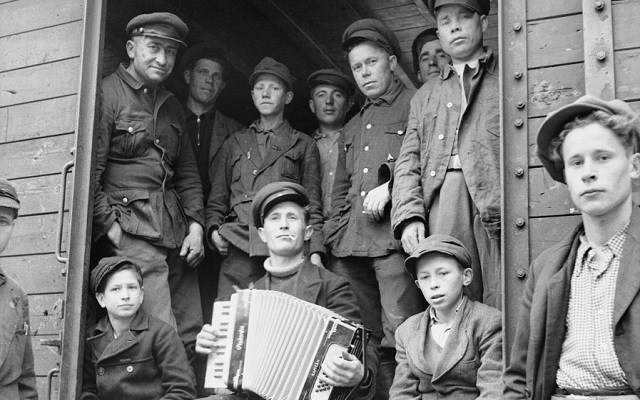 Operation Keelhaul was a forced repatriation of Soviet Citizens, carried out in Northern Italy by British and American forces between August 14, 1946, and May 9, 1947.

Among the most egregious and shameful examples of placating Stalin was Operation Keelhaul. As part of the Yalta agreement of 1945, Russian prisoners of war liberated from German camps by British or American troops were returned to Russia, just as American and British POWs liberated by the Russians were returned to their respective countries. But unlike British and American prisoners, the Russian prisoners did not want to go home. They would have to be coerced or tricked into doing so. Some Russians had donned German uniforms and fought to rid their country of Stalin; many more had sympathized with those who did so. Although this decision might disturb some readers, it is certainly no more difficult to understand than Churchill’s decision to side with the mass-murdering Stalin against Hitler. The Russian soldiers tried to free their country of Communism. And in order to ingratiate themselves to Stalin, FDR and then Truman betrayed at least a million anti-Communist Russians by delivering them into the hands of the Soviet dictator.

The repatriation of Russian POWs turned out to be a ghastly and grisly process. Some of the men simply committed suicide rather than return. The world hardly knew what was happening, though details managed to trickle out here and there.

Operation Keelhaul was not confined to Europe, where most of the Russian prisoners were; it was also carried out on American soil. About 200 Soviet nationals were among the prisoners of war at Fort Dix, New Jersey, in mid-1945; they had been in German uniform when Americans captured them. They were taken prisoner with the solemn promise that under no circumstances would they be repatriated to the Soviet Union, where they faced certain death. That promise was betrayed so that the American president might be faithful to Uncle Joe. These men, according to historian Julius Epstein, “had already experienced the determination of American military authorities to violate the Geneva Conventions [an international declaration pertaining to the treatment of prisoners of war] and the traditional American right of political asylum.” Epstein was referring to an incident in Seattle in which these men had been ordered at gunpoint to board a Soviet ship. When the prisoners offered intense resistance, the decision was made to ship them to Fort Dix for the time being.

At Fort Dix another attempt was made to return the men to the Soviet Union by force. They were tear-gassed and forced aboard a Soviet ship, at which point the stunned men fought with all their strength, and even began to damage the ship’s engines to the point at which the vessel was no longer seaworthy. Finally, a sergeant came up with the idea of drugging the prisoners, which he did by spiking their coffee with barbiturates. In the comalike sleep that the drugs induced, the men were finally returned to the Soviet Union.

When Epstein attempted to acquire whatever government records existed on this particular incident, he was first greeted with denials. Finally, he received a letter from the Department of the Army, Office of the Chief of Information and Education, instructing him that “the records you requested permission to see… are part of a group of documents determined by a recent study as requiring indefinite maintenance of their current high-security classification.”

A thorough chronicle of Operation Keelhaul remains to be written since the governments that perpetrated this unconscionable deed have refused to release the pertinent documents.