Guest Post: The Tuskegee Airmen and Their Role in American Civil Rights

The following is a guest post from Chris Lee. You can read more about him at the bottom of this post.

When one examines the consequences of World War II — by far the deadliest human conflict in history — the destruction and the lost livelihoods of innocent civilians become apparent. Amidst the deleterious effects of World War II for the global community, African Americans used the war against race-based ideologies to push the bounds of opportunity in various facets of everyday life in the United States. Decades before African Americans struggled to buy a simple cup of coffee at a lunch counter, the formation and service of the Tuskegee Airmen made a breakthrough in how African Americans were perceived and treated by American society.

The symbol set by the Tuskegee Airmen represented the fight for democracy overseas as well as on the home front, and ultimately inspired the launching of the “Double V” campaign in 1942, one year after the Airmen’s formation. 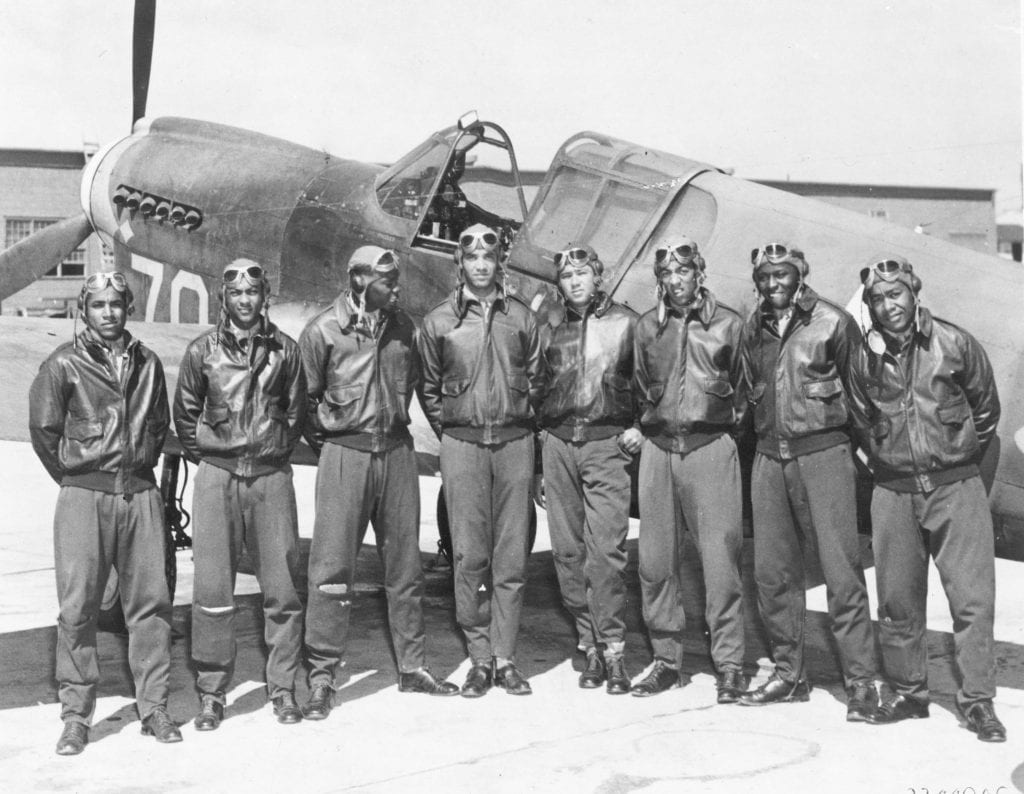 For the Tuskegee Airmen, the stakes for their success was not only America’s success in the war, but also in addressing some of the systemic racism and prejudice that African Americans faced on a daily basis.

The success of the Tuskegee Airmen in training programs symbolized a bold step in a long journey toward equality and desegregation. With African Americans subject to injustice and inequality in peacetime, it was not surprising they continued to be treated as inferiors during wartime. 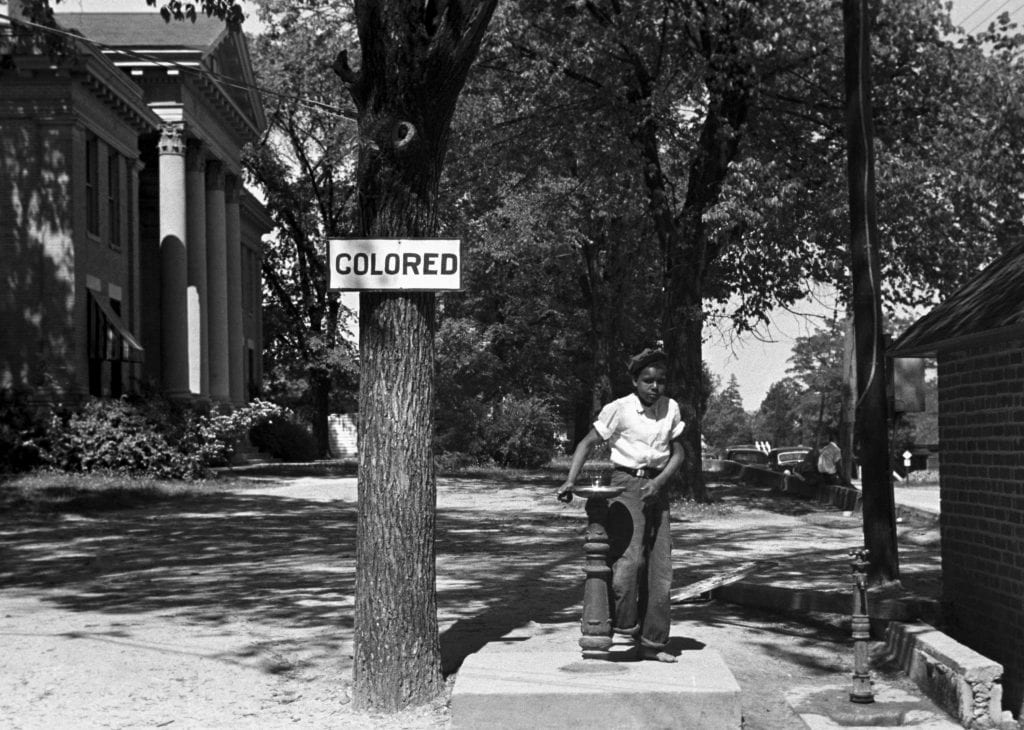 Due to the belief that African Americans were not capable of flying sophisticated aircraft and were second-class in terms of combat compared to white soldiers, many were not allowed direct involvement in the war efforts and were instead relegated to inconspicuous support roles. It was even proclaimed that the Tuskegee men had to be taught aggressiveness, as due to their skin, “every tradition had taught them submissiveness.” When the Tuskegee training program was first established on an airfield in Alabama, it was met with harsh criticism from both sides: black newspapers portraying the airmen as “Uncle Tom’s,” and white planters who lived near the air training field, resentful of their farmworkers leaving to get higher-paying jobs at the airfield.

These tensions were echoed elsewhere; in James Thompson’s letter to the Pittsburgh Courier, this twenty-six-year-old black soldier wrote, “Should I sacrifice my life to live half American?” 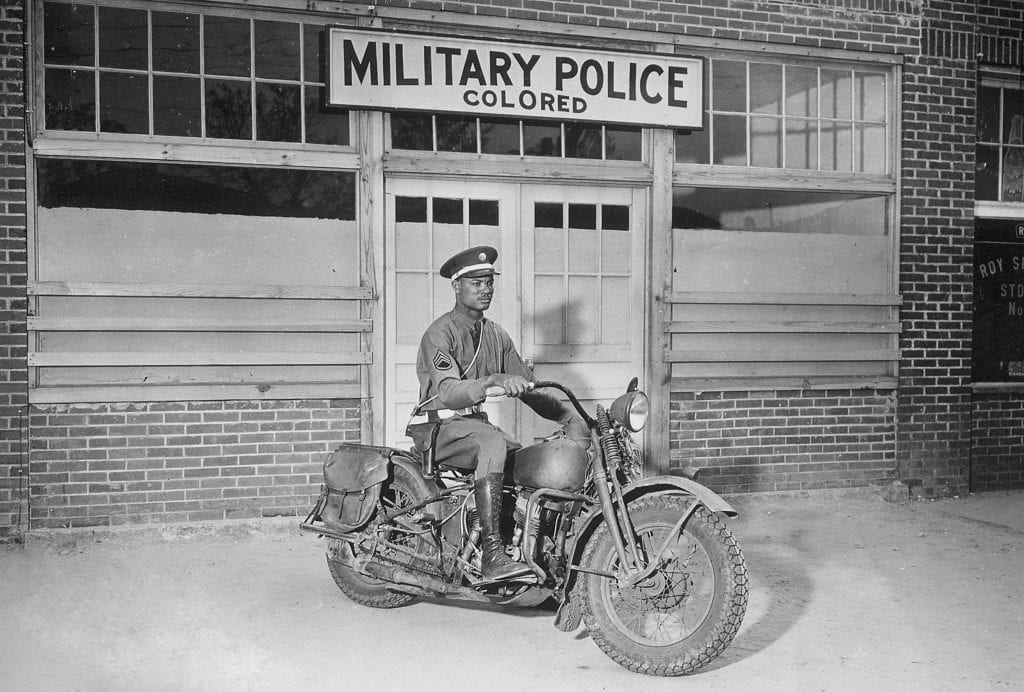 As black media outlets like the Chicago Defender and civil rights leaders like A. Philip Randolph advocated for increased African American opportunities to serve their country, President Franklin D. Roosevelt was forced to expand training programs to the African American population. 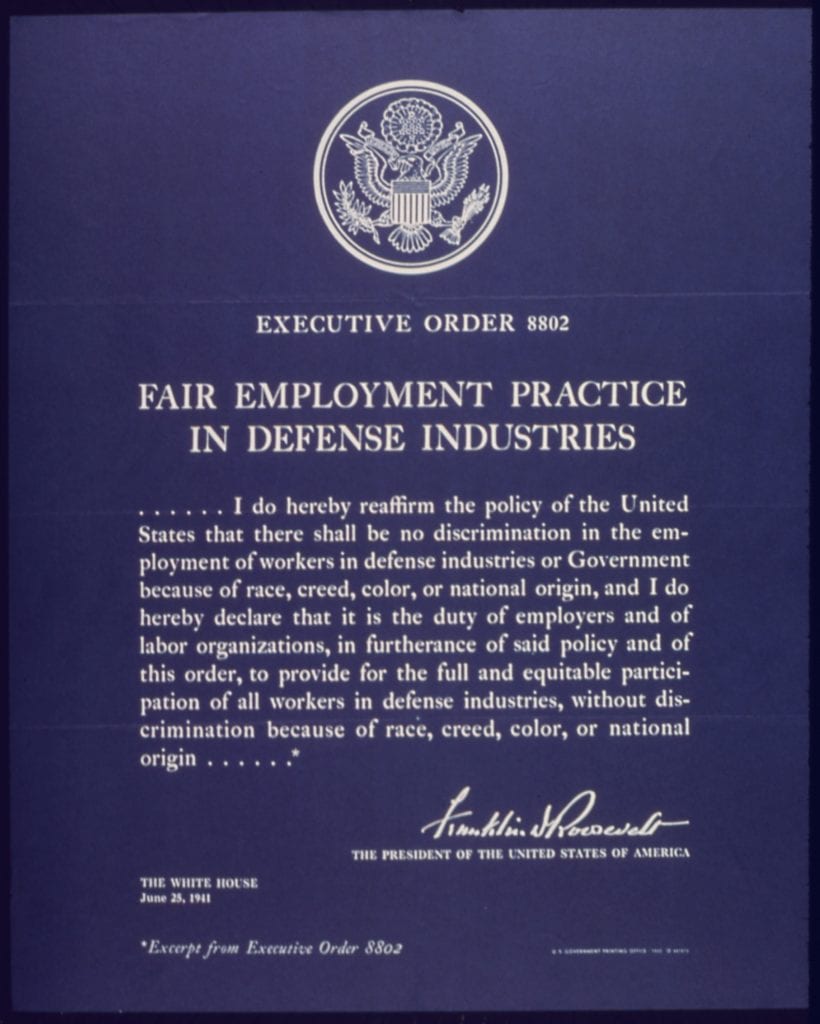 In simply existing, the Tuskegee Airmen became the group that took the first step toward the integration of severely divided military units.

While the Tuskegee Airmen had the sole intention of serving their nation in a time of crisis, their status as the first group of black military aviators in the US Army Air Corps foreshadowed the eventual integration of race in the military. 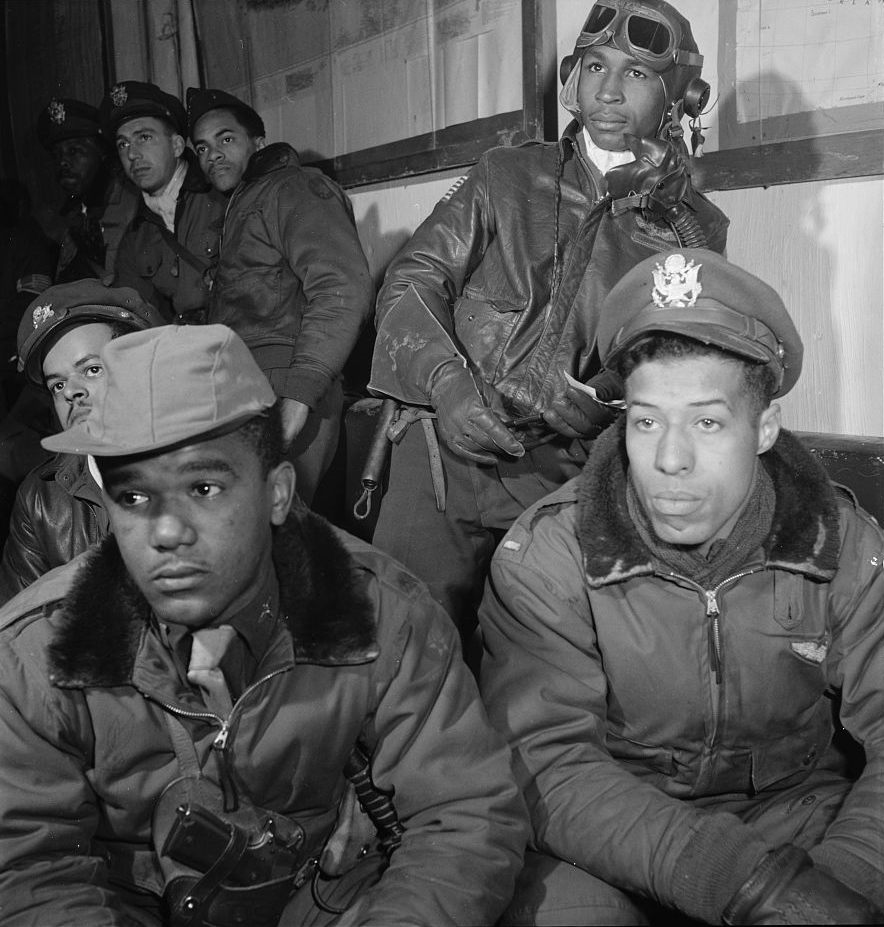 Nicknamed the Red Tail Angels, the Tuskegee Airmen’s elite reputation was earned through their aerial prowess, distinguished service and the minimal number of planes they lost in combat. Considering the revered aviation figures during this time, i.e. Charles Lindbergh and Amelia Earhart, were solely white, the Tuskegee Airmen’s success fighting relentlessly to preserve the United States’ core democratic ideals, even while being considered fundamentally inferior to their white counterparts, punctured the pseudo-scientific racist claims of racial inferiority.

These changing sentiments towards race were reflected when the Tuskegee recruits were threatened by the nearby white farming population near the airfield. Army officers held a meeting with the farmers, accusing them of sowing division among the US people and demanding their cooperation, “in view of the grim problems of this war.” Not only did the farmers cooperate with the training program from then on, but the airmen were proclaimed by Time Magazine as “a credit to the nation,” for their unmistakable skill and determination.

On July 26th, 1948, roughly three years after the war had concluded, newly elected American President Harry Truman mandated the equality of treatment and opportunity for the armed forces through Executive Order 9981. 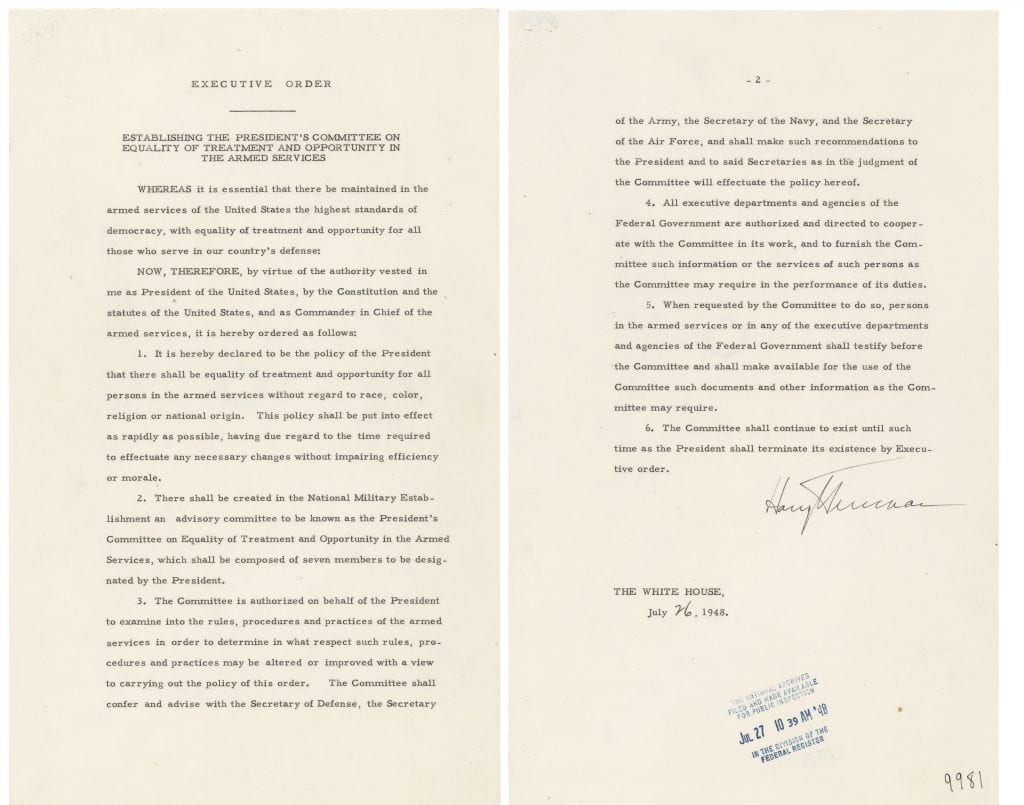 While the effects of the Tuskegee Airmen were not explicitly named as a reason behind such progression of rights, their service and example symbolized the “Double V” campaign’s incontrovertible beneficial contributions made towards advancing human freedom in the midst of World War II.

Chris was born in New Jersey, but has spent much of his life in Korea and Singapore. He is a student at Singapore American School. An avid writer and voracious reader, he loves learning about history, politics, business, and economics.