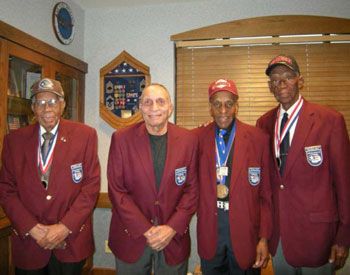 How many living Tuskegee airmen are there? According to Tuskegee Airmen, Inc., as of September 2018, the exact number of all individuals who actually participated in the Tuskegee Airmen experience, the pre-eminent group of black pilots in World War Two, between March 22, 1941 and November 5, 1949 are unable to be exactly determined at this point.  The group could confirm that that as of September 18, 2018 that there are 13 living Tuskegee airmen off the 355 Tuskegee Airmen single engine pilots who served in the Mediterranean theater operation during WWII.  In addition, they could confirm two of 32 Tuskegee Airmen single engine pilots who were prisoners of war (POW) are still living.

According to the 2019 book Soaring to Glory: A Tuskegee Airman’s World War II Story and Inspirational Legacy, among the Tuskegee Airmen, no more than 11 fighter pilots who deployed and saw combat in World War II are still alive. One of these is Harry Stewart, which makes the recording of his story all the more imperative. Like the other Red Tails, Harry fought for liberty abroad while being denied its fruits at home, and in relating the gamut of his experiences that range from tragic to triumphant there are hopefully lessons to be heeded and inspiration to be derived.