Heroes or Traitors? The French Army Mutiny of 1917

History » World War One » Heroes or Traitors? The French Army Mutiny of 1917 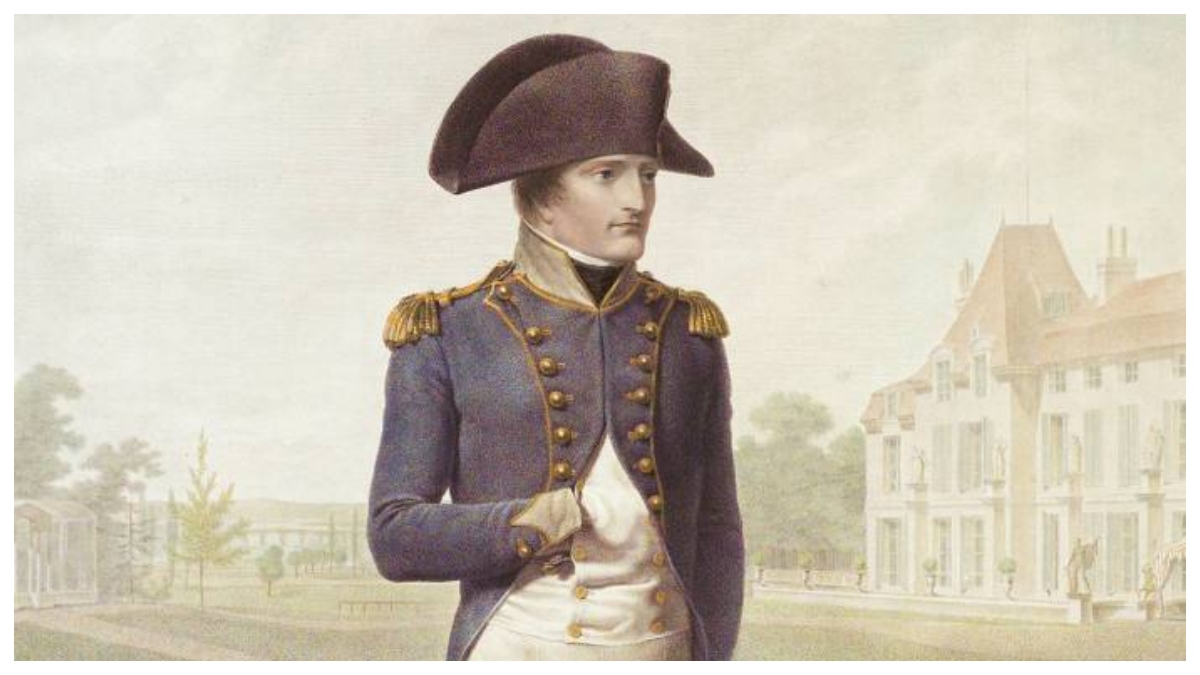 [The staggering death toll of WW1 battles prompted unrest in every army but among war-weary French soldiers, that anger boiled over into open rebellion. Contributor Dan McEwen highlights the events of the French army mutiny.]

Napoleon Bonaparte’s military ambitions ruined France. Although it took six coalitions of nations 12 years and over 40 battles, when the sun went down on the blood-soaked battlefields of Waterloo on June 15, 1815, it also set on France’s long reign as Europe’s dominant power. 55 years later a newly-unified Germany marched its army to the gates of Paris, dethroned Emperor Napoleon 3rd, and claimed the twin provinces of Alsace and Lorraine as prizes for their trouble. Humiliated, France’s military elite retreated to the Grand Quartier Général [army headquarters] to plot their revenge. But while they were nursing their grudge, the industrial revolution was changing the very nature of their profession.

Battlefields were becoming increasingly lethal to flesh and blood humans as the example of the evolution of the basic infantry rifle illustrates. In 1861, on average, a 1,000 man battalion fighting in the American civil war, equipped with front-loading flintlocks could fire about 3,000 shots every two minutes to an effective range of maybe 400 yards. But, upgrade those flintlocks to breech-loading rifles, and the rate of fire more than doubles to 8,000 rpm. Move up to bolt action rifles and 30,000 bullets are flying through the air every minute, these to a range of 1,200 yards! In 1900, Boer sharpshooters in Africa were routinely picking off British redcoats at distances of over a mile.

What didn’t change was the mindset of the military elites commanding Europe’s armies and  France’s marshals were no exception. All still believed that bravery beat bullets. The idea of an army’s ‘fighting spirit’ and their soldiers’ courage being able to carry any attack prevailed – even after machine guns were invented. “If we use moral courage, if we imbue that into our men, we will be successful” was the prevalent mindset of the day, according to Oxford University professor Johnathan Krause. Thus, to foster this esprit de corps, French soldiers were sent into battle in 1914 wearing bright red pants! German machine-gunners mowed them down like ripe wheat.

A second, more fundamental reason for the soaring death tolls was the generals’ fixation on taking the offense as a “strategic imperative” that regarded a defensive posture as tantamount to cowardice. “Of all faults, inaction is the worst!” thundered Marshal Petain. Keep in mind that this was during a time of peace! Germany’s presence on French soil in WW1 represented an intolerable threat to France’s existence and in their rush to evict the unwanted invader, Petain’s generals repeatedly made costly mistakes. By 1915, the deadliest year for French forces [349,000 deaths], officers were pistol-whipping their men to get them out of the trenches and over the top. Undaunted, the generals continued to launch and maintain such attacks throughout the year. “Same troops – same objective” was the Order of The Day, day after day and they wondered why casualties were so high,” observes Krause.

After the First Battle of Champagne, [Dec. 1914 – Mar. 1915] inflicted 240,000 casualties for a three-kilometer gain, French general Joseph Joffre took command of the army. Blaming the failure of the offensive on inadequate artillery support and too few infantry, he fired 162 generals and colonels, 70% of his Corps Commanders and 40% of senior commanders of all kinds, seemingly to no avail. The butcher’s bill for Verdun neared 400,000. The Somme Offensive claimed another 200,000 and still, the Germans could not be rooted out of their well-fortified bunkers. Like all combatants, the planners in the war rooms back at the Grand Quartier Général were stymied by the basic challenge of trench warfare: converting a tactical “break-in” of the enemy lines into a strategic “break-out”. Eventually, they threw up their hands up in frustration and decided to simply wait for the Americans to arrive. Perhaps they could figure it out.

Enter the poster boy for the Dunning-Kruger Effect [wherein a person is unable to recognize their own incompetence/ignorance]. An artillery officer, Robert Nivelle had snatched a few small victories from the jaws of defeat at Verdun, elevating him to super-star status among his peers. Convinced he alone had the answer to the trench stalemate, he set about convincing his political and military bosses to let him try. With titanic audacity, he promises them he can break the German lines and win the war, not in weeks or even days but hours! 48 to be exact. “If I haven’t done it by then, I’ll stop” he promises. It is a disturbing testament to their desperation for any kind of victory that the men in that room actually believed his moonshine.

The plan called for a pincer attack to snip off a salient at Arras and Chemin des Dames. However, the bold new strategy he’d concocted for bringing about this quick victory called for a mere tweaking of established tactics – a heavy artillery bombardment followed by a creeping barrage and behind it small teams of aggressive shock troops – that had already been repeatedly tried and defeated, always at enormous cost in lives. Indeed, the new Minister of War, Paul Painlevé, a former soldier, voiced grave doubts about the 48-hour claim but backed off when Nivelle threatened to resign. Thus empowered, the boastful Chief of Staff caroused with his buddies and let his loose lips sink his ship.

The Germans got wind of the planned offensive and began secretly withdrawing from the salient behind their impregnable Hindenburg Line. When a French General discovered the retreat, he asked Nivelle if he could attack but incredibly, Nivelle nixed the request, believing it would upset all his carefully laid plans. Some military analysts believe this was in fact the only real chance the offensive had to succeed because, for good measure, 35 more divisions were slipped into the German front lines alongside the mere nine Nivelle’s planning anticipates.

Known in the history books as the 2nd Battle of Aisne, [April 16-25], Nivelle’s offensive starts with a barrage of five million artillery shells that do so much damage to the ground, the troops following behind it bog down in the mud and 40,000 become casualties on the first day. But Nivelle does not stop as promised! His armies suffer 10,000 more casualties a day for 18 days. Branded a “mass murderer” by his shell-shocked troops, he is relieved of duty on May 15th [and hurriedly transferred to a post in North Africa], to be replaced by that old warhorse, Philip Pétain.

On the home front, the first public wave of anti-war protests was sweeping the country. In Paris, strikes by factory workers, mostly women made headlines. Their letters inspire their husbands at the front. 19 different mutinies took place throughout May and June. At its peak, 68 of the army’s 112 divisions were rendered unfit for duty, most of their ranks filled by embittered veterans of the Nivelle Offensive

More of a work-to-rule sit-in than a full-blown French army mutiny, soldiers remained at their posts, willing to fend off German attacks but adamant they would not go over the top again and demanded an immediate end to the war. “They did not want to be thrown away in any more useless offensives where casualty rates were just enormous and nothing is gained,” explains author/historian Christina Holstein. They also wanted better food and more rest periods.

Mutineers published pamphlets railing against the “gang of degenerates and careerists who are leading the country to ruin”, however, there was no armed uprising as their commanders feared. Rather, the mutinies took the form of acts of insubordination ranging from failing to stand in the presence of an officer to actual physical attacks on them, vandalism of public buildings, desertion, petitions, singing revolutionary songs on duty, street marches, and drunken riots. One group even commandeered a train and re-routed it to Paris where they presented their grievances directly to the government!

Petain’s senior officers were aghast to discover the depth of the discontent in the ranks but resisted the instinct to come down hard on the mutineers, for fear of instigating the kind of revolt that was sweeping through the Russian army. The supposed ringleaders were rounded up and court-martialed. 500 were sentenced to death but anticipating public blowback, the tribunals commuted most of these to prison sentences. Only 26 were executed by firing squads. Instead, 200 of the most “contagious” rebels were deported to French colonies. 3,000 were sentenced to prison but were put on probation until the end of the war allowing their sentences to be annulled for good behavior. Mutinous units were re-constituted and re-dedicated with great military pomp to renew their soldiers’ pride and commitment. Still, Petain believed that nothing succeeds like success and looked for a small victory that would re-energize his troops.

On August 20th, 60,000 French gunners firing 1,300 heavy guns and another 1,000 field guns, opened the second Battle of Verdun. After being well-fed and rested for a month, 360,000 French infantry go over the top one more time and capture 7,000 German prisoners on the first day, inflicting 49,000 casualties while taking only 20,000 for the entire offensive.

The honor and pride of the French army had been restored!

Whether the mutineers were traitors who shamelessly abandoned their country in its hour of need or heroes who forced reforms that would lead to victory is a question still debated in France today.

[Dan McEwen is a former corporate wordsmith who writes about military history. Contact him at: danielcmcewen@gmail.com]

1917 and the French Mutinies, André Leez

The Worst Year: The French Army in 1915, Jonathan Krause

1917 at Verdun: The French Hit Back, Christina Holstein

The Evolution of Warfare to 1914, Nicholas Murray