How did the Treaty of Versailles Lead to WW2?

History » World War One » How did the Treaty of Versailles Lead to WW2? 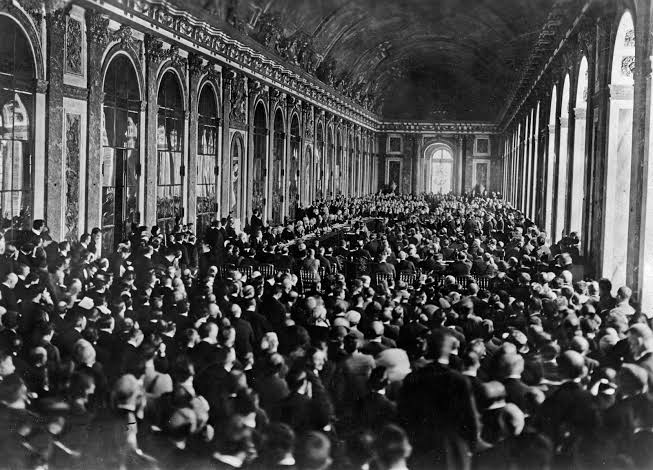 How did the treaty of Versailles lead to WW2? Continue reading to find the answers.

How did the Treaty of Versailles Lead to WW2

The events surrounding the outbreak of World War I, the most terrifying and brutal conflict the world had ever seen, were so complicated and obscure that historians to this day continue to debate which country bore the greatest responsibility for starting the war. As of 1915, the major players were:

Immediately following the war, revisionist historians in America began to challenge wartime propaganda throughout the Allied countries that had placed the blame for the war squarely on Germany. Harry Elmer Barnes (1889–1968) went so far as to argue that of all the major belligerents Germany was actually the least to blame for starting the war. In the early 1960s the pendulum began to swing back toward German guilt with the work of historian Fritz Fischer. Not all scholars were persuaded by Fischer, and by the early twenty-first century, historian Niall Ferguson would argue in The Pity of War that the country most responsible for transforming the conflict into a world war was Britain.

Whatever the truth of the matter, none of it made a whit of difference to Americans in 1914. No American interest was at stake, and American security was not threatened in the slightest. As the war progressed and degenerated into a hopeless quagmire, Americans counted their blessings that their sons had been spared the senseless fate of European men, hundreds of thousands of whom were being sacrificed in battles that moved the front only a matter of yards. Injuries were unspeakable. It was this war, for instance, that introduced the term “basket case” into our vocabulary; it referred to a quadruple amputee. No American in his right mind was eager to involve his country in such slaughter.

How did the Treaty of Versailles Lead to WW2

President Woodrow Wilson, for his part, urged Americans to be neutral in thought, word, and deed. Yet the president was at heart proBritish. Wilson himself once remarked privately, “England is fighting our fight and you may well understand that I shall not, in the present state of the world’s affairs, place obstacles in her way. . . . I will not take any action to embarrass England when she is fighting for her life and the life of the world.”

Germany’s violation of Belgian neutrality, which involved the passing of troops through Belgium on their way to France, became for the Allies a symbol of barbarity and militarism run amok and a reminder of the need to wipe autocracy from the face of the earth. Germany’s violation of Belgian neutrality was certainly an outrage, but obviously not the greatest atrocity in the history of mankind. The Germans had made the same request of the Belgians that they had of Luxembourg, which accepted them without difficulty: they wanted safe passage for German troops, and agreed to compensate Belgians for any damage or for any victuals consumed along the way.