How Many People Died in WW1?

History » World War One » How Many People Died in WW1?
Loading...

How Many People Died in WW1? A Look at the Numbers

World War One was one of the deadliest conflicts in the history of the human race, in which over 16 million people died. By way of comparison, far more lives were lost in the Second World War than in the First (more than 60 million. Moving beyond soldier deaths, the total number of both civilian and military casualties during World War One is estimated at around 37 million people. 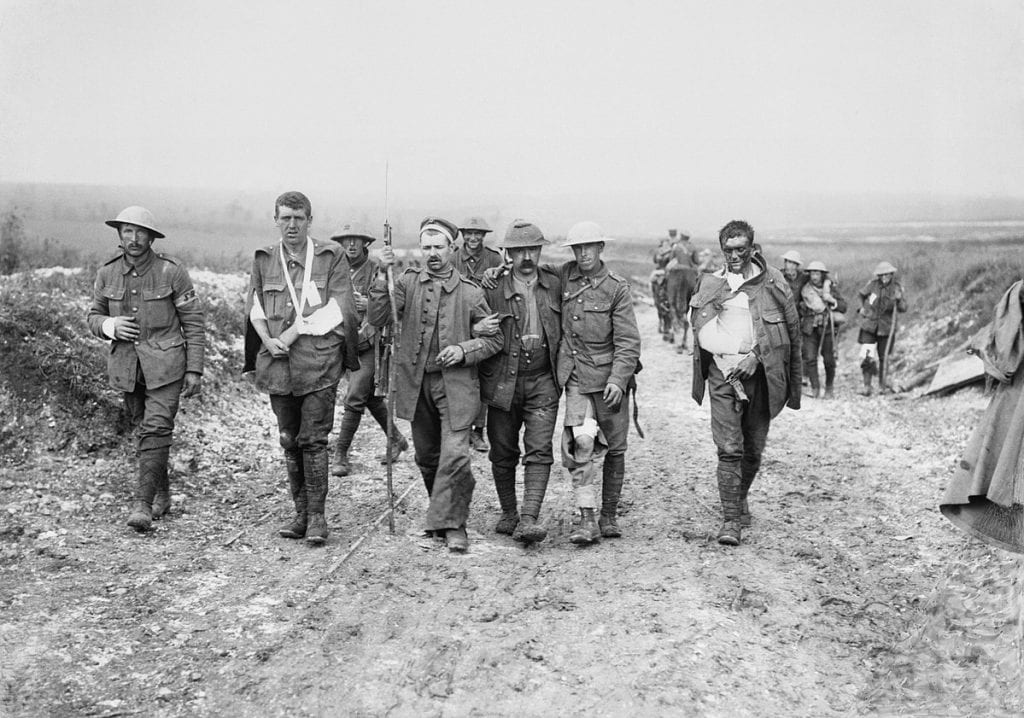 Military and Civilian Deaths on Both Sides

The Allies, or Entente Powers, counted around 6 million deaths, the Central Powers 4 million.

Many people died, not from combat, but from diseases caused by the war, a figure estimated at around 2 million deaths. 6 million people went missing during the war and were presumed dead.

Two out of three soldiers died in battle, the rest died due to infections or disease. The Spanish flu also killed a lot of people in prisoner camps.

The total number of civilian deaths is very hard to determine, unlike military deaths, which were better documented. Because of the war, many people suffered from disease and malnutrition because of food shortages brought about by a disruption in trade. Millions of men were also mobilized for the war, taking their labor away from farms, which cut down food production. In the Ottoman Empire, there were also the genocides that killed thousands of people. The Spanish flu also killed a lot of people, but historians often left these figures out of accounts.

Finally, there are even more indirect deaths caused by the wars that are not accounted for in such reports. The Armenian Genocide, which left 1.5 million dead in the final years of the Ottoman Empire, was precipitated by the Ottoman political leadership believing that the Armenian people would side with Russia in World War One, leading to the empire’s ruin. To secure their borders, they put Armenian men in work camps, which became extermination centers, and forced marched the elderly, women, and children to Northern Syria, which became a death march.

Trench coats became a military fashion accessory. And a Europe that could still see angels hovering over battlefields in 1914 was shell-shocked by 1919, full of doubts about the old chivalric ideals, prey to callow superstitions and pagan political movements.

It was the apparent collapse of the old ideals that helps explain what has become the popular view of the First World War—that it was a senseless, stupid struggle, the ultimate charnel house, a watchword for the obscenity and absurdity of war. The casualty lists were indeed horribly long. The victory that was won was indeed horribly mismanaged. But such casualty lists were inevitable in a modern war of European empires, and the mismanagement of the peace was not the soldier’s folly.