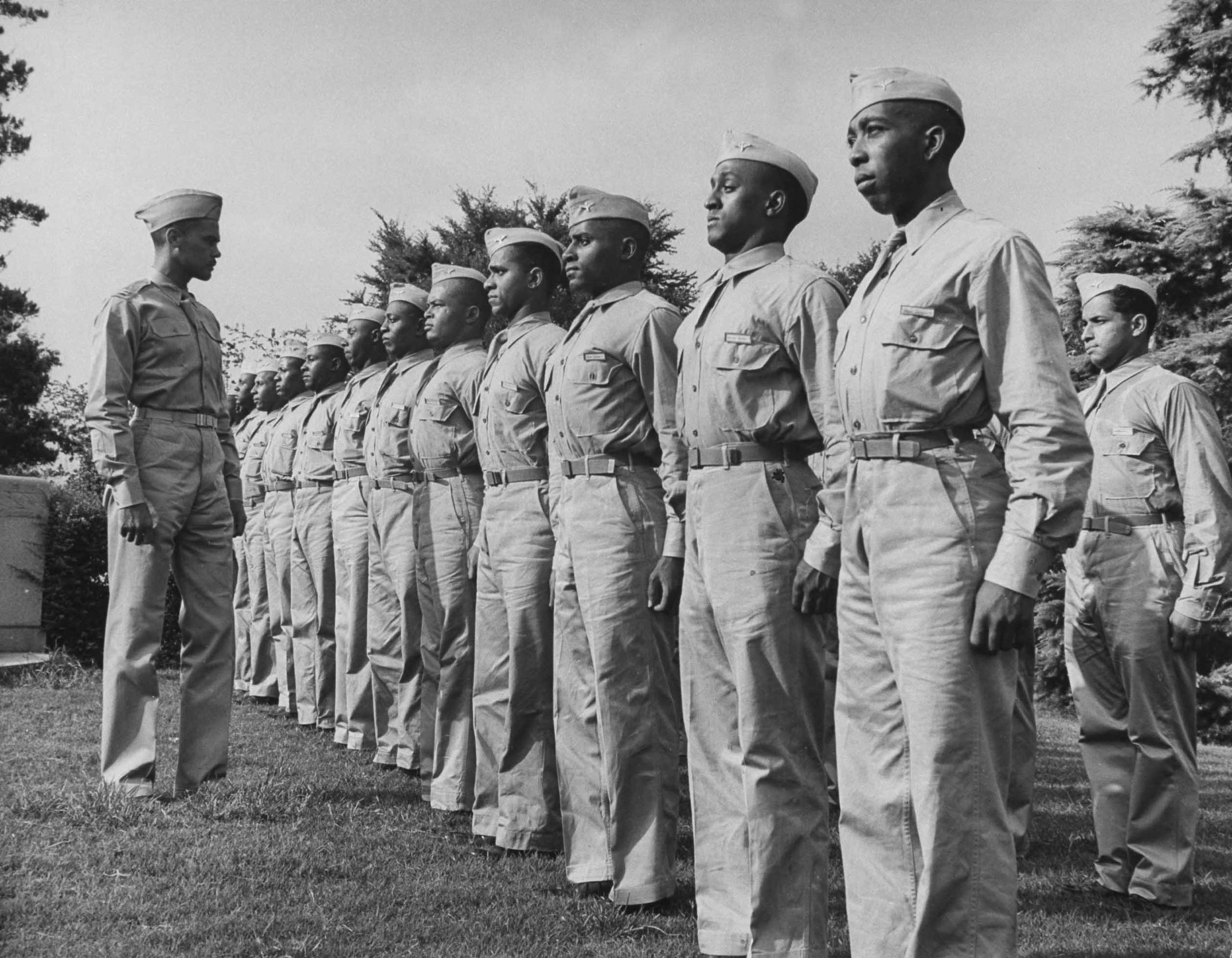 How many Tuskegee airmen were there? Among the pilots in the the 332nd Fighter Group and the 477th Bombardment Group of the United States Army Air Forces, there were a total of 932 pilots who graduated from the program. Among these, 355 served in active duty during World War Two as fighter pilots. Sixty-six Tuskegee Airmen died in combat.

Overall, The Tuskegee Airmen destroyed 251 enemy airplanes and were awarded a total of 150 Distinguished Flying Crosses for their service.

There were approximately 15,000 trailblazers who were part of the historic military flying program to train black aviators. Some groups such as the 477th Bombardment Group trained with North American B-25 Mitchell bombers, they never served in combat.

At the time of the Tuskegee Airmen, racial segregation and Jim Crow laws were still in place in the United States. This is how the group got their name—due the segregated nature of the United States military, all African-American military pilots trained at Moton Field and Tuskegee Army Air Field, close to Tuskegee, Alabama.

"How Many Tuskegee Airmen Were There?" History on the Net
© 2000-2022, Salem Media.
November 26, 2022 <https://www.historyonthenet.com/how-many-tuskegee-airmen-were-there>
More Citation Information.
Loading...
Loading...