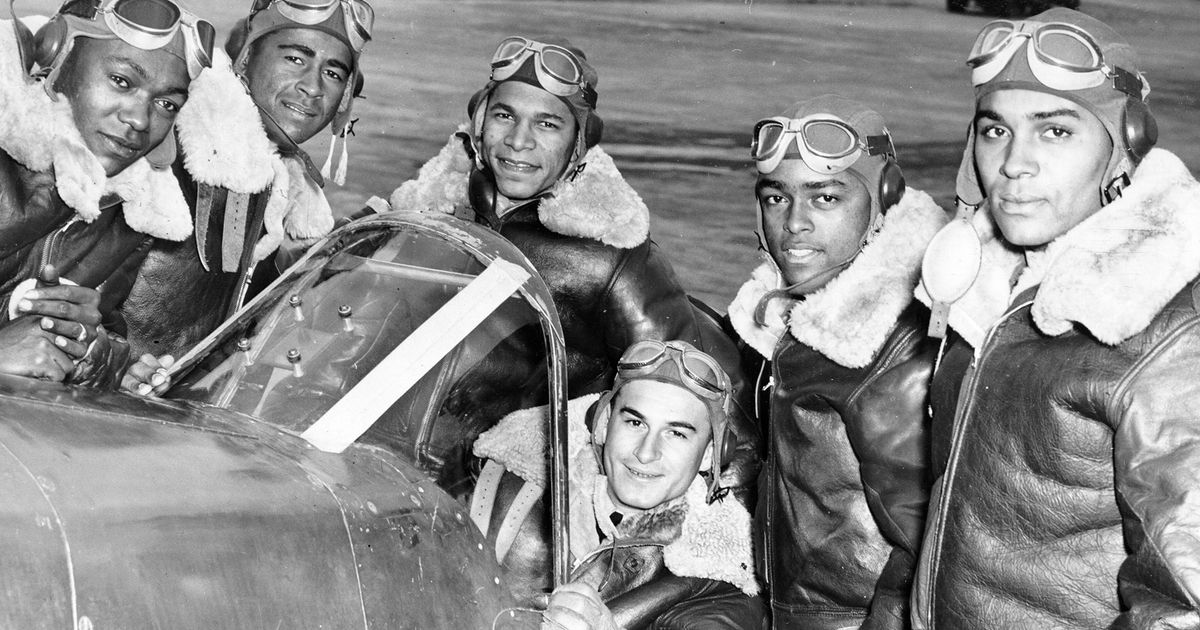 Decorating combat aircraft in assigned colors was in keeping with protocol of the Army Air Force in the World War Two era whereby a group’s aircraft were made easily identifiable. Just by looking at the nose or tail markings, pilots could tell which group was in the air flying alongside.

The Tuskegee Airmen is the popular name of the first all-black military pilot group who fought in World War Two. The group formed the 332nd Fighter Group and the 477th Bombardment Group of the United States Army Air Forces.Because the 332nd’s markings were not striped or checkerboard and because they were a bright color, they were generally regarded as the most distinctive within Fifteenth Air Force. Not surprisingly, the group’s flyers became known as the Red Tails.

The Red Tail Squadron were America’s first black military pilots and their support personnel. They are best known for the extraordinary efforts in the air war of World War II, and for challenging the stereotypes that had kept black Americans from serving as pilots in the U.S. Armed Forces.

In 1940, under pressure from political groups, and responding to the campaign promises of President Franklin D. Roosevelt, the USAAC began to accept black applicants to their flight programs. The next year they created a segregated unit for these new aspiring pilots. The program included all the pilots and enlisted support personnel who would give their service to the all-black unit.

The new cadets who would one day compose the Red Tail Squadron were determined to create a record of excellence during their training and future war service so there could be no doubt about their value as patriots and aviators. Their ability to triumph over adversity and go down in history as extremely adept pilots not only proved flight worthiness, but continues to inspire future generations. They were not only pilots – the Tuskegee Airmen were a collective group of thousands of men and women who came together in all the various roles required to enable the pilots in their history-making journey.