Viking Occupations: What Did Vikings Do When They Weren’t Raiding?

History » The Vikings » Viking Occupations: What Did Vikings Do When They Weren’t Raiding? 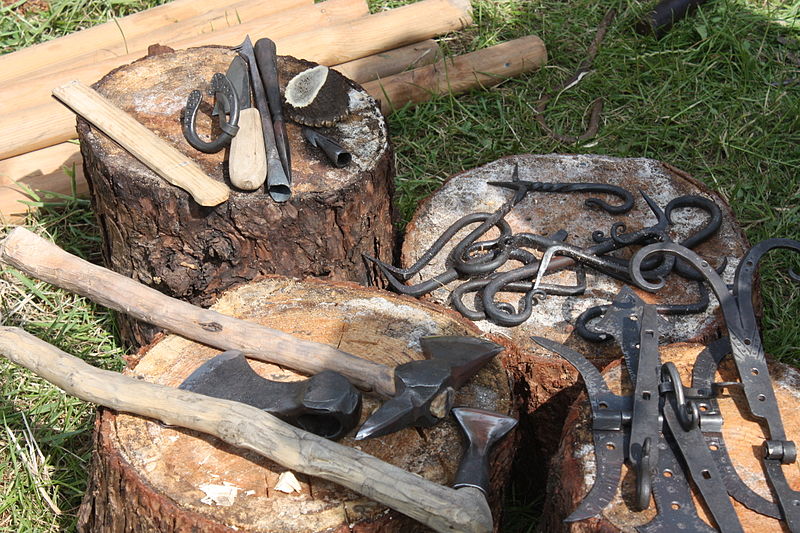 Our modern-day conception of the Vikings is of groups of fearsome warriors out for plunder. Taking ship, they’d sail for the nearest unprotected town or monastery and there overcome any resisters, killing and looting. They’d take everything of value—including people. They’d then leave with their plunder and new slaves and go back to their homes. These raiders and killers would be gone before anyone could raise a defense against them.

This is a true picture of the Vikings, as they raided and plundered for a couple of hundred years. Yet it is not the only picture we should have of these energetic people. Besides occasional raids, Vikings were explorers, traders and extraordinary craftsmen. It is by virtue of their shipbuilders and weapon makers that the Vikings were so successful in raiding European countries.

Most Vikings were farmers as previously mentioned in “Life on a Viking Farm”. They were also excellent all-around handymen: carpenters, blacksmiths, bone-carvers, animal doctors, fence repairers, herdsmen and so on. They could do whatever was needed around the farm—they made or repaired most of the tools and they built whatever building they needed for themselves and their animals. When work on the farm slowed down, then the Viking farmers might get with a group and go raiding, exploring or trading.

As the Viking Age progressed, trading centers began to appear in each of the Viking countries: Sweden, Norway and Denmark. Gradually, these centers, where traders from all over Europe, Russia and the Middle East would come, grew into towns. In these towns, and others in Europe and Russia, Vikings began to specialize in the arts, crafts, metalworking, pottery etc. By the middle of the Viking age, you’d find not only Viking farmers, traders and blacksmiths, but armor and weapon makers, carpenters, stone carvers, jewelry makers, bead makers, bone and antler carvers, cup makers, potters, weavers, slave traders and amber dealers.

Besides raiding and farming, Vikings were exceptional craftsmen. Shipbuilders built not only the dreaded dragon ships, but also knarrs, ocean-going merchant ships, and a variety of other specialized boats. Jewelers, bronze-casters, antler carvers and bead makers made their splendid jewelry in every trading town. Viking craftsmen produced tableware, clothing, leather work, shoes and boots and every other kind of tool or household object that people used in those days.

While our impression of the Vikings as terrifying warriors isn’t wrong, it also isn’t the only image we should have. The Scandinavian people had a huge impact on the history and culture of Russia and Europe. Their trade empire went from the Arctic Circle to Northern Africa and all points between, including the Middle East. They found and settled the new colonies of Iceland, Greenland and Vinland, at least temporarily. They founded new states in Normandy, France and in the Ukraine in Russia and conquered England. Vikings were raiders and pirates, but they were so much more besides.

"Viking Occupations: What Did Vikings Do When They Weren’t Raiding?" History on the Net
© 2000-2021, Salem Media.
March 7, 2021 <https://www.historyonthenet.com/viking-occupations-what-did-vikings-do-when-they-werent-raiding>
More Citation Information.
Loading...