For more information on ww1 weapons, get access to worksheets, study guides, infographs, and other useful material related to World War One by clicking here.

During World War One a variety of weapons were used. The tried-and-true small arms and artillery were prominent features of the battlefield, as they had been for the last three centuries. But in the early 20th century a number of technological innovations created entirely new classes of weapons. These WW1 weapons were responsible for the staggering scale of death from the Great War.

The main weapon used by British soldiers in the trenches was the bolt-action rifle. 15 rounds could be fired in a minute and a person 1,400 meters away could be killed. 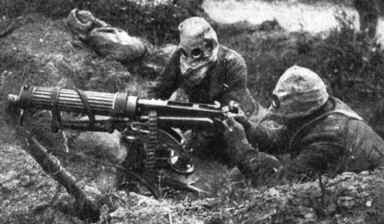 Machine guns needed 4-6 men to work them and had to be on a flat surface. They had the fire-power of 100 guns.

Large field guns had a long range and could deliver devastating blows to the enemy but needed up to 12 men to work them. They fired shells which exploded on impact. 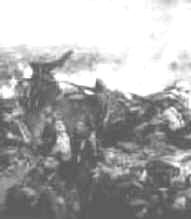 The German army were the first to use chlorine gas at the battle of Ypres in 1915. Chlorine gas causes a burning sensation in the throat and chest pains. Death is painful – you suffocate! The problem with chlorine gas is that the weather must be right. If the wind is in the wrong direction it could end up killing your own troops rather than the enemy.

Mustard gas was the most deadly weapon used. It was fired into the trenches in shells. It is colourless and takes 12 hours to take effect. Effects include: blistering skin, vomiting, sore eyes, internal and external bleeding. Death can take up to 5 weeks. 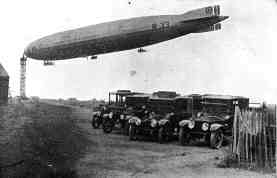 The Zeppelin, also known as blimp, was an airship that was used during the early part of the war in bombing raids by the Germans. They carried machine guns and bombs. However, they were abandoned because they were easy to shoot out of the sky. 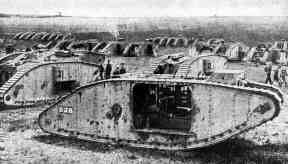 Tanks were used for the first time in the First World War at the Battle of the Somme. They were developed to cope with the conditions on the Western Front. The first tank was called ‘Little Willie’ and needed a crew of 3. Its maximum speed was 3mph and it could not cross trenches.

The more modern tank was not developed until just before the end of the war. It could carry 10 men, had a revolving turret and could reach 4mph.

Planes were also used for the first time. At first they were used to deliver bombs and for spying work but became fighter aircraft armed with machine guns, bombs and some times cannons. Fights between two planes in the sky became known as ‘dogfights’ 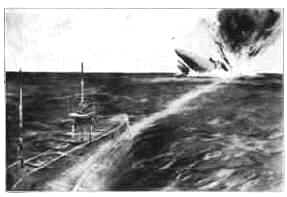 Torpedoes were used by submarines. The Germans used torpedoes to blow up ships carrying supplies from America to Britain.

The Germans torpedoed the passenger liner Lusitania on May 1st 1915 which sank with a loss of 1,195 lives. Americans were outraged and joined the war in 1917 on the side of the allies.