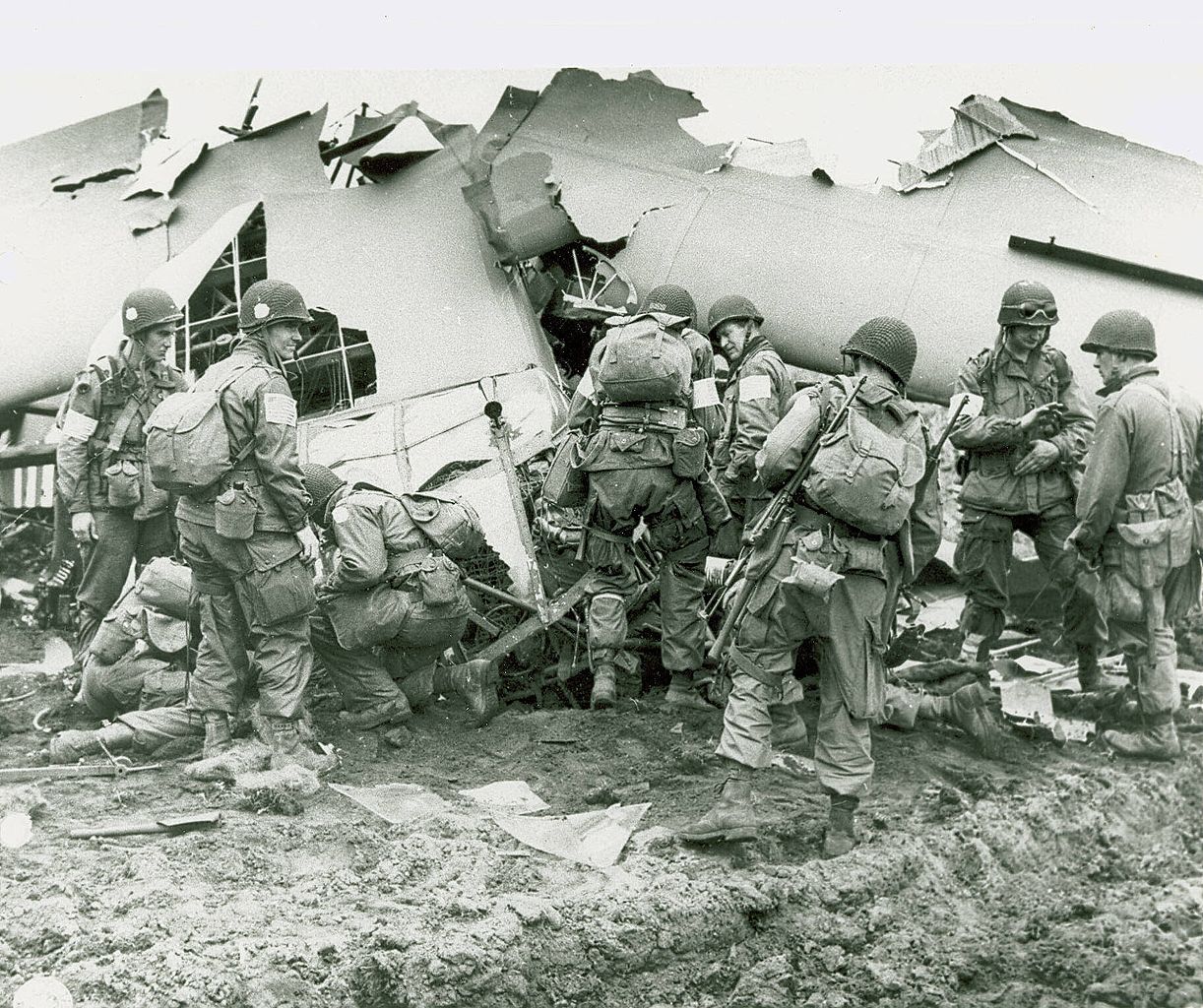 The following article on the 101st Airborne Division is an excerpt from Barrett Tillman’ D-Day Encyclopedia. It is available for order now from Amazon and Barnes & Noble.

The ‘‘Screaming Eagles’’ were activated at Camp Claiborne, Louisiana, on 15 August 1942 under Maj. Gen. William C. Lee, who turned over to Maxwell D. Taylor in March 1944. Arriving in England in September 1943, the 101st began intensive training for Normandy with the 327th and 401st Glider Infantry plus the 501st, 502d, and 506th Parachute Infantry Regiments.

On the night of 5–6 June, Taylor’s 101st Airborne Division air-assaulted into Normandy, securing beach exits from St. Martin to Pouppeville. On D+1 the 506th pushed southward from Cauloville and encountered stiff resistance near St. Come-sur-Mont. The next day, the 8th, the division engaged in the battle for Carentan, with the 502d fighting steadily along the causeway over the next two days. On the 11th the 502d Parachute and 327th Glider Infantry (reinforced with elements of the 401st) pushed the Germans into the outskirts of Carentan, permitting the 506th to occupy the city on the 12th, D+6.

The inevitable German counterattacks were repelled over the next two weeks, at which time the Screaming Eagles were relieved by the Eighty-third Infantry Division. In Normandy the division sustained 4,480 casualties, including 546 known dead, 1,907 missing (many of whom later turned up), and 2,217 wounded.

In late June the 101st Airborne Division moved to Cherbourg and in mid-July returned to England. There it began refitting before Operation Market-Garden, the Arnhem operation, which took place that September.

Under the acting division commander, Maj. Gen. Anthony C. McAuliffe, the Eagles held Bastogne, Belgium, during the Battle of the Bulge. In nearly a year of combat, the 101st lost 11,550 men, including 3,236 dead or missing.