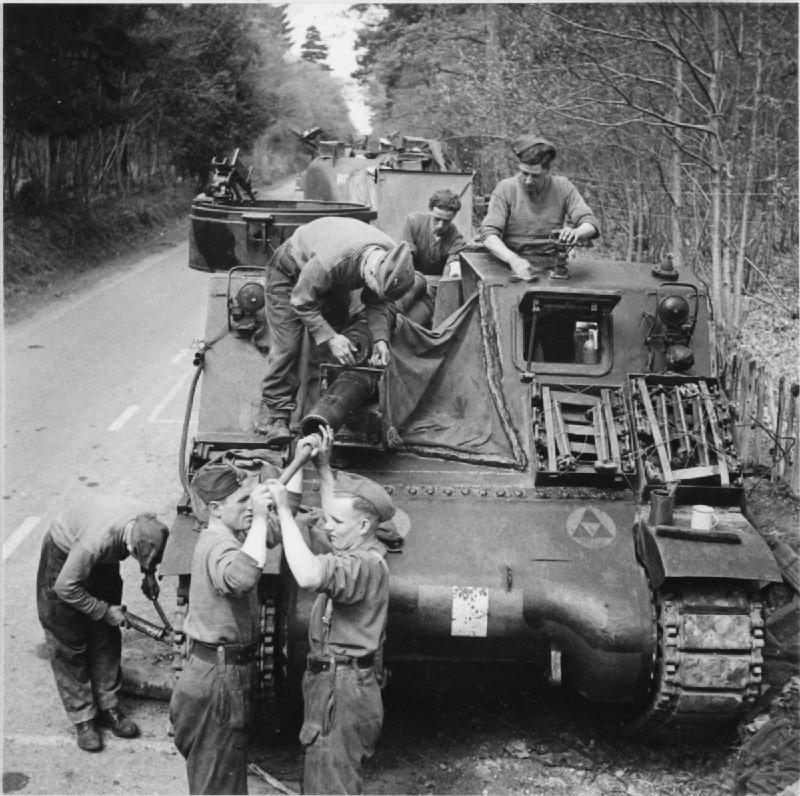 The following article on the 4th Infantry Division is an excerpt from Barrett Tillman’ D-Day Encyclopedia. It is available for order now from Amazon and Barnes & Noble.

Major General Raymond O. Barton’s ‘‘Ivy Division’’ was activated at Fort Benning, Georgia, on 1 June 1940 and was reorganized as the 4th Infantry Division that summer. Arriving in England in January 1944, the 4th Infantry Division comprised the Eighth, Twelfth, and Twenty-second Infantry Regiments (Motorized), with the Twentieth, Twenty-ninth, Forty-second, and Forty-fourth Field Artillery Battalions. For the Normandy landings the Ivys were placed under Maj. Gen. Joseph L. Collins’s VII Corps, assigned to land on Utah Beach. For Overlord, Barton’s command was reinforced with the First and Third Battalions of the 359th Infantry from the Ninetieth Division.

Moving inland, the Eighth Regiment relieved the Eighty-second Airborne Division at Sainte-Mère-Église and blunted German counterattacks. The next day the Ivys began their advance toward Cherbourg, capturing the vital port on 25 June. The 4th Infantry Division lost more men in training for D-Day than during the actual assault. However, from D-Day to 1 July the division sustained 844 killed, 788 missing, 3,814 wounded, and six captured.

Following the breakout from Normandy, men of the ‘‘Fighting Fourth’’ were among the first American troops into Paris. Major General Harold W. Blakeley replaced Barton in Luxembourg at the time of the Battle of the Bulge. By VE-Day the Fourth had sustained 22,100 casualties (4,850 dead), second only to the Third Division, which fought in Africa, Italy, and southern Germany.