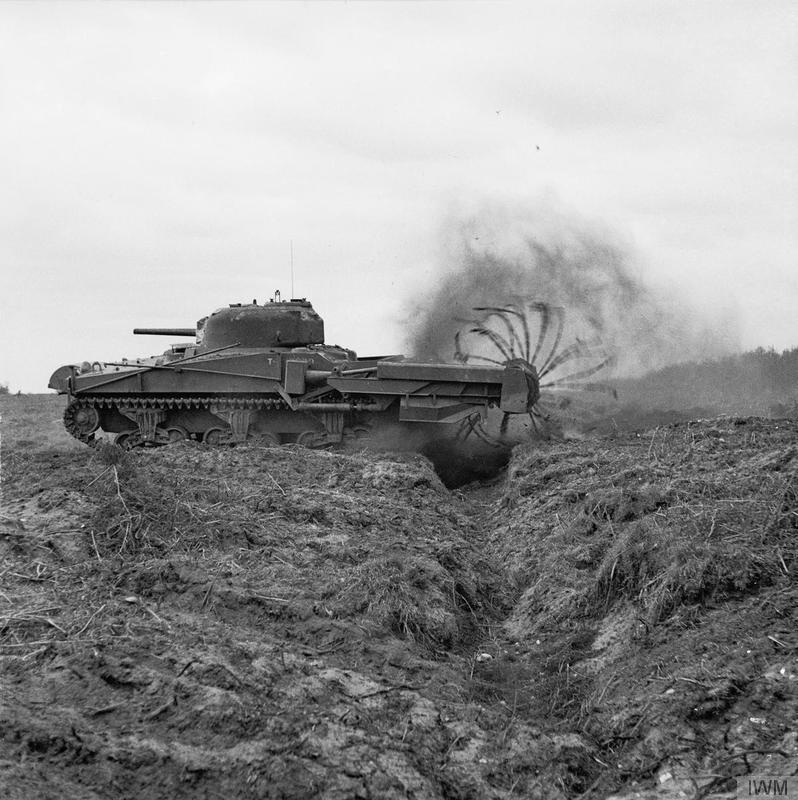 The following article on the 79th Armoured Division is an excerpt from Barrett Tillman’ D-Day Encyclopedia. It is available for order now from Amazon and Barnes & Noble.

Commanded by the charismatic Brigadier Simon Fraser, Lord Lovat, the First Special Service Brigade was formed specifically for the Normandy landings. Its components were Nos. 3, 4, and 6 Commandos of the British army, No. 45 Royal Marine Commando, and part of No. 10 Interallied Commando, mainly comprised of Free French troops. The brigade’s total strength amounted to some 2,500 men.

Landing on Sword Beach, Lovat’s forces advanced through lines held by the Third Division’s Eighth Brigade. The commandos’ main objective was relief of the British Sixth Airborne Division, which had seized vital bridges over the Orne River.

On 7 June Lovat’s marines attacked east of the Orne Estuary, while No. 3 Commando assaulted the Merville Battery of coastal defense guns. Both efforts were repulsed, but the brigade ceded little ground to determined counterattacks. Repeated thrusts were made by German armor, including the Twenty-First Panzer Division. The commandos seized Breville on D+6, and though Lovat was badly wounded, the eastern flank of the landing beaches had been secured.

The brigade was withdrawn after ten weeks in combat, sustaining nearly a thousand casualties.

This article on the 79th Armoured Division is part of our larger selection of posts about the Normandy Invasion. To learn more, click here for our comprehensive guide to D-Day.