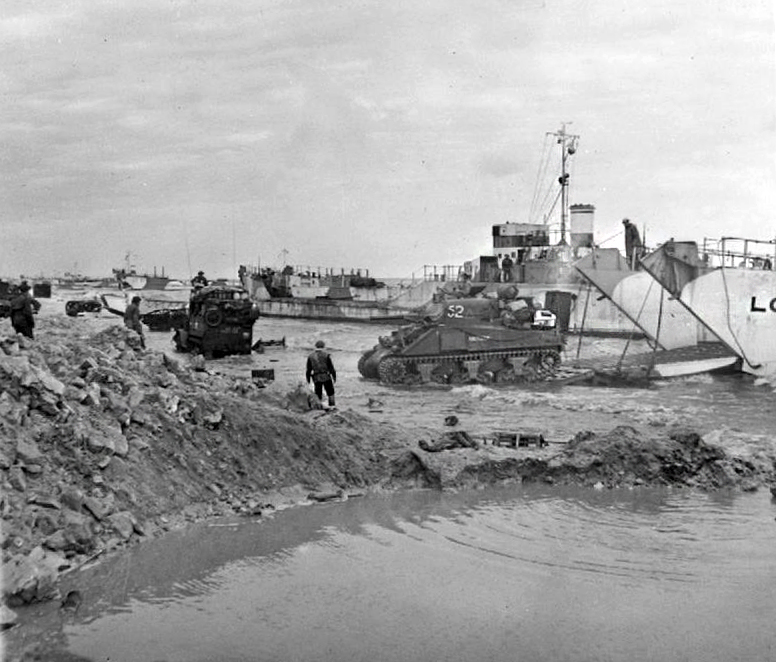 The following article on D-Day planning is an excerpt from Barrett Tillman’ D-Day Encyclopedia. It is available for order now from Amazon and Barnes & Noble.

D-Day planning involved massive staging operations of thousands of troops. During the first week of May 1944, massive troop movements occurred throughout Great Britain. From England itself as well as Scotland, Wales, the Midlands, and Northern Ireland, regiments, divisions, and corps were assembled in pre-invasion staging areas for D-Day.

The logistics of D-Day planning for moving hundreds of thousands of men and almost half a million vehicles were enormous. Each division went to a designated staging area along England’s south coast. The areas were labeled ‘‘sausages,’’ for their elongated shape; each was surrounded by a wire fence patrolled by military police. Security was tight; no one could get in or out without written permission. Yet if the troops felt confined and resented the order against warming fires, conditions were tolerable. They ate better than almost anyone in the United Kingdom; steaks, eggs, pies, even ice cream were abundant. The task of feeding so many men was a major chore, and the U.S. Army produced some four thousand newly trained cooks to meet the need.

By one reckoning nearly 175,000 soldiers were housed, largely under canvas and camouflage netting. The staging areas were crammed with supplies and equipment, and there was plenty to do. New weapons were issued to assault troops; vehicles and equipment were waterproofed; final organization and tactics were confirmed.

From the staging areas (except for airborne units), troops from five nations walked or rode to their embarkation ports. Ordinary traffic in England came almost to a stop during early June, as routes toward the coast often became one-way. Transport ships and landing craft were boarded in numerous harbors including Bournemouth, Eastbourne, Plymouth, Portsmouth, Southampton, Torquay, and Weymouth. Next stop: France.

This article on D-Day planning is from the book D-Day Encyclopedia, © 2014 by Barrett Tillman. Please use this data for any reference citations. To order this book, please visit its online sales page at Amazon or Barnes & Noble.