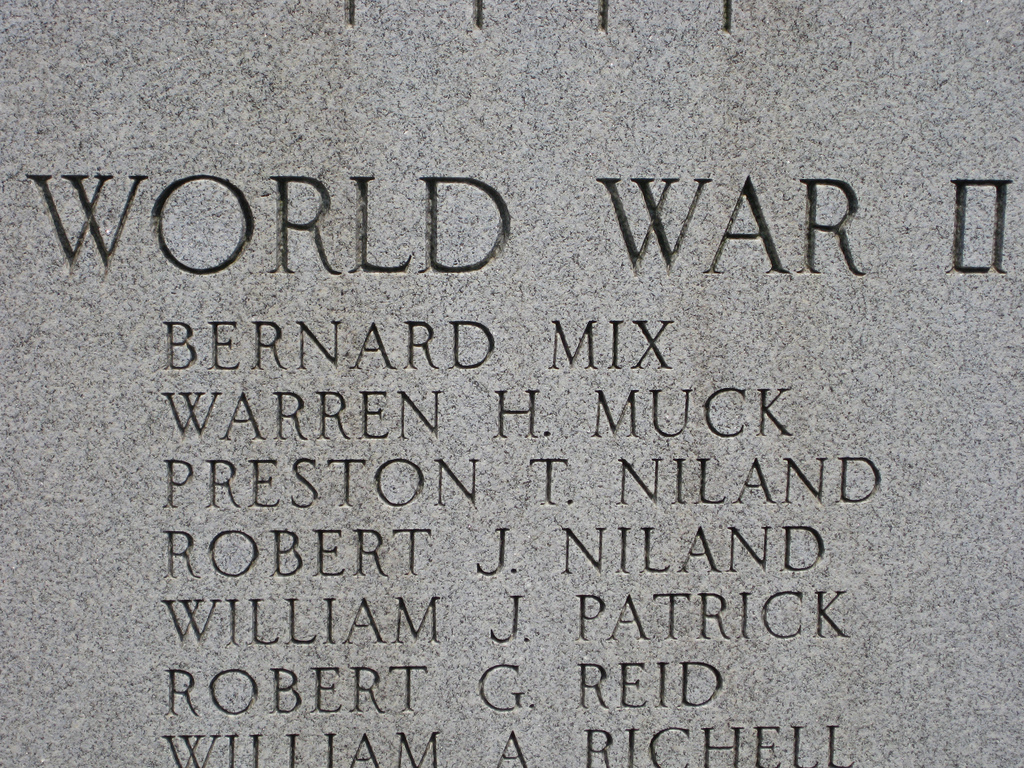 The following article on the Niland Brothers is an excerpt from Barrett Tillman’ D-Day Encyclopedia. It is available for order now from Amazon and Barnes & Noble.

The plot for the enormously successful D-Day motion picture Saving Private Ryan involved a search for the sole survivor of four brothers serving in the U.S. Army. In the movie, mention is made of regulations prohibiting assignment of brothers to the same unit, based on the loss of the five Sullivans on the cruiser USS Juneau in the Solomon Islands. In fact, a much greater loss was sustained on the opening day of America’s entry to the war, when most of the thirty-four sets of brothers (including two sets of triplets) were lost aboard the battleship Arizona in Pearl Harbor.

A similar event actually occurred over D-Day, involving the Niland brothers of New York State. One of the men, Edward, was reported missing in action in Burma. Meanwhile, three other brothers were involved in the Normandy operation, as Lt. Preston Niland was killed leading a platoon of the Fourth Infantry Division on Utah Beach. Sergeant Robert Niland of the Eighty-second Airborne Division remained as a rear guard with two other troopers, covering his unit’s withdrawal and protecting twenty-eight wounded men and a medic. Robert was killed manning a machine gun; his two comrades were captured but survived the war.

Frederick ‘‘Fritz’’ Niland of the 101st Airborne Division became separated from his platoon in the badly scattered night drop. On D+18 he found his way to safety and was taken to the beach by a chaplain, who ensured that the youngster got on a ship bound for home. His mother had received three telegrams on the same day, reporting one son dead and two missing.

Edward Niland was found alive in a Japanese POW camp that was liberated by British Commonwealth troops.

This article on the Niland Brothers is from the book D-Day Encyclopedia, © 2014 by Barrett Tillman. Please use this data for any reference citations. To order this book, please visit its online sales page at Amazon or Barnes & Noble.