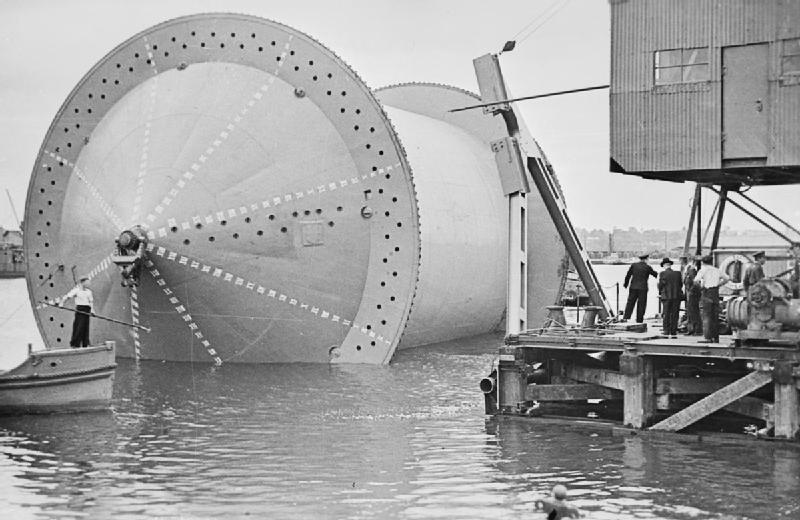 The following article on the Pluto Pipeline is an excerpt from Barrett Tillman’ D-Day Encyclopedia. It is available for order now from Amazon and Barnes & Noble.

German intelligence may have assumed that PLUTO was the whimsical name of an Allied operation based on the popular Disney cartoon dog. However, PLUTO was an acronym for ‘‘Pipeline Under The Ocean,’’ an ambitious concept of planning for D-Day to provide the Allied Expeditionary Force with adequate fuel supplies while alleviating the anticipated crowding in Normandy ports. The Pluto Pipeline was the lifeblood of the Normandy Invasion.

The Pluto Pipeline was a series of three-inch steel pipes bound together in groups fifty feet across and ninety feet long, weighing about two thousand tons each. Pumping stations in England and the Isle of Wight sent the petroleum on its way; the receiving end was to be in Cherbourg, but the Allies did not secure that vital port until mid-September.

The scheme to deliver oil through the pipeline was developed by Chief Engineer of the Anglo-Iranian Oil Company Arthur Hartley. Pipelines were necessary to deliver the oil because Allied forces in Europe required a tremendous amount of fuel and oil tankers could be slowed by bad weather. They were also susceptible to German submarines and needed in the Pacific War.

Another PLUTO line ran to Ostend, Belgium. In keeping with the cartoon nomenclature, the first line was called ‘‘Bambi’’ and the second ‘‘Dumbo.’’ Though the Normandy breakout placed PLUTO stations well behind the Allied armies, the system delivered more than 130 million U.S. gallons of fuel.