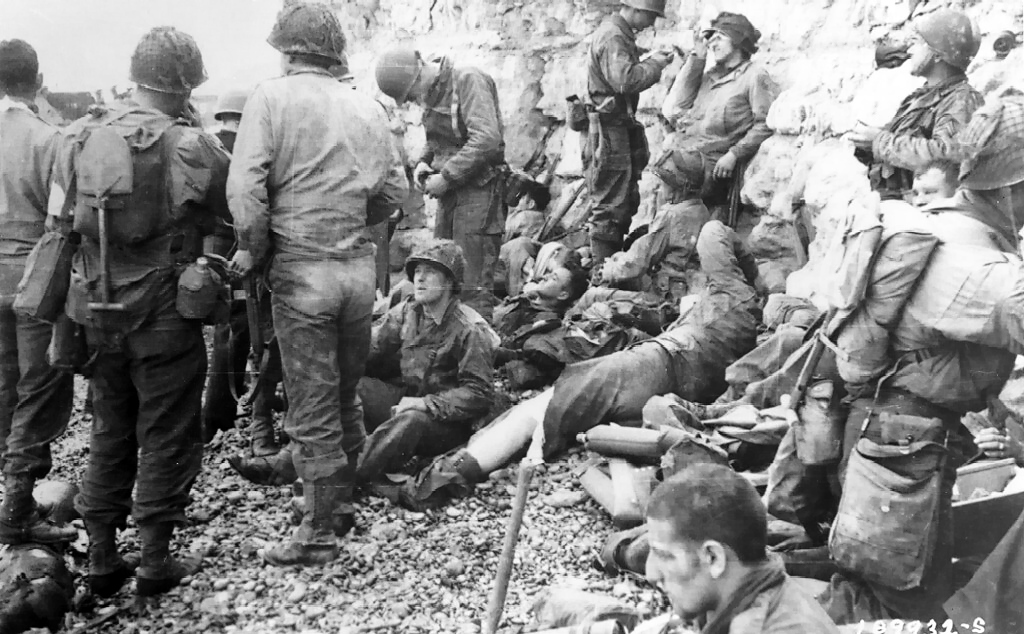 The following article on U.S. Rangers at D-Day (rangers d-day) is an excerpt from Barrett Tillman’ D-Day Encyclopedia. It is available for order now from Amazon and Barnes & Noble.

During the Second World War the U.S. Army formed some 112 independent battalions, including infantry, defense, parachute, armored, antitank, reconnaissance, and ranger units. Of these, nearly sixty were committed to combat, while the remainder were garrison or training organizations in the United States or overseas.

Emulating the British commandos, six ranger infantry battalions were formed during World War II, and they sustained extremely heavy losses. The First, Third, and Fourth were nearly annihilated at Anzio, Italy, in January 1944. The Sixth Rangers were formed in New Guinea in late 1944 and participated in the Philippine campaign.

The two battalions constituting the D-Day Provisional Ranger Force each had six rifle companies—making them twice the size of a standard infantry battalion. 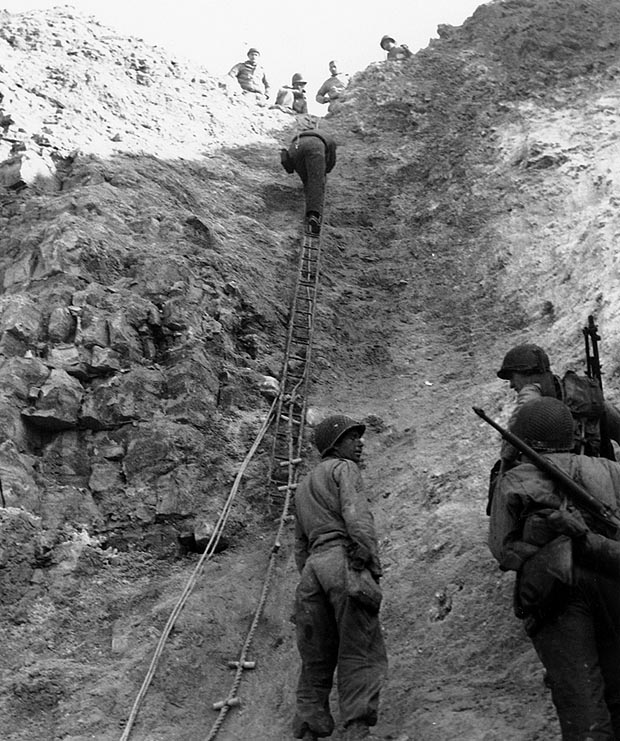 The Second Ranger Battalion was formed at Camp Forrest, Tennessee, on 1 April 1943 and embarked for Britain in November. There it trained intensively for D-Day, specializing in amphibious and mountain warfare skills. On 6 June, Lt. Col. James E. Rudder’s A, B, and C Companies joined the Fifth Ranger Battalion in gaining a toehold on Omaha Beach, the action vividly depicted at the beginning of Saving Private Ryan. Meanwhile, D, E, and F scaled the sheer cliffs of Pointe du Hoc to destroy a battery of 155 mm guns. Of some 220 men who started up the cliff, fewer than eighty were effective that night. They held out for two days until relieved by elements of the Fifth Rangers and the Twenty-ninth Division. Subsequently Rudder’s troops fought through northern France, the Ardennes-Alsace campaign, and the Rhine crossing. Upon return to the United States, the battalion was inactivated at Camp Patrick Henry, Virginia, on 23 October 1945.

Under Lt. Col. Max F. Schneider, the Fifth Ranger Battalion assaulted Omaha Beach on D-Day. Formed at Camp Forrest, Tennessee, 1 September 1943, the battalion arrived in Britain in January 1944. On the morning of 6 June it landed with the 116th Infantry Regiment of the Twenty-ninth Division and, with elements of the Second Ranger Battalion, was instrumental in the advance inland. In fact, Ranger history was made when the Twenty-ninth Division’s assistant commander, Brig. Gen. Norman Cota, turned to Schneider and ordered, ‘‘Rangers, lead the way off this beach!’’ Like the Second Battalion, the Fifth participated in the Normandy, northern France, Ardennes-Alsace, and Rhineland campaigns.

This article on U.S. Rangers at D-Day (rangers d-day) is from the book D-Day Encyclopedia, © 2014 by Barrett Tillman. Please use this data for any reference citations. To order this book, please visit its online sales page at Amazon or Barnes & Noble.