Vikings: From Pagans to Christians

History » The Vikings » Vikings: From Pagans to Christians 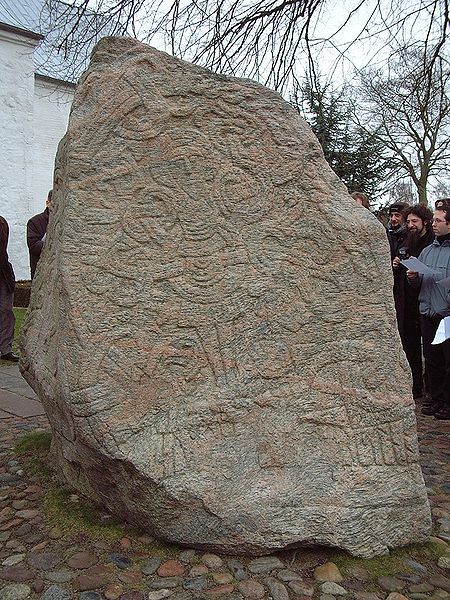 While Charlemagne “converted” pagans to Christianity by the sword, the conversion of Vikings to Christianity occurred without violence for the most part. In the early Viking Age, Viking traders noted that they suffered losses in trade contracts and deals because the other party was Christian. Christian traders tended to give more business and better deals to other Christians, discriminating against pagans and Muslims. A Viking trader might then wear a cross when he was among Christians only to change it back to his usual Thor’s hammer upon returning home. As long as the Viking trader wasn’t baptized, he could practice both religions, a common practice in Scandinavia for the next few centuries.

At first, the Viking Norse didn’t take to Christianity. They loved their own gods and were content with them. English and Frankish Christian priests and monks had begun missionary tours to the Viking lands from the 700s to 800s. However, the conversion of the Vikings took place over centuries. Even when a Danish or Swedish king became Christian and proclaimed his people were Christian, many still practiced their pagan ways and held to the old gods. By the end of the Viking Age, however, most Vikings had become fully Christian and were baptized and buried in that faith.

While an earlier Danish Viking king, Harald Klak, had been baptized in 826, it wasn’t until King Harald Bluetooth was baptized in 965 that Christianity took a firmer hold in Denmark. Harald Bluetooth raised the Jelling Stone proclaiming that he made all Danes Christian, although the new faith lived side by side with the old for the next few hundred years. Danish Vikings accepted Christianity slowly. By 1110 the first stone cathedral was begun in Denmark’s oldest city of Ribe. It was finished in 1134. By then, most Danes had become Christian.

Although a few earlier kings had adopted Christianity, it wasn’t until 995 when Olaf Tryggvason led a successful revolt against the pagan king Hakkon Jarl that Christianity came to Norway. Olaf Tryggvason became King Olaf I and proceeded to convert Norwegians to Christianity by force. He burned pagan temples and killed Vikings who wouldn’t convert. Through these violent methods, every part of Norway became Christian, at least in name. Various kings’ sagas attribute the Christianization of Iceland and the other Western islands to Olaf’s efforts.

During the later Viking Age, Christianity began making inroads in Sweden, with Episcopal sees being established during the 11th century. Conflict and violence also attended Sweden’s gradual conversion to Christianity, but generally the old and new faith co-existed for many years. Most Swedish Vikings of this time favored a gradual transition to the new religion while continuing some of the old religion’s rituals. By the 12th century, however, Sweden was predominantly Christian.