Colonial America: From Columbus To The American Revolution

History » Revolution and Colonies » Colonial America: From Columbus To The American Revolution
Loading...

The thirteen original colonies of colonial America were established during the 17th and early 18th centuries in what is now the eastern United States. The colonies grew both geographically and numerically from the time of their founding to the American Revolution (1775–81). 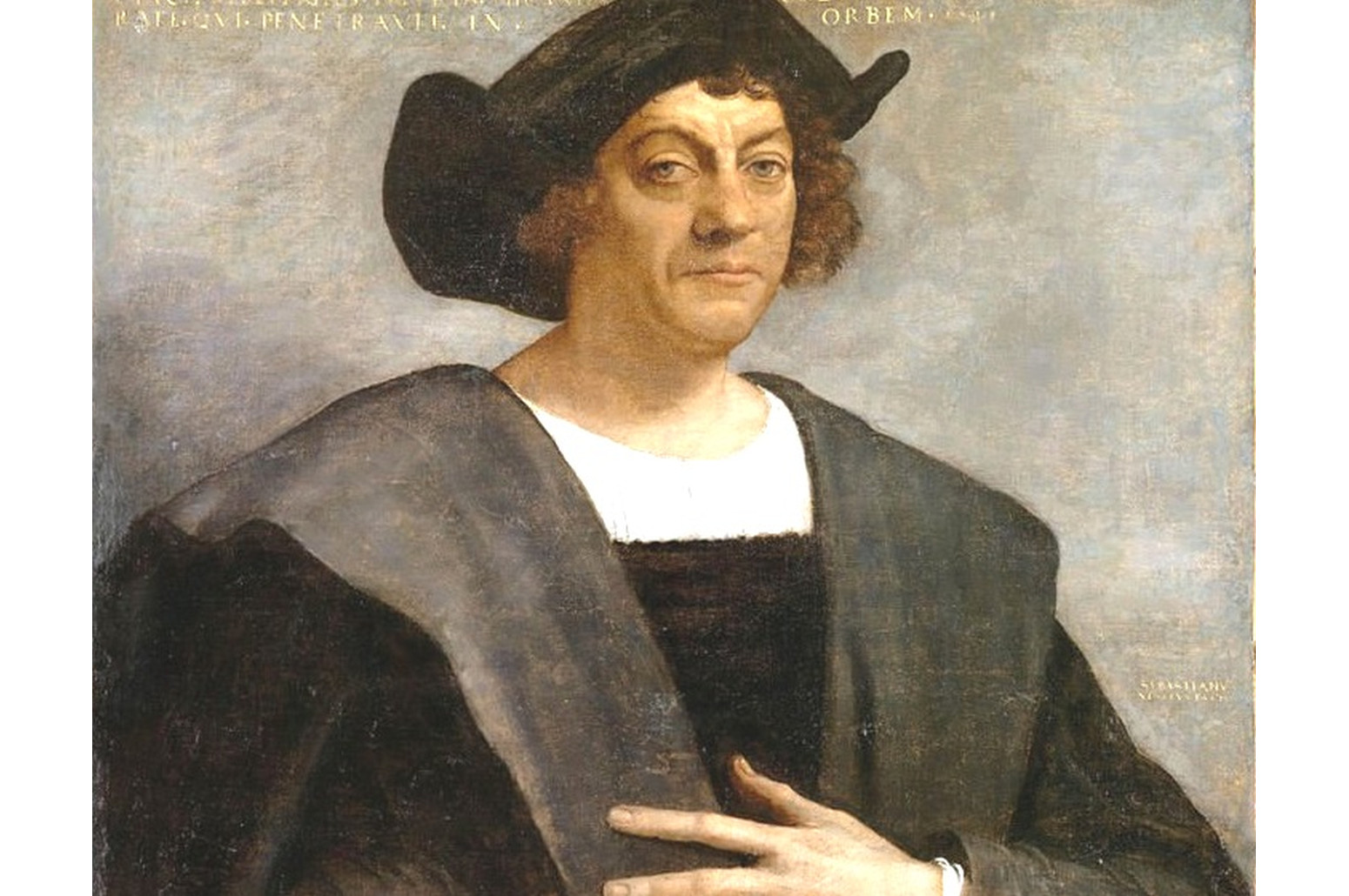 Columbus set off on his first voyage on 3rd August 1492 with three ships, the Santa Maria, the Pinta, and the Nina. On 12th October Columbus sighted land and named the island San Salvador. He had discovered the Bahamas. Believing that he had reached the Indies Columbus called the native people Indians. He explored the island of Cuba and Haiti before returning to Spain.

Columbus embarked on his second voyage on 24th September 1493. His mission was to discover new territories and colonize them. On November 3rd he saw a rugged island and named it Dominica (Sunday). Columbus spent the next six months exploring and colonizing the area before returning to Spain.

Columbus made two further voyages exploring more of the New World and hoping to find the elusive route to the Orient.

Although he was an experienced and gifted sailor, his management skills were poor and on each return voyage, he was faced with the discontent of the native peoples and those Europeans who had been left to colonize the area.

In Colinal America, it was Jamestown Colony Virginia that was the first permanent English settlement in North America. Established on May 14, 1607, the colony gave England its first foothold in the European competition for the New World, which had been dominated by the Spanish since the voyages of Christopher Columbus in the late 15th century.

The development of Jamestown, Virginia, took the opposite path as the northern Puritan Colonies, which had a collectivistic approach to settlement. It began as a distinctly individualistic colony, and only later acquired group cohesion. The early settlement of Virginia was dominated by young, single men. A host of factors, prominent among them Virginia’s (not entirely undeserved) reputation as a disease-ridden deathtrap, served to discourage the kind of family migration that had characterized the Puritan experience. But as the mortality rate declined and the colony’s prosperity became widely known, it became more sensible for entire families to make their homes in the Chesapeake.

Colonial America – 1620: The Pilgrims And The Mayflower

(See Main Article: The Pilgrims And The Mayflower)

“The Pilgrims and Native Americans Were Both On the Verge of Death Upon Meeting. Here’s How They Saved Each Others’ Lives.” 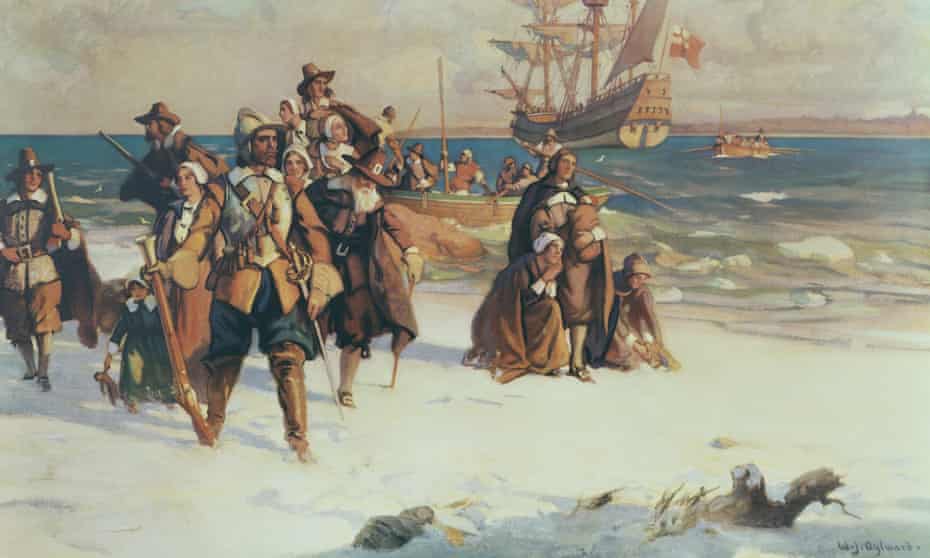 In 1607 Walter Raleigh had founded the colony of Virginia in Colonial America and a number of English companies had begun trading tobacco and other products between the colony and England.

One stock company, anxious to protect their business interests in Virginia recruited 35 members of the radical, Puritan, English Separatist Church, who had fled to Holland. The stock company agreed to finance the voyage for them and in return, they would look after the company’s business in Virginia. Other Puritans keen to start a new life in Colonial America joined the voyage.

The Mayflower left the port of Southampton in August 1620 but was forced to put into Plymouth for repairs. The 102 passengers and 30 crew eventually left Plymouth for Colonial America on 16th September 1620 and steered a course for Virginia. The ship was a double-decked, three-masted vessel and initially, the voyage went well but then storms blew up which blew them off course.

Land was sighted on November 9th and the anchor was dropped. A landing party of sixteen men left the ship on November 15th but failed to find a suitable site to establish a settlement. They set sail again and resumed their search. On December 17th they reached Plymouth Harbour and dropped anchor.

On December 21st the first of the Pilgrim Fathers set foot on what would become Plymouth settlement. The harsh winter weather meant that they were unable to build adequate shelter and many of the travelers died during that first winter. Those that survived the winter went on to build houses and defenses. In the late spring of 1621, a native American Samoset Indian offered to show the settlers how to farm the land and become self-sufficient if the men would help them fight a rival tribe. The settlers agreed and the Plymouth settlement flourished.

The French and Indian War took place between 1754 and 1763 and is also known as the Seven Years’ War. This conflict formed part of a larger struggle between France and Great Britain to expand their empires. Although Great Britain won this war with massive gains inland in North America, it also cost them dearly as it led to more conflict, ultimately resulting in the American Revolution.

(See Main Article: How Did the Colonists React to the Stamp Act?)

When Patrick Henry presented a series of resolutions against the Stamp Act—the first direct tax on the American colonies—in the Virginia House of Burgesses in May 1765, he aimed to defend and preserve the traditional rights of Englishmen. Henry’s verbal assault on the Stamp Act was not a radical cry for equality or democracy; it was not influenced by the wave of “liberal” thought sweeping Europe in the eighteenth century. Virginians, according to the resolves, retained “all the liberties, privileges, franchises, and immunities, that have at any time been held, enjoyed, and possessed by the people of Great Britain . . . as if they had been abiding and born within the realm of England.” Henry insisted that by imposing a direct tax, the Parliament violated the “ancient constitution” of British common law, because the colonists were not and could not be represented in London. This led to the battle cry, “No Taxation without Representation!”

(See Main Article: What Was The Boston Tea Party)

“Did America Switch from Tea to Coffee Due to the Boston Tea Party?” 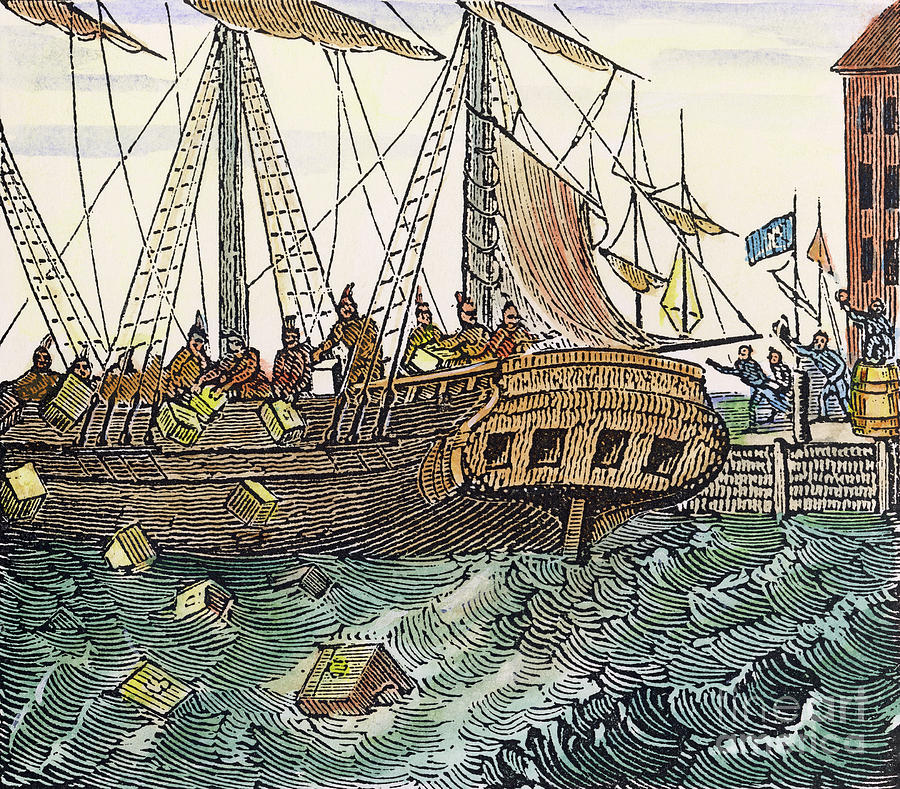 The Boston Tea Party is considered to have been an important event in American History, one that greatly contributed to the American Revolution. On December 16, 1773, demonstrators destroyed an entire East India Company Tea Shipment as part of a political protest to tea taxes and the Tea Act. The tea cargoes from three ships were all offloaded and dumped into the water of the Boston Harbor, ruining the tea.

The main issue demonstrators had was that the British parliament was unfairly taxing them for tea (which the Americans consumed on a great scale). They believed that local authorities should decide on taxes, not the British parliament where the Americans were not represented. Tea used to be smuggled into the colony due to hefty tea taxes, but the Tea Act of 1773 gave the East India Company a monopoly over tea sales. Protesters were unhappy about this and the way Britain has been treating the colonies. 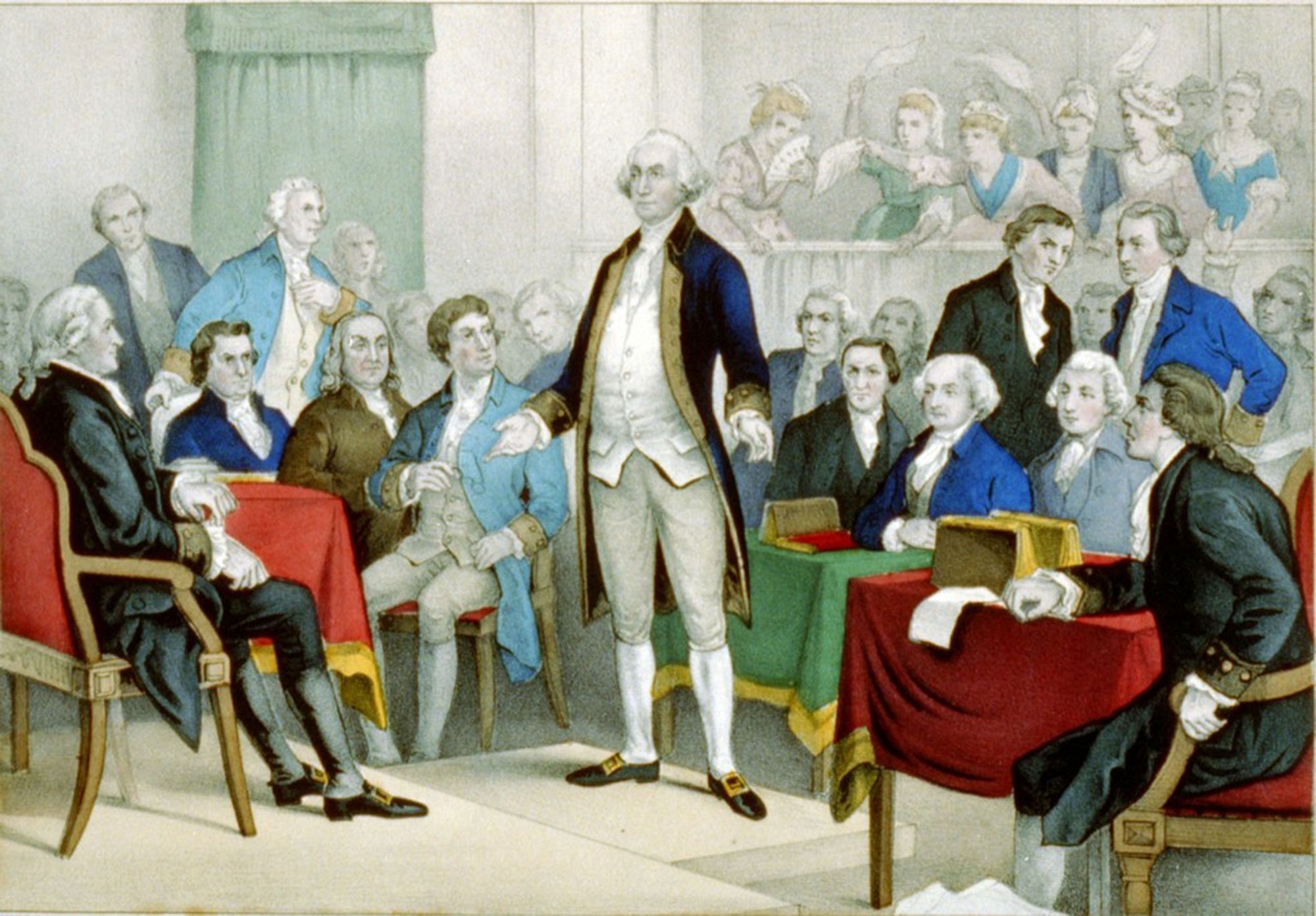 “Key Battles of the Revolutionary War, Part 9: Sidetrack Episode — the Declaration of Independence”

The Battles of Lexington and Concord were of minor military significance but of world-historical importance in the modern era. They were the first military engagements of the Revolutionary War, marking the outbreak of armed conflict between Great Britain and its thirteen colonies on the North American mainland.

Fought on April 19, 1775, the battles of Lexington and Concord ruin British political strategy of ending colonial opposition to the Intolerable Acts and seizing weapons of rebels. Revolutionary leaders such as John Adams considered the battle to be a point of no return: “The Die was cast, the Rubicon crossed,” he said.

Colonial America – 1776: The Declaration of Independence

(See Main Article: When Was the Declaration of Independence Written?) 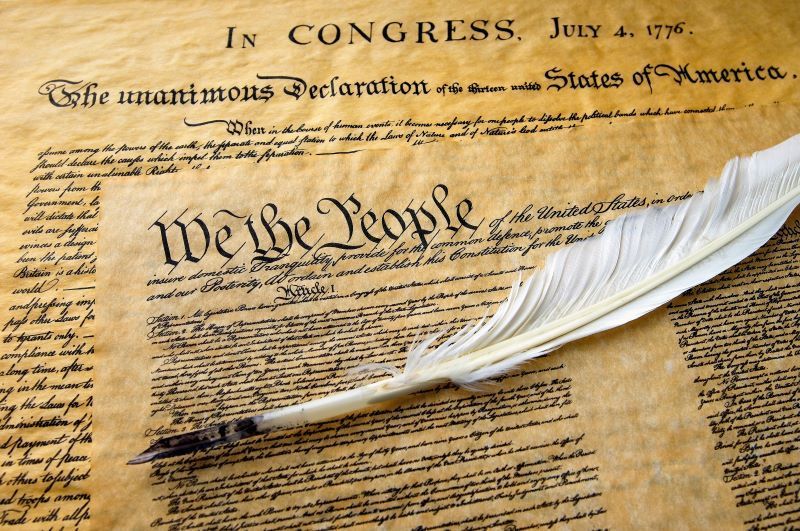 The Declaration of Independence, which became one of the most important documents in American history, wasn’t written on a single date, but rather over a period of time between June 11 and July 4, 1776. The document is an announcement that the thirteen American colonies now regard themselves as sovereign, independent states, no longer part of the British Empire. By the time Congress voted on independence, the document was already drafted.

“Key Battles of the Revolutionary War, Part 9: Sidetrack Episode — the Declaration of Independence”

Congress decided to order a draft declaration on June 11, 1776 and appointed a committee of five men to do so: Robert R. Livingston, Tomas Jefferson, Benjamin Franklin and John Adams. How exactly the drafting process proceeded is unclear, as the committee didn’t leave any minutes of their meetings. They had however decided that Jefferson was to write the first draft. Apparently they initially wanted to appoint Adams, but he insisted that Jefferson do the writing. Somewhere over the next 17 days Jefferson created the first draft, drawing inspiration from George Mason’s draft of the Declaration of Rights of Virginia and his own draft of the planned Virginia Constitution. 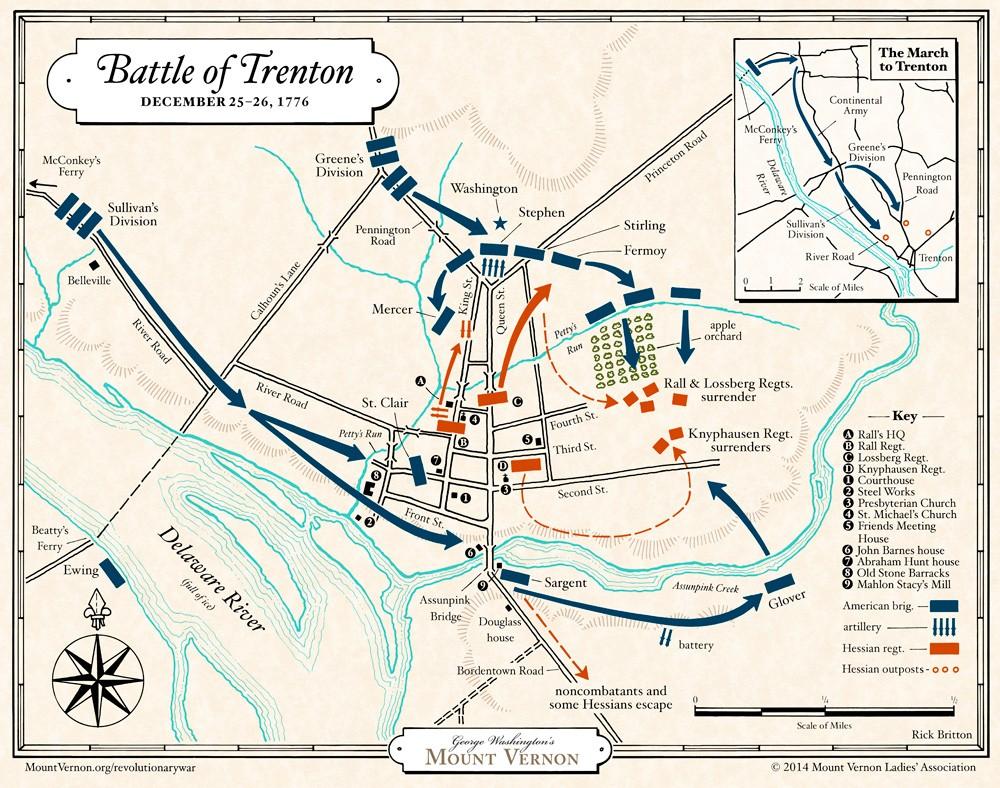 The Battle of Trenton was a small but crucial battle during the American Revolutionary War. It happened on the morning of December 26, 1776, in Trenton, New Jersey.

Colonial America – The Battle of Trenton 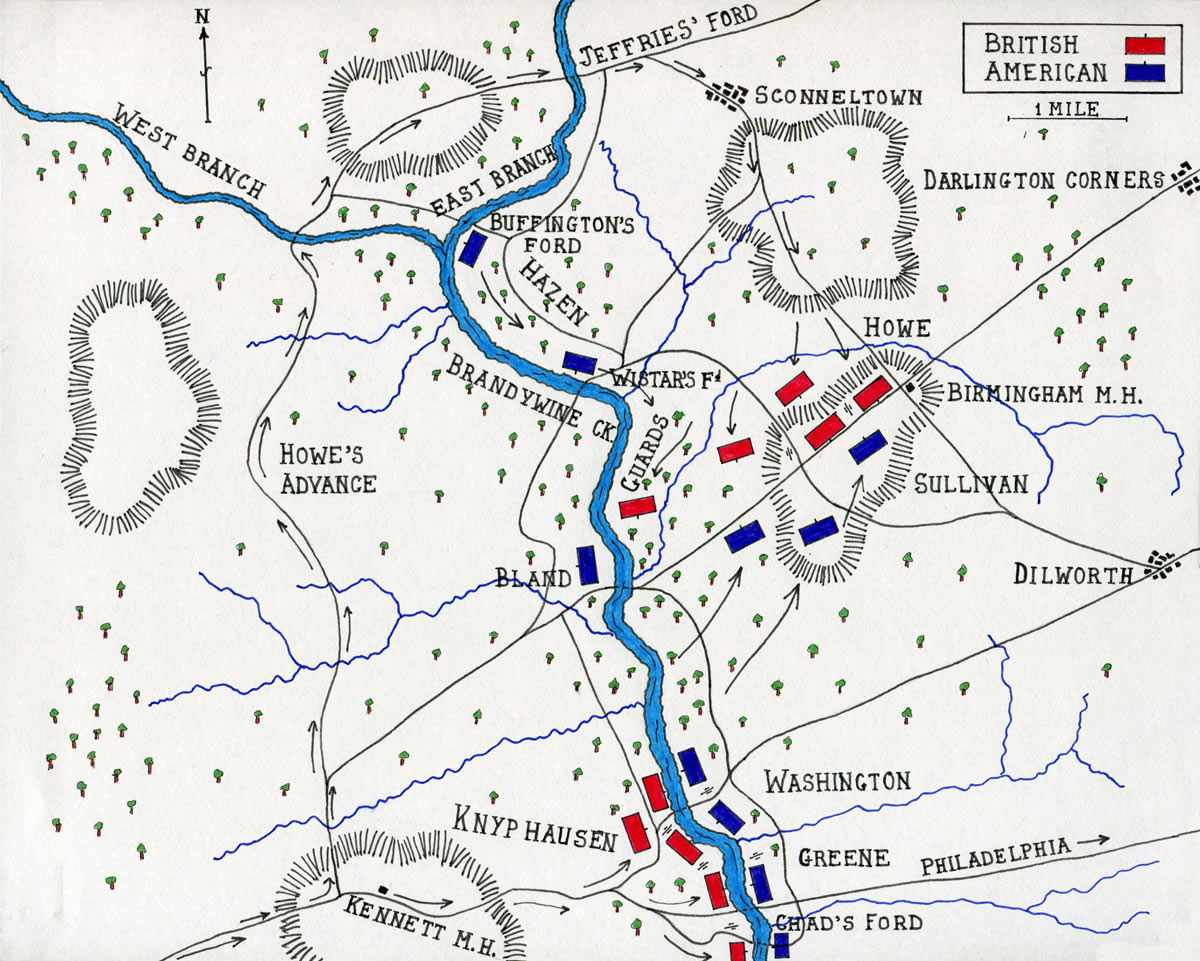 Valley Forge history recounts one of the darkest moments in the Revolutionary War. The site itself was the third of eight military encampments for the Continental Army’s main body which General George Washington commanded.