Last Night on the Titanic 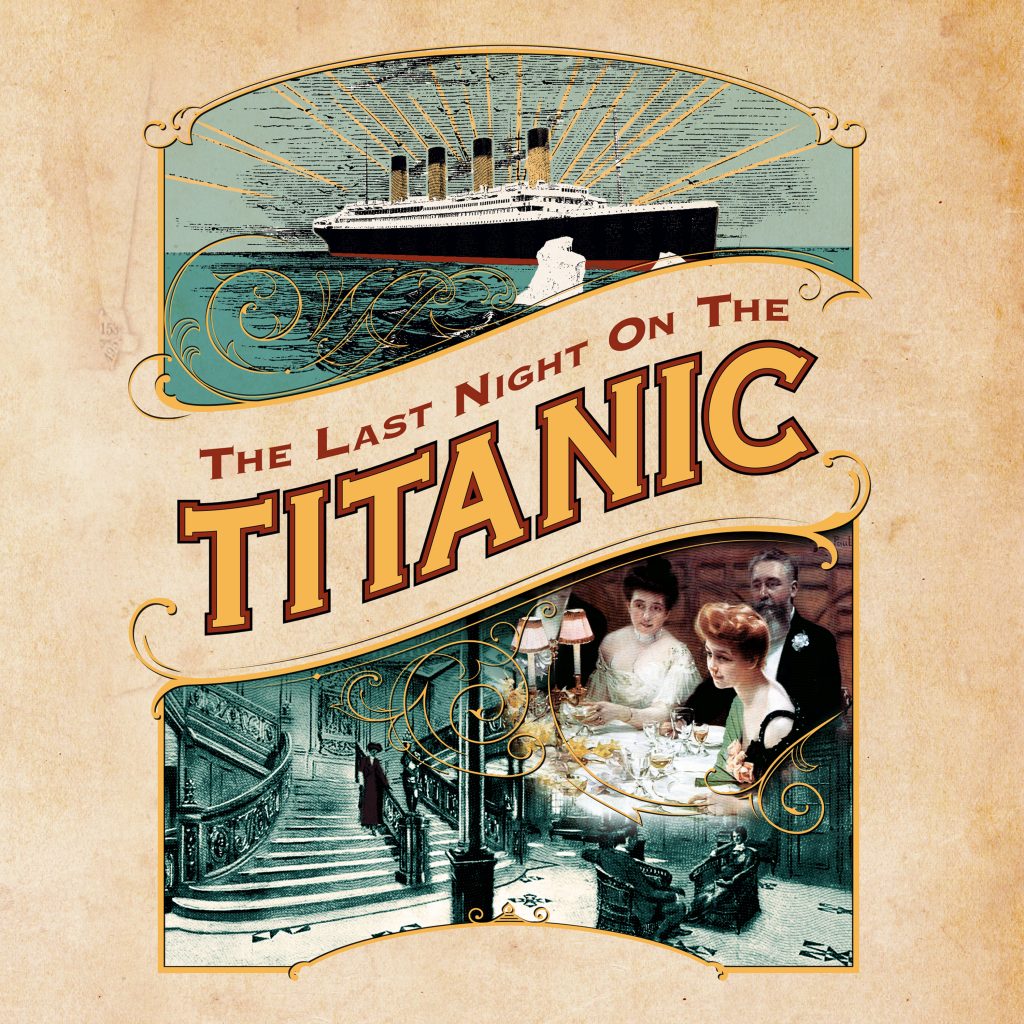 On the night of April 14, 1912, in the last hours before the Titanic struck the iceberg, passengers in all classes were enjoying unprecedented luxuries. Innovations in food, drink, and decor made this voyage the apogee of Edwardian elegance.

This episode is a series I’m doing with Titanic historian Veronica Hinke called “Last Night on the Titanic.” In it we look at individual accounts of tragedy and survival from the figures that made up the passengers and crew of the ship. They include millionaires, artists, fashionistas, bakers, cookers, musicians, doctors, and con-men.

To recreate the experience of what it was like to be on the Titanic before disaster was on anyone’s mind, Veronica also goes into detail of the food and drink consumer on the ship, from tripe soup eaten by a third-class passenger to the fancy dessert eaten by a Edwardian lady.

Introduction to Last Night on the Titanic

In this episode we are looking at the life of Charles Joughin, a colorful character who has appeared in both film version of the Titanic. After the sinking, Joughin claimed he knew it was an iceberg that struck the ship because he saw a polar bear— and it waved to him (although, it should be noted, he told this story to nieces and nephews largely to mask the horror of that last night aboard the Titanic).

One legendary fixture on the Titanic was a gregarious popcorn vendor known as Popcorn Dan (Coxon). He was one of America’s first food truck operators and a highly successful purveyor of popcorn.

Coxon lived an interesting life. He resided in a Queen Anne house on the Wisconsin river, which people thought was haunted. He dressed in a fur-lined coat and loved to maintain a flashy appearance. But he was still a working-class man. For that reason, our culinary spotlight on him is a staple of laborers in the early 20th century (now it’s a delicacy)—Tripe and Onion Soup.

The sinking of the Titanic is memorable for its countless stories, and the reason that so many of them have found their way down to us today was the many writers that were onboard the ship. The first draft of history about the Titanic was written by man prominent writers. We will focus on five in this episode.

The cooks and other support staff of the Titanic “drowned like rats” due to not being assigned a clear place in the pecking order of escapees. One who did survive was French cook Paul Mauge, who used his extraordinary wits to survive. This episode chronicles how cooks like Mauge arrived on the Titanic, how they survived (or didn’t), and what it was like for the service personnel on the night the ship went down.

Mr. Rogers once said, “When there is a disaster, always look for the helpers; there will always be helpers.

Many died on the night of the Titanic’s sinking, but many more would have died if not for the heroic efforts of such helpers as the “unsinkable” Molly Brown and Benjamin Guggenheim, a millionaire who acted with utter calm as he gently assisted women and children to lifeboats, knowing he would die within the hour. Other helpers personally swam infants to lifeboats, using every last breath to help others before they themselves perished.

Many Titanic passengers were known for setting the styles. In this episode we will profile the two Luciles: famed fashionistas Lady Lucy Duff-Gordon and Lucile Polk Carter. We will also look at John Jacob Astor IV, perhaps the world’s richest man at the time. He founded hotels that were ground-breaking in their day and continue to set trends long after the eponymous founder’s death.

The musicians of the Titanic famously continued playing as the ship went down, a testimony to practicing one’s craft until their dying breath. But did it really happen like this?

Varying accounts exist as to whether the band played until the end and also about what the band was playing. We will explore the accounts in this episode.

The Titanic was filled with medical professionals either working as ship personnel or traveling in a non-professional capacity. There were also plenty of con artists aboard, hoping to worm their way into the wills of wealthy widows. Learn about their stories in this episode.

In the final episode in this series, Veronica and Scott discuss the enduring legacy of the Titanic and why a disaster that happened 107 years ago still captures our imaginations.